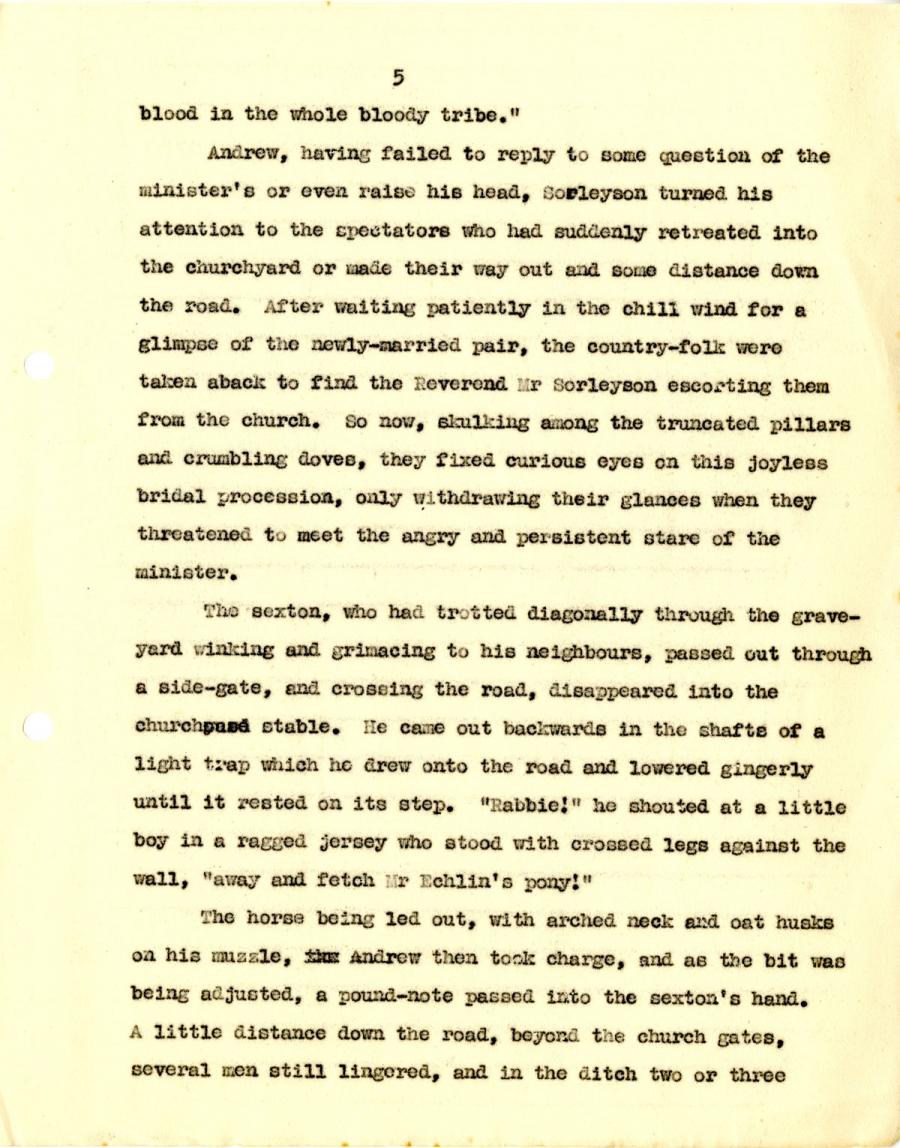 blood in the whole bloody tribe,"

Andrew, having failed to reply to some question of the

minister's or even raise his head, Sorleyson turned his

attention to the spectators who had suddenly retreated into

the churchyard or made their way out and about distance down

the road. After waiting patiently in the chill wind for a

glimpse of the newly-married pair, the country-foils: were

taken aback to find the Reverend Mr Sorleyson escorting them

from the church, so now, skulking along the truncated pillars

and crumbling doves, they fixed curious eyes on this Joyless

bridal procession, only withdrawing their glances when they

threatened to meet the angry and persistent stare of the

The sexton, who had trotted diagonally through the grave-

yard oinking and grimacing to his neighbours, passed out through

a side-gate, and crossing the road, disappeared into the

churchyard stable. He came out backwards in the shafts of a

light trap which he drew onto the road and lowered gingerly

until it rested on its step. "Rabbie!” he shouted at a little

The horse being led out, with a relied neck and oat husks

on his muzzle, Site Andrew then took charge, and as the bit was

being adjusted, a pound-note passed into the sexton's hand.

A little distance down the road, beyond the church gates,

several men still lingered, and in the ditch two or three