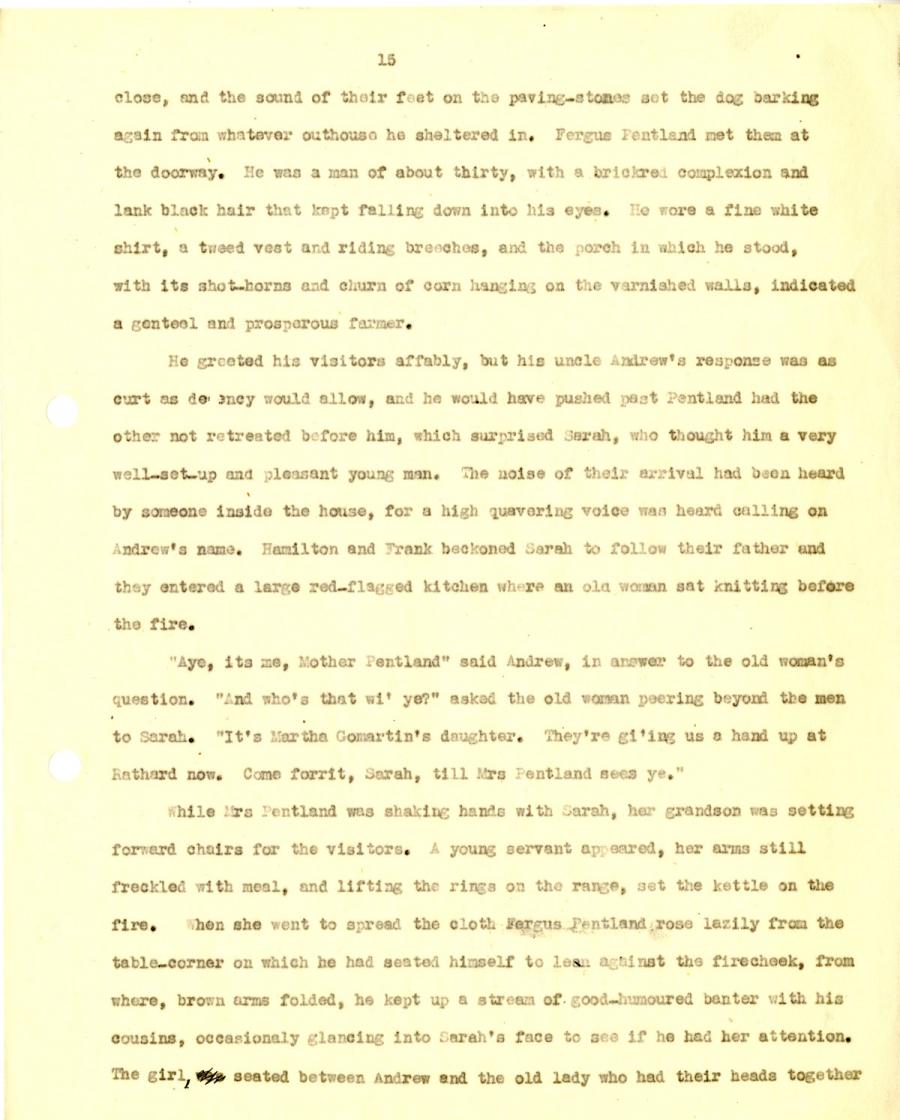 close, and the sound of their feet on the paving-stones at the dog barking

again from whatever outhouse he sheltered in. Fergus I out land net than at

the doorway. He was a man of about thirty, with a brickrei complexion and

lank black hair that kept falling down into his eyes’. He wore a fine white

shirt, a tweed vest and riding breaches, and the porch in which he stood,

with its 3hot-horns and churn of corn hanging on the varnished walls, indicated

a genteel and prosperous farmer.

Ho greeted his visitors affably, but his uncle Andrew’s response was as

curt as decency would allow, and ho would have pushed post Pentland had the

other not retreated before him, which surprised Jarah, who thought him a very

well-set-up and pleasant young man. The noise of their arrival had been heard

by someone inside the house, for a high quavoring voice was heard calling on

Andrew's name. Hamilton and Frank beckoned Sarah to follow their father and

"Aye, its me, Mother Pentland” said Andrew, in answer to the old woman’s

question. "And who’s that wi’ ye?" asked the old woman peering beyond the men

to Sarah. "It’s Martha Gomartin’s daughter. They’re giving us a hand up at

While Mrs Pentland was shaking hands with Sarah, her grandson was settle

forward chairs for the visitors. A young servant appeared, her arms still

freckled with meal, and lifting the rings on tho range, set the kettle on the

fire. When she went to spread the cloth Fergus Pentland rose lazily from the

table-corner on which he had seated himself to lean against the firecheek, from

where, brown arms folded, he kept up a stream of - good-humoured banter with his

cousins, occasionaly glancing into Sarah’s face to see if he had her attention.

The girl, seated between Andrew and the old lady who had their heads together