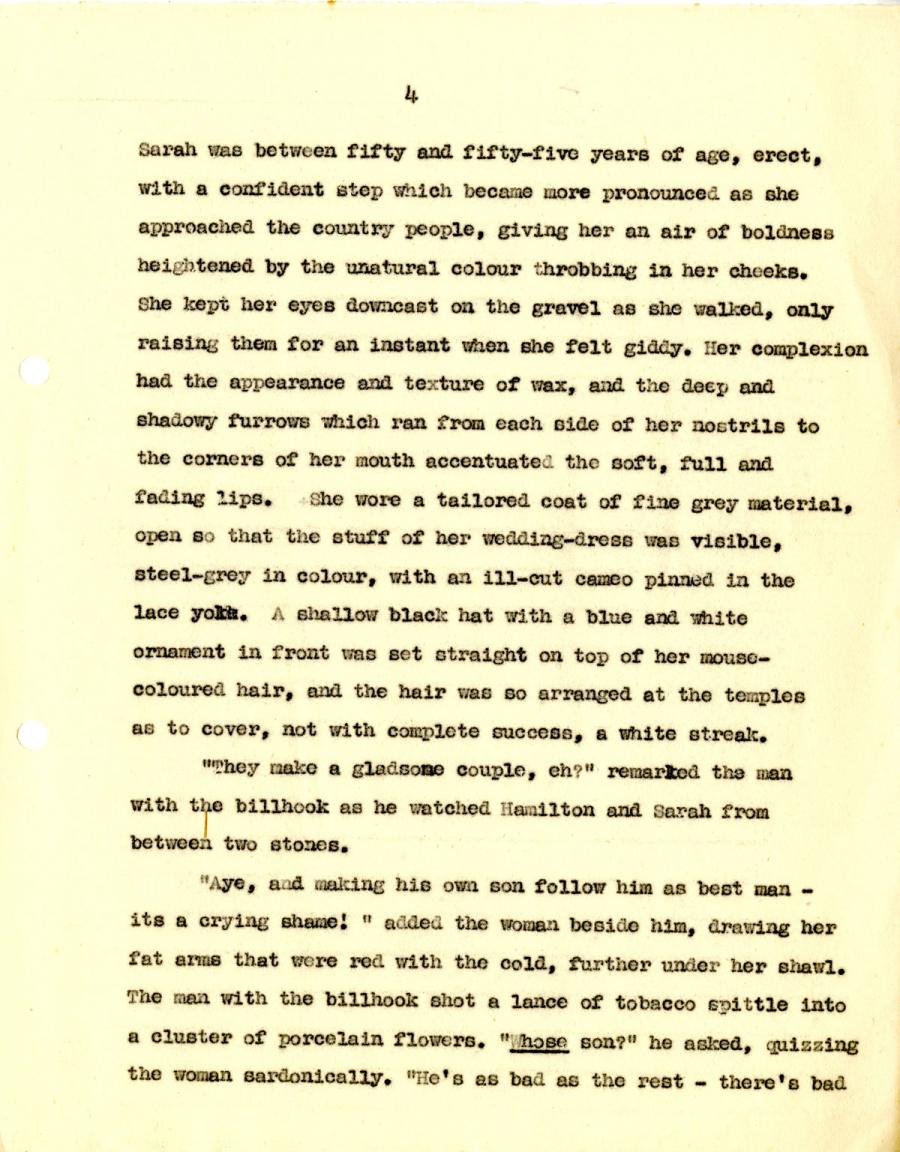 Sarah was between fifty and fifty-five years of age, erect,

with a confident step which became more pronounced as she

approached the country people, giving her an air of boldness

heightened by the unnatural colour throbbing in her cheeks.

She kept her eyes downcast on the gravel as she walked, only

raising them for an instant when she felt giddy. Her complexion

had the appearance and texture of wax, and the deep and

shadowy furrows which ran from each side of her nostrils to

the comers of her mouth accentuated the soft, full and

open so that the stuff of her wedding-dress was visible,

steel-grey in colour, with an ill-cut cameo pinned in the

lace yoke. A shallow black hat with a blue and white

ornament in front was set straight on top of her mouse-

coloured hair, and the hair was so arranged at the temples

as to cover, not with complete success, a white streak.

"They make a gladsome couple, eh? He remarked the man

with the billhook as he watched Hamilton and Sarah from

"Aye, and making his own son follow him as best man -

its a crying shame• ” added the woman beside him, drawing her

fat arms that were red with the cold, further under her shawl.

a cluster of porcelain flowers. " whose son?" he asked, quizzing

the woman sardonically. "He’s as bad as the rest - there’s bad