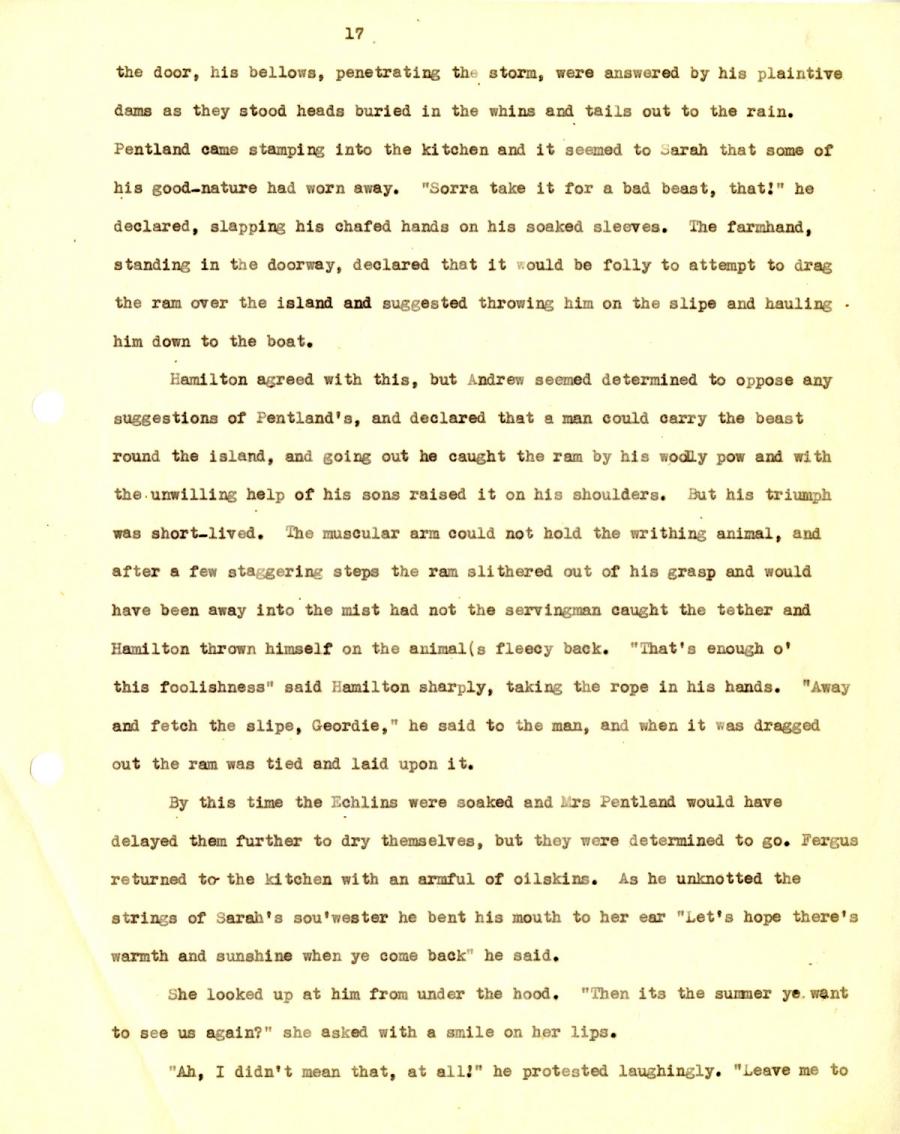 the door, his bellows, penetrating the storm, were answered by his plaintive

dams as they stood heads buried in the whins and tails out to the rain.

his good-nature had worn away. "Sorra take it for a bad beast, that!” he

declared, slapping his chafed hands on his soaked sleeves. The farmhand,

standing in the doorway, declared that it would be folly to attempt to drag

him down to the boat.

Hamilton agreed with this, but Andrew seemed determined to oppose any

suggestions of Pentland's, and declared that a man could carry the beast

round the island, and going out he caught the ram by his woolly pow and with

the unwilling help of his sons raised it on his shoulders. But his triumph

was short-lived. The muscular arm could not hold the writhing animal, and

Hamilton thrown himself on the animal(s fleecy back. "That’s enough o'

this foolishness” said Hamilton sharply, taking the rope in his hands. "Away

and fetch the slipe, Geordie,” he 3aid to the man, and when it was dragged

out the ram was tied and laid upon it.

delayed them further to dry themselves, but they were determined to go. Fergus

returned to- the kitchen with an armful of oilskins. As he unknotted the

warmth and sunshine when ye come back" he said.

She looked up at him from tinder the hood. "Then its the summer ye want

to see us again?" she asked with a smile on her lips.

"Ah, I didn’t mean that, at all!” he protested laughingly. "Leave me to