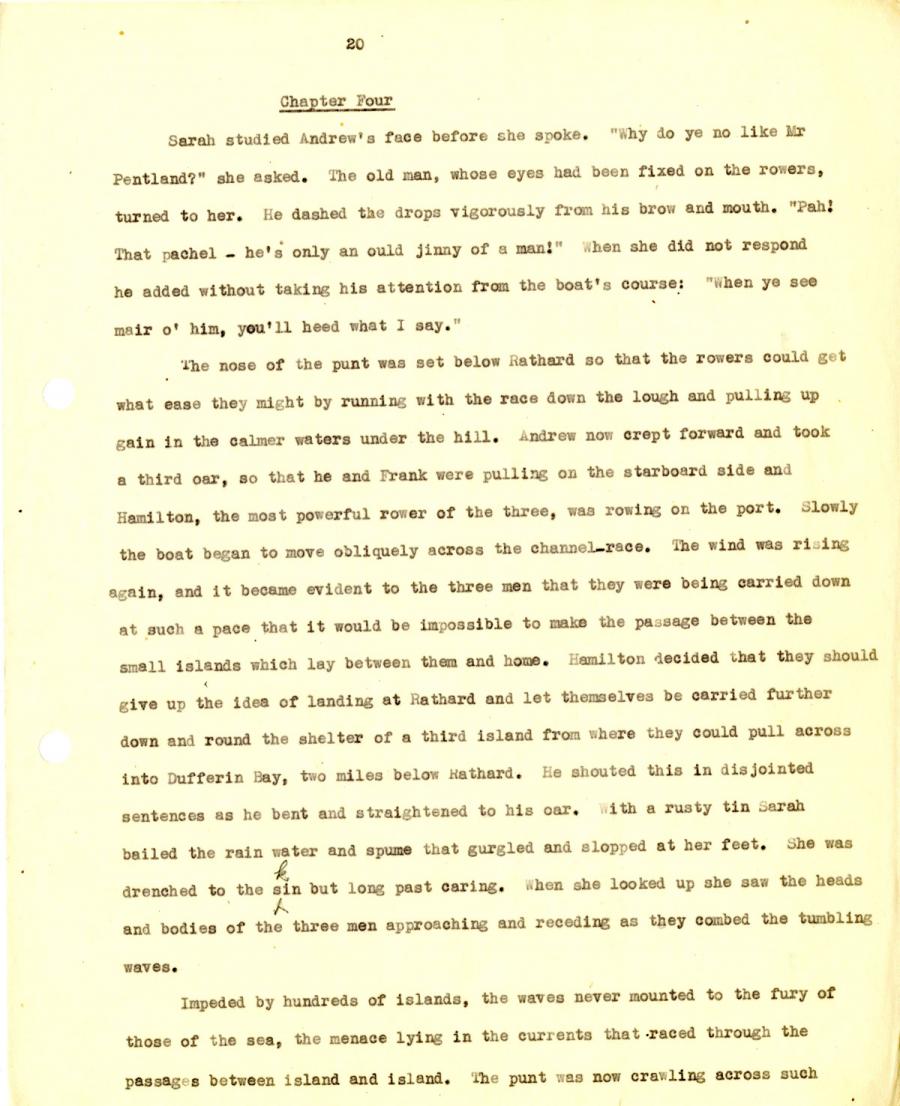 Sarah studied Andrew's face before she spoke. “Why do ye no like

Pentland?" she asked. The old nan, whose eyes had been fixed on the rowers,

turned to her. He dashed the drops vigorously from his brow and mouth. "Pah:

That pachel - he's only an ould jinny of a man!” When she did not respond

he added without taking his attention from the boat's course: "when ye see

gain in the calmer waters under the hill. Andrew now crept forward and took

a third oar, so that he and Frank were pulling on the starboard side and

Hamilton, the most powerful rower of the three, was rowing on the port. Slowly

the boat began to move obliquely across the channel-race. The wind was rising

again, and it became evident to the three men that they were being carried down

small islands which lay between them and home. Hamilton decided what they should

into Dufferin bay, two miles below Rathard. He shouted this in disjointed

sentences as he bent and straightened to his oar,witih a rusty tin Sarah

bailed the rain water and spume that gurgled and slopped at her feet. She was

drenched to the skin but long past caring, »hen she looked up she saw the heads

Impeded by hundreds of islands, the waves never mounted to the fury of

those of the sea, the menace lying in the currents that raced through the

passages between island and island. The punt was now crawling across such