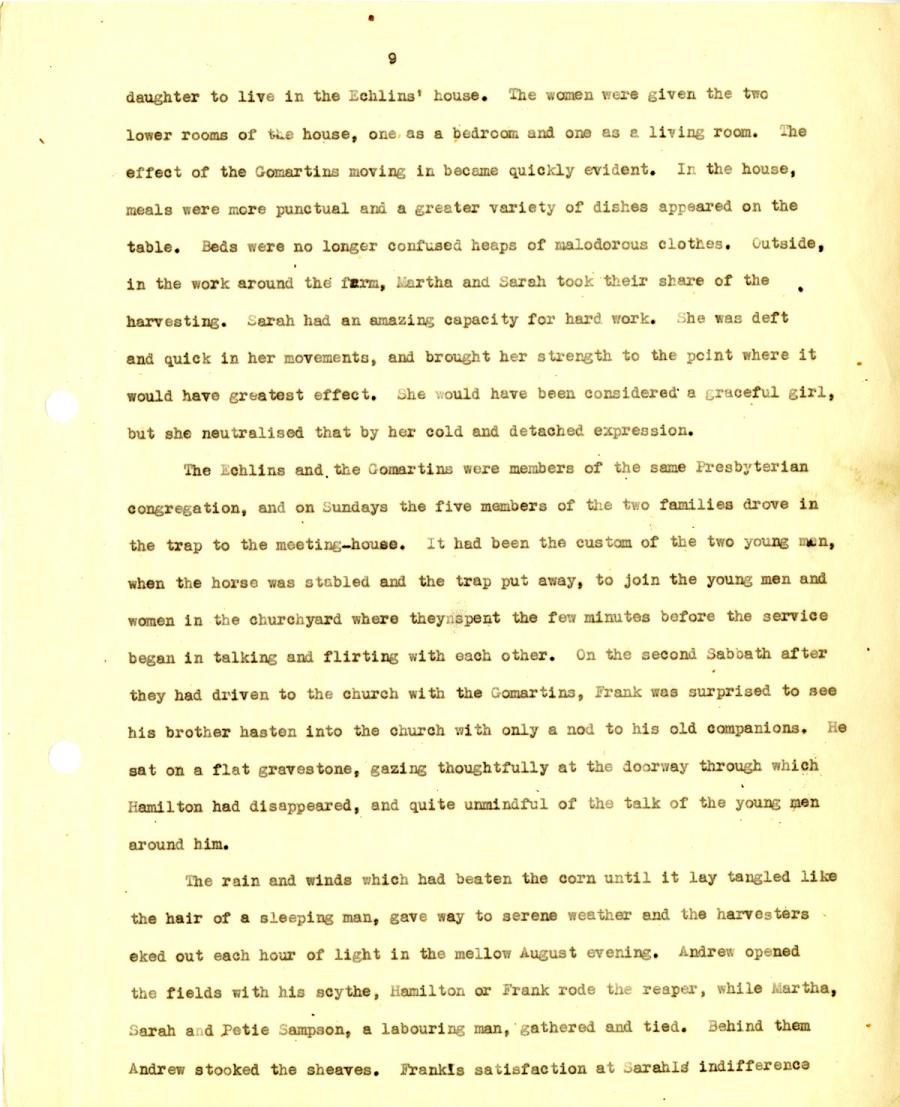 daughter to live in the Echlins’ house. The women were given the two

lower rooms of the house, one as a bedroom and one as a living room, She

effect of the Gomartins moving in became quickly evident. Ir. the house,

table. Beds were no longer confused heaps of malodorous clothes. Outside,

in the work around the' f»rm, Martha and Gar ah took their share of the

harvesting. Sarah had an amazing capacity for hard work, -he was deft

and quick in her movements, and brought her strength to the point where it

would have greatest effect, she sould have been considered' a graceful girl,

but she neutralised that by her cold and detached expression.

The Echlins and the Gomartins were members of the same Presbyterian

congregation, and on Sundays the five members of the two families drove in

the trap to the meeting-house. It had been the custom of the two young men,

when the horse was stabled and the trap put away, to join the young men and

began in talking and flirting with each other. On the second Sabbath after

they had driven to the church with the Gomartins, Frank was surprised to see

his brother hasten into the church with only a nod to his old companions, he

sat on a flat gravestone, gazing thoughtfully at the doorway through which

Hamilton had disappeared, and quite unmindful of the talk of the young men

the hair of a sleeping man, gave way to serene weather and the harvesters

eked out each hour of light in the mellow August evening. Andrew opened

the fields with his scythe, Hamilton or Frank rode the reaper, while Martha,

Sarah and Peter Sampson, a labouring man, gathered and tied. Behind them