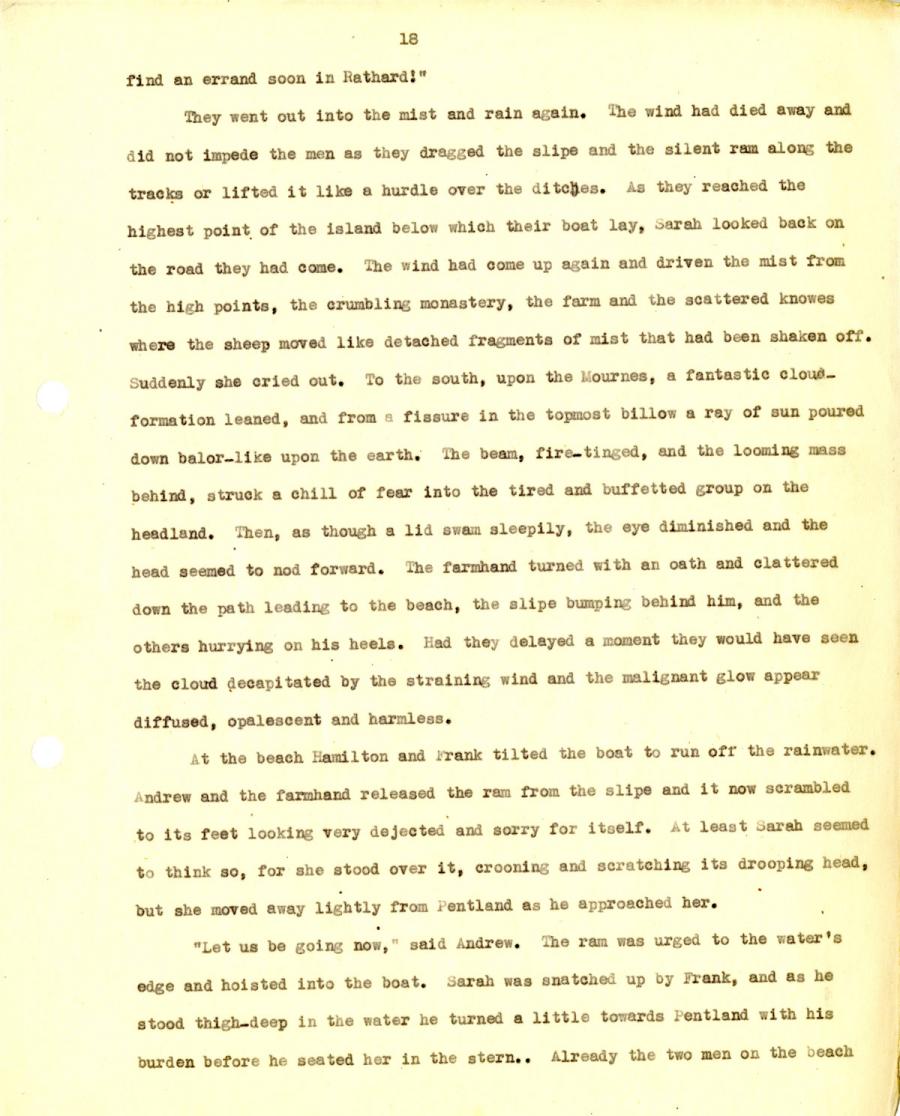 find an errand soon in Rathard!”

They went out into the mist and rain again. The wind had died away and

tracks or lifted it like a hurdle over the ditches. As they reached the

highest point of the island below which their boat lay, Sarah looked back on

the road they had come. The wind had come up again and driven the mist from

the high points, the crumbling monastery, the farm and the scattered knowes

Suddenly she cried out. To the south, upon the Mournes, a fantastic cloud-

formation leaned, and from a fissure in the topmost billow a ray of sun poured

down balor-like upon the earth. The beam, fire-tinged, and the looming mass

behind, struck a chill of fear into the tired and buffetted group on the

headland. Then, as though a lid swam sleepily, the eye diminished and the

head seemed to nod forward. The farmhand turned with an oath and clattered

down the path leading to the beach, the slipe bumping behind him, and the

others hurrying on his heels. Had they delayed a moment they would have seen

to its feet looking very dejected and sorry for itself, At least Sarah seemed

to think so, for she stood over it, crooning and scratching its drooping head,

but she moved away lightly from Pentland as he approached her.

"Let us be going now,” said Andrew. The ram was urged to the water’s

edge and hoisted into the boat. Sarah was snatched up by Frank, and as he

burden before he seated her in the stern.. Already the two men on the beach