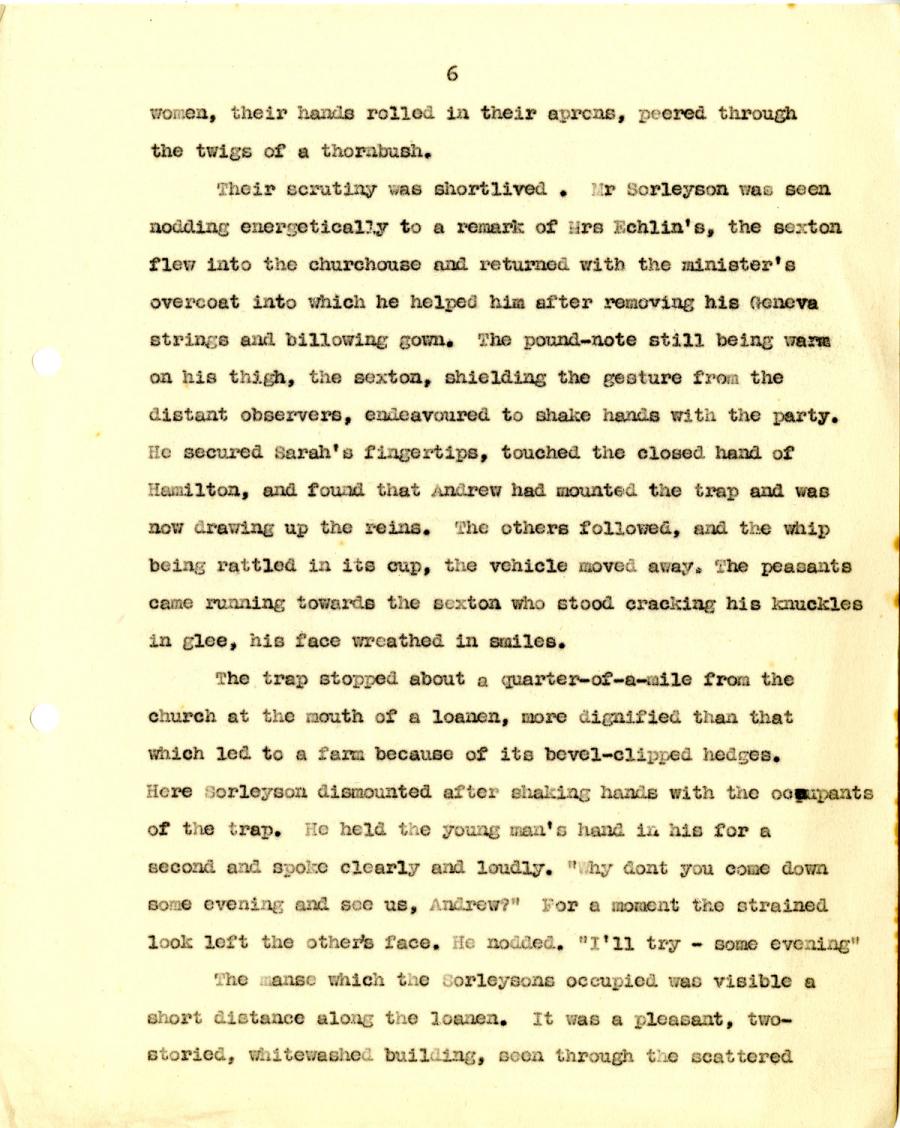 women, their hands rolled in their aprons, peered through

the twigs of a thornbush.

Their scrutiny was short-lived. Mr Sorleyson was seen

nodding energetically to a remark of Mr Echlin’s, the sexton

flew; into the church-house and returned with the minister’s

overcoat into which he helped him after removing his Geneva

strings and billowing gown. The pound-note still being warm

on his thigh, the sexton, shielding the gesture from the

distant observers, endeavoured to shake hands with the party.

He secured Sarah’s fingertips, touched the closed hand of

Hamilton, and found that Andrew had mounted the trap and was

now drawing up the reins. The others followed, and the whip

being rattled in its cup, the vehicle moved away. The peasants

came running towards the sexton who stood cracking- his knuckles

in glee, his face wreathed in smiles.

The trap stopped about a quarter-of-a-mile from the

church at the mouth of a loanen, more dignified than that

which led to a farm because of its bevel-clipped hedges.

Here Sorleyson dismounted after shaking hands with the occupants

of the trap. Ho held the young man’s hand in his for a

second and spoke clearly and loudly. “why don’t you come down

some evening and see us, Andrew?" For a moment the strained

The manse which the Sorleysons occupied was visible a

short distance along the loanen. It was a pleasant, two-