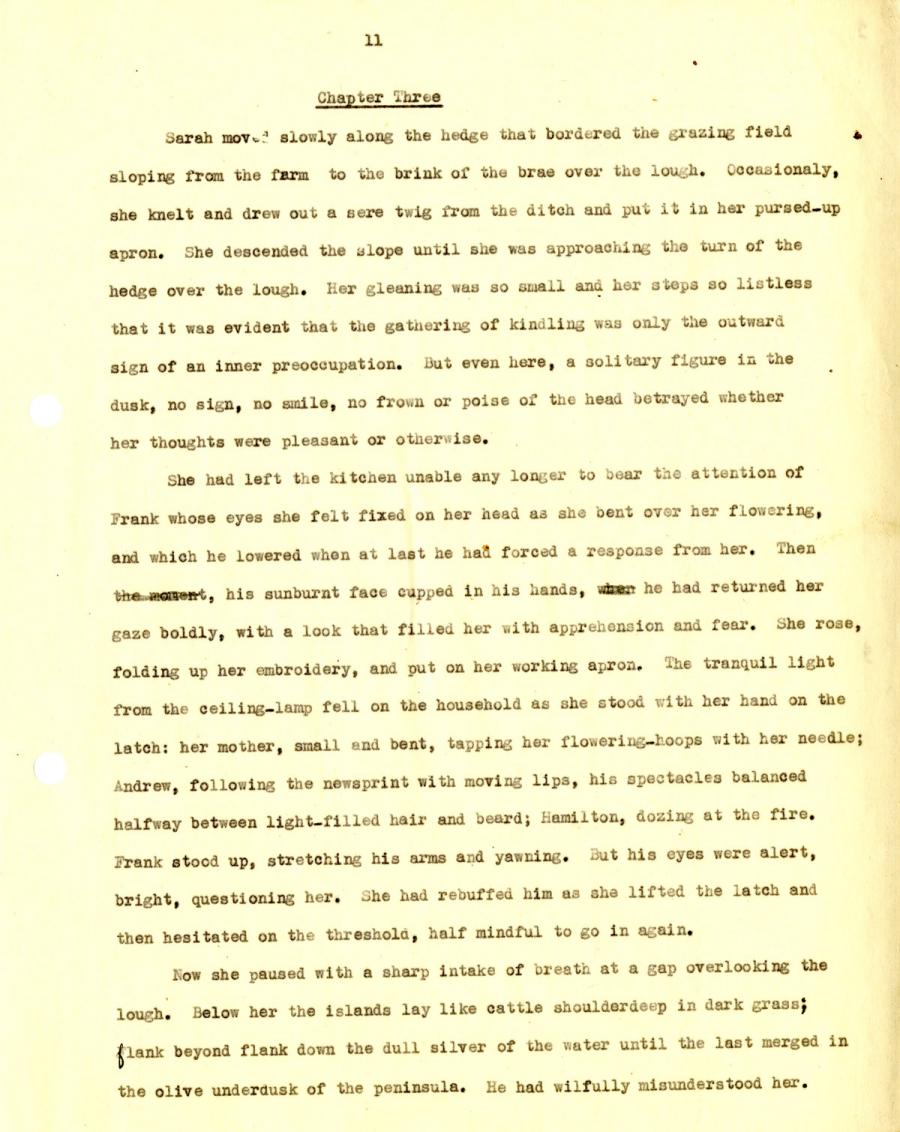 Sarah moved slowly along the hedge that bordered the grazing field

sloping from the farm to the brink of the brae over the lough. Occasionaly,

apron. She descended the slope until she was approaching the turn of the

hedge over the lough. Her gleaning was so small and her steps so listless

3ign of an inner preoccupation. But even here, a solitary figure in the

dusk, no sign, no smile, no frown or poise of the head betrayed whether

her thoughts were pleasant or otherwise.

Frank whose eyes she felt fixed on her head as she went over her flowering,

and which he lowered when at last he had forced a response from her. Then

Mm..wcasaftt, his sunburnt face cupped in his hands, when he had returned her

gaze boldly, with a look that filled her with apprehension and fear. She rose,

folding up her embroidery, and put on her working apron. The tranquil light

latch: her mother, small and bent, tapping her flowering-hoops with her needle;

Andrew, following the newsprint with moving lips, his spectacles balanced

halfway between light-filled hair and beard; Hamilton, dozing at the fire.

Frank stood up, stretching his arms and yawning. But his eyes were alert,

bright, questioning her. She had rebuffed him as she lifted the latch and

then hesitated on the threshold, half mindful to go in again.

lough. Below her the islands lay like cattle shoulder deep in dark grass

the olive under dusk of the peninsula. He had wilfully misunderstood her.