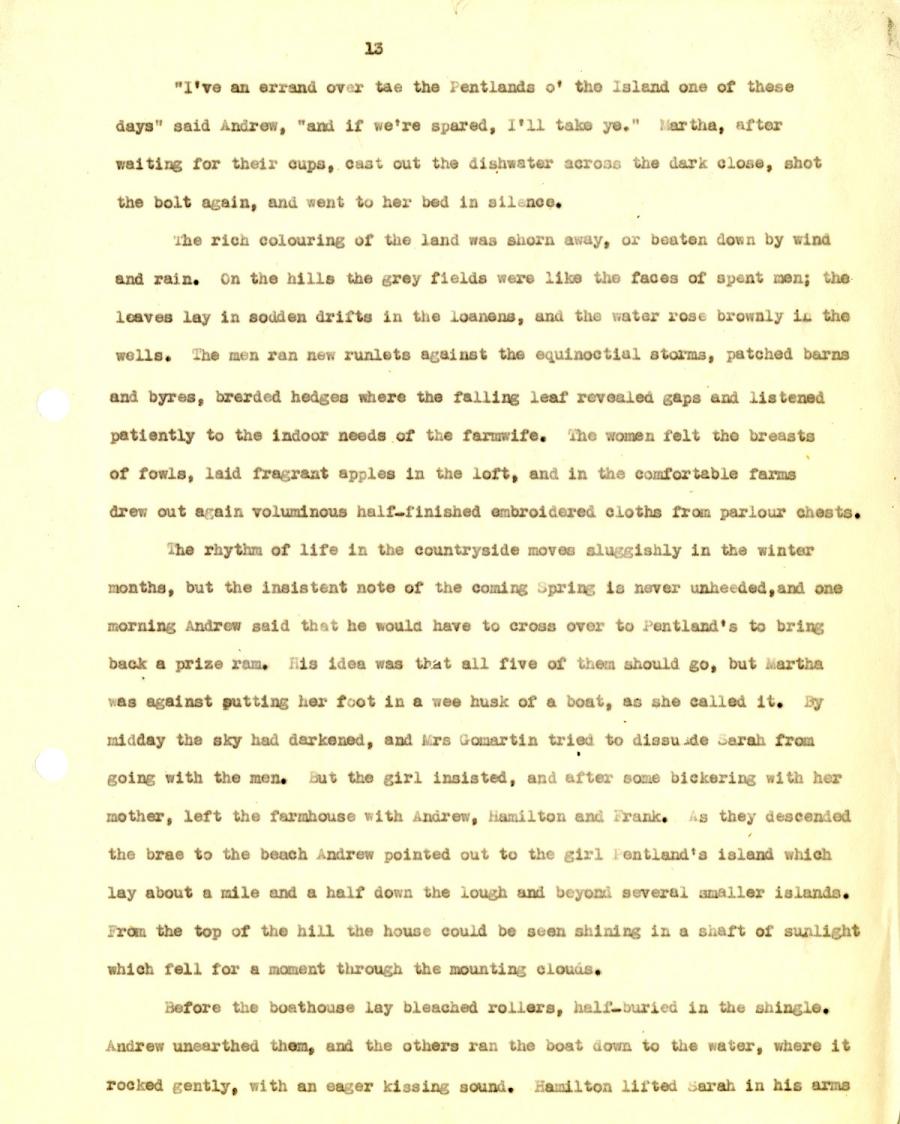 waiting for their cups, cast out the dishwater across the dark close, shot

the bolt again, then went to her bed in silence.

The rich colouring of the land was shorn away, or beaten down by wind

and rain. On the hills the grey fields were like the faces of spent men; the

loaves lay in sodden drifts in the poanena, and the water rose broadly is the

and byres, breaded hedges where the falling leaf revealed gaps and listened

patiently to the indoor needs of the farmwife. The women felt the breasts

of fowls, laid fragrant apples in the loft, and in the comfortable farms

months, but the insistent note of the coming spring is never unheeded,and one

back a prize ram, his idea was that all five of them should go, but Martha

was against putting her foot in a wee husk of a boat, as she called it, By

midday the sky had darkened, and Mrs Gomartin tried to dissude Sarah from

going with the men, out the girl insisted, and after some bickering with her

mother, left the farmhouse with Andrew, Hamilton and rank, as they descended

lay about a mile and a half down the lough and beyond several smaller islands,

which fell for a moment through the mounting clouds, before the boathouse lay

bleached rollers, half-eurieu in the shingle*

Andrew unearthed then, and the others ran the boat down to the water, where it

rocked gently, with an eager kissing sound, . Hamilton lifted Sarah in his arms