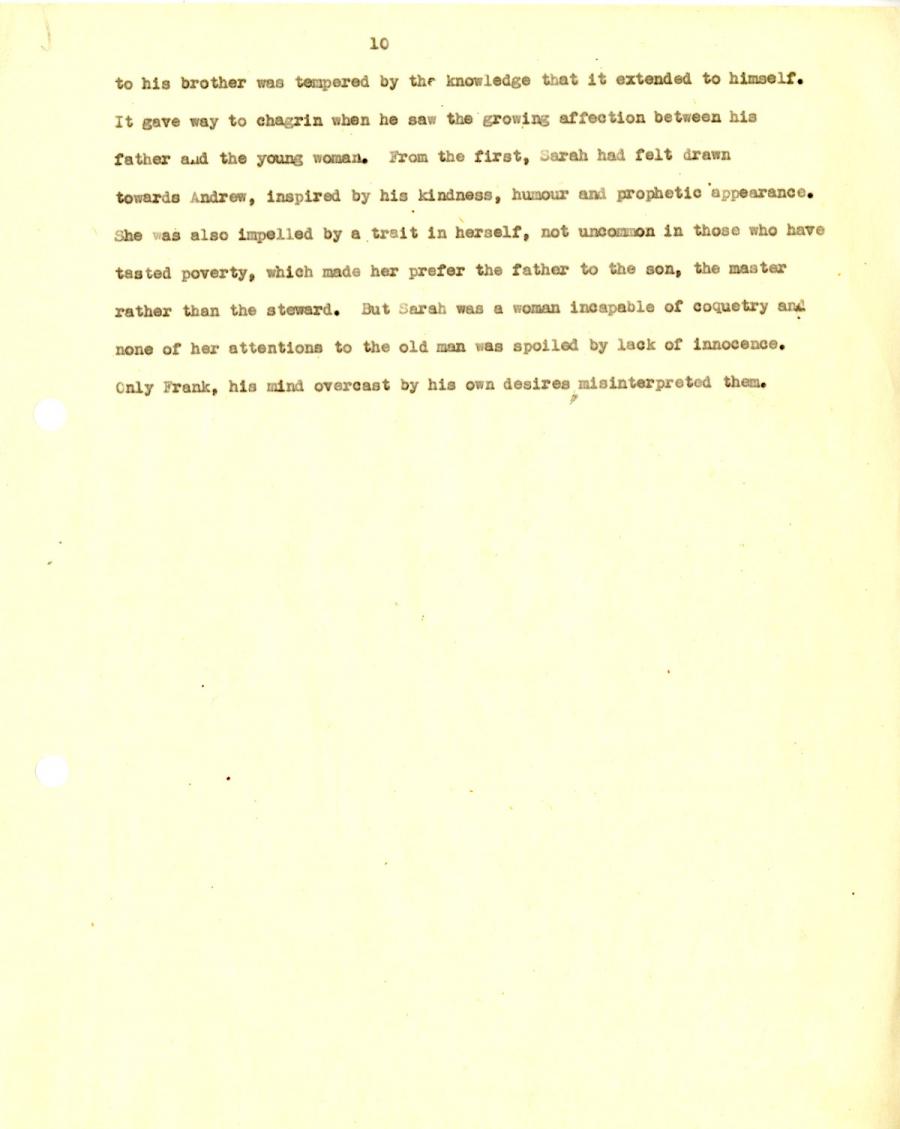 to his brother was tempered by the knowledge that it extended to himself.

father and the young woman, From the first, Sarah had felt drawn

towards Andrew, inspired by his kindness, humour and prophetic appearance,

she was also impelled by a trait in herself, not uncommon in those who have

tasted poverty, which made her prefer the father to the son, the master

rather than the steward. But Sarah was a woman incapable of coquetry and

none of her attentions to the old nan was spoiled by lack of innocence.

Only Frank, his mind overcast by his own desires misinterpreted then.