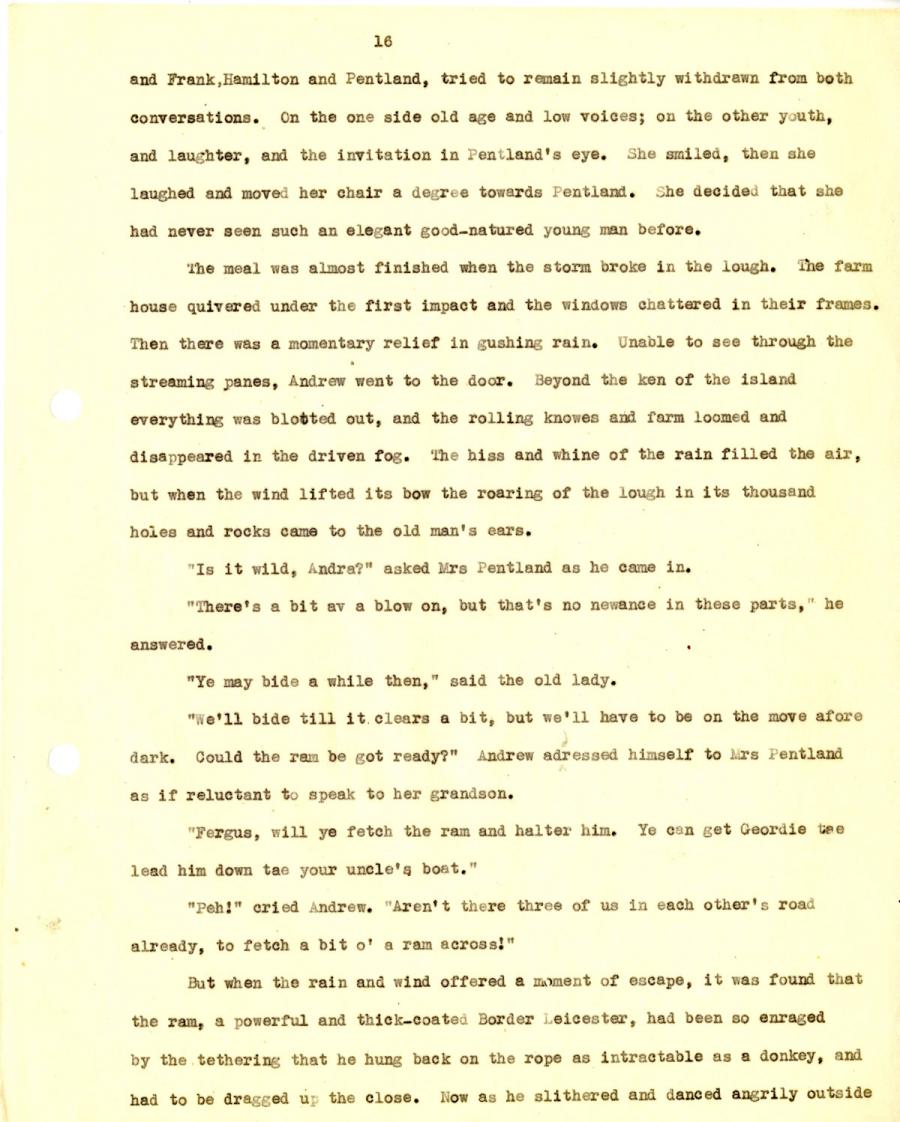 and Frank,Hamilton and Pentland, tried to remain slightly withdrawn from both

conversations. On the one side old age and low voices; on the other youth,

and laughter, and the invitation in Pentland’s eye. ohe smiled, then she

laughed and moved her chair a degree towards Pentland. Jie decided that she

had never seen such an elegant good-natured young man before.

The meal was almost finished when the storm broke in the lough, The farm

house quivered under the first impact and the windows chattered in their frames.

Then there was a momentary relief in gushing rain. Unable to see through the

streaming panes, Andrew went to the door. Beyond the ken of the island

everything was blotted out, and the rolling knowes and farm loomed and

disappeared in the driven fog. The hiss and whine of the rain filled the air,

holes and rock3 came to the old man's ears.

'Is it wild, Andra?" asked Mrs Pentland as he came in.

"Ye may bide a while then," said the old lady.

"we'll bide till it clears a bit, but we'll have to be on the move afore

dark. Could the ram be got ready?" Andrew adressed himself to Mrs Pentland

as if reluctant to speak to her grandson.

"Fergus, will ye fetch the ram and halter him. Ye can get Geordie bee

lead him down tae your uncle's boat."

"Peh!" cried Andrew. "Aren't there three of us in each other's road

already, to fetch a bit o' a ram across!"

Out when the rain and wind offered a moment of escape, it was found that

the ram, a powerful and thick-coated Border Leicester, had been so enraged

by the tethering that he hung back on the rope as intractable as a donkey, and

had to be dragged u the close. Now as he slithered and danced angrily outside