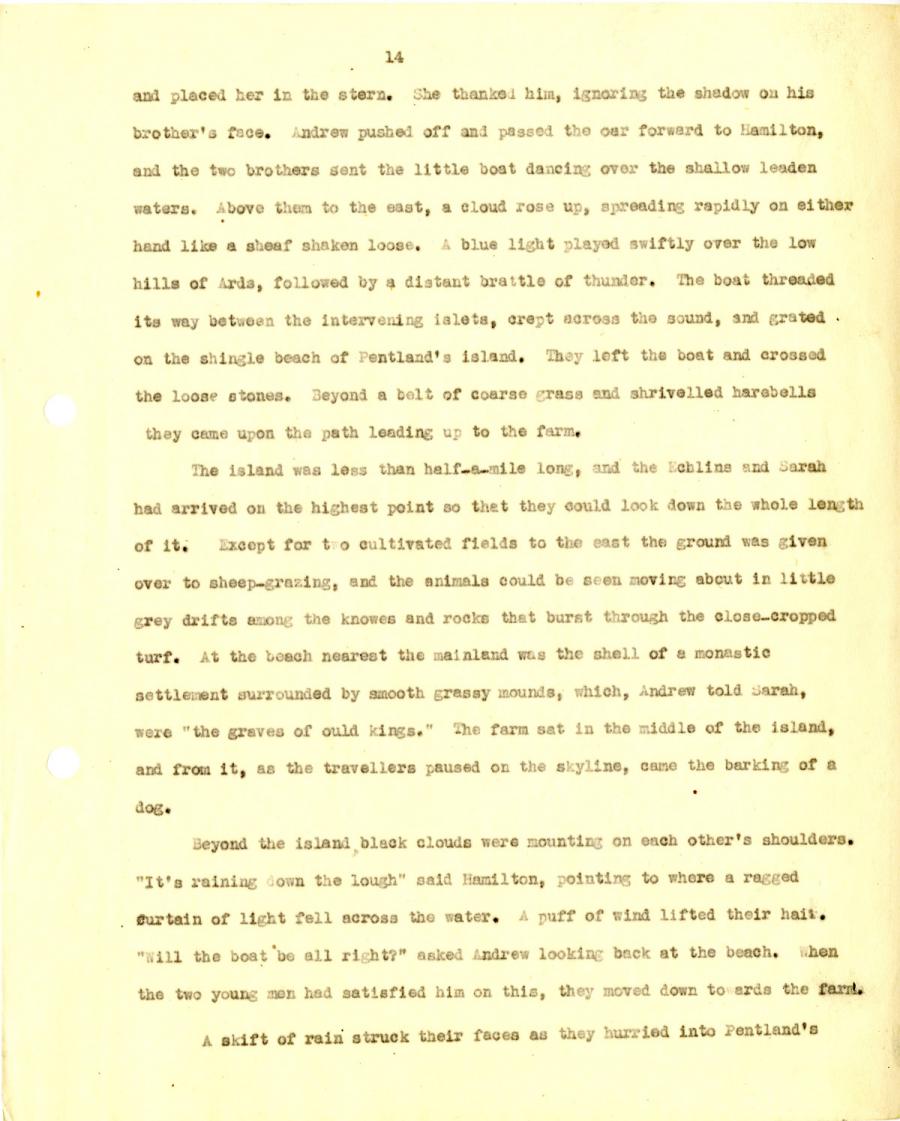 and placed her in the stern. She thanked him, ignoring the shadow on his

waters. Above them to the east, a cloud rose up, spreading rapidly on either

hand like a sheaf shaken loose, a blue light played swiftly over the low

hills of Ards, followed by a distant rattle of thunder, The boat threaded

its way between the Intervening islets, crept across the sound, and grated •

on the shingle beach of Pentlands island, They left the boat and crossed

the loose stones. Beyond a bolt of coarse grass and shrivelled harebells

they came upon the path leading up to the farm.

The island was less than half-a-rmile long, and the Echlins and Sarah

of it. ,except for the cultivated fields to the east the ground was given

over to sheep-grazing, and the animals could be seen moving about in little

turf. At the- beach nearest the mainland was the shell of a monastic

were "the graves of old kings." The farm sat in the riddle of the island,

and from it, as the travellers paused on the skyline, cane the barking of a

beyond the island black clouds were mounting on each other's shoulders.

"It’s raining on the lough" said Hamilton, pointing to where a ragged

Curtain of light fell across the water. Puff of wind lifted their hail,

“will the boat'be all right?" asked Andrew looking back at the beach, when

the two young men had satisfied him on this, they moved down towards the farm.