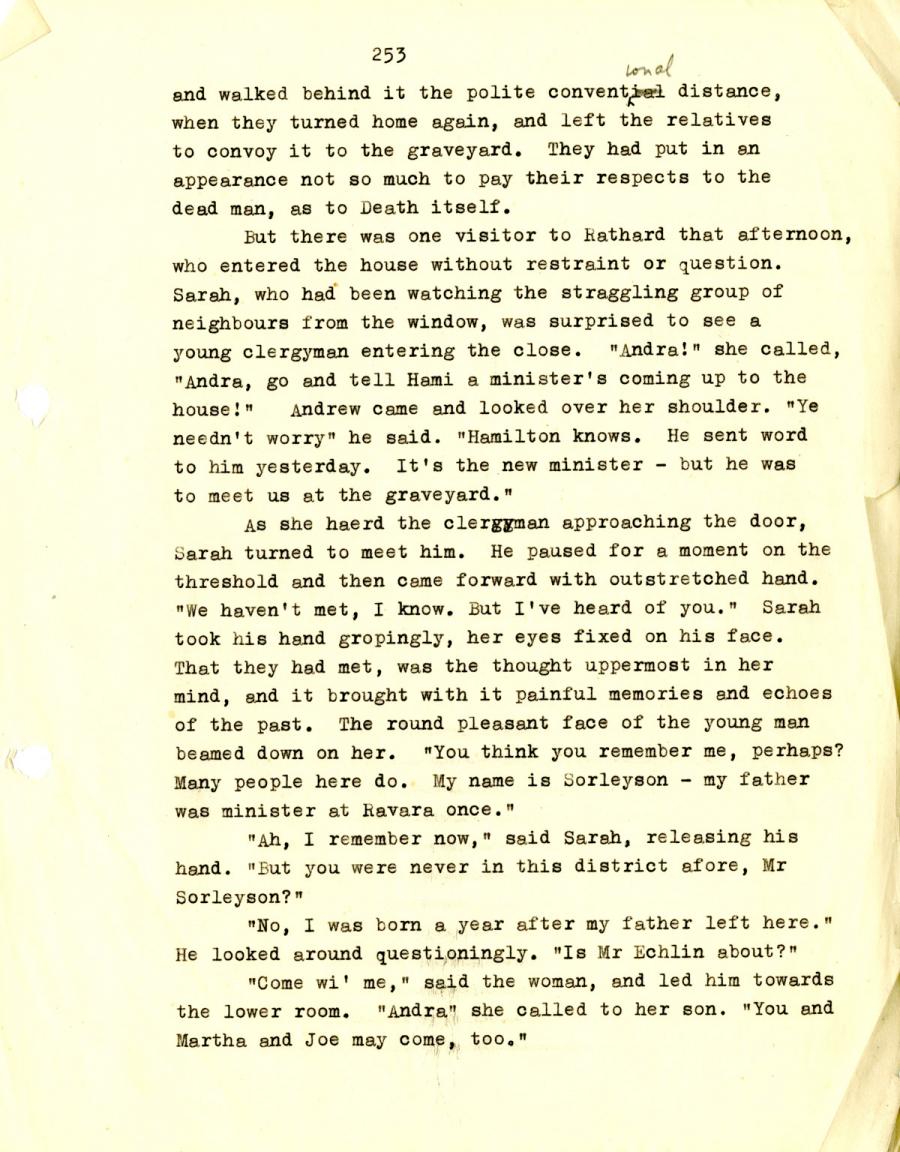 and walked behind it the polite conventinal distance,
when they turned home again, and left the relatives
to convoy it to the graveyard. They had put in an
appearance not so much to pay their respects to the
dead man, as to Death itself.

But there was one visitor to Rathard that afternoon,
who entered the house without restraint or question.
Sarah, who had been watching the straggling group of
neighbours from the window, was surprised to see a
young clergyman entering the close. "Andra!" she called,
"Andra, go and tell Hami a minister’s coming up to the
house!" Andrew came and looked over her shoulder. "Ye
needn’t worry" he said. "Hamilton knows. He sent word
to him yesterday. It’s the new minister - but he was
to meet us at the graveyard."

As she haerd the clergyman approaching the door,
Sarah turned to meet him. He paused for a moment on the
threshold and then came forward with outstretched hand.
"We haven’t met, I know. But I've heard of you." Sarah
took his hand gropingly, her eyes fixed on his face.
That they had met, was the thought uppermost in her
mind, and it brought with it painful memories and echoes
of the past. The round pleasant face of the young man
beamed down on her. "You think you remember me, perhaps?
Many people here do. My name is Sorleyson - my father
was minister at Ravara once."

"Ah, I remember now," said Sarah, releasing his
hand. "But you were never in this district afore, Mr
Sorleyson?"

"No, I was born a year after my father left here."
He looked around questioningly. "Is Mr Echlin about?"

"Come wi’ me," said the woman, and led him towards
the lower room. "Andra” she called to her son. "You and
Martha and Joe may come, too."