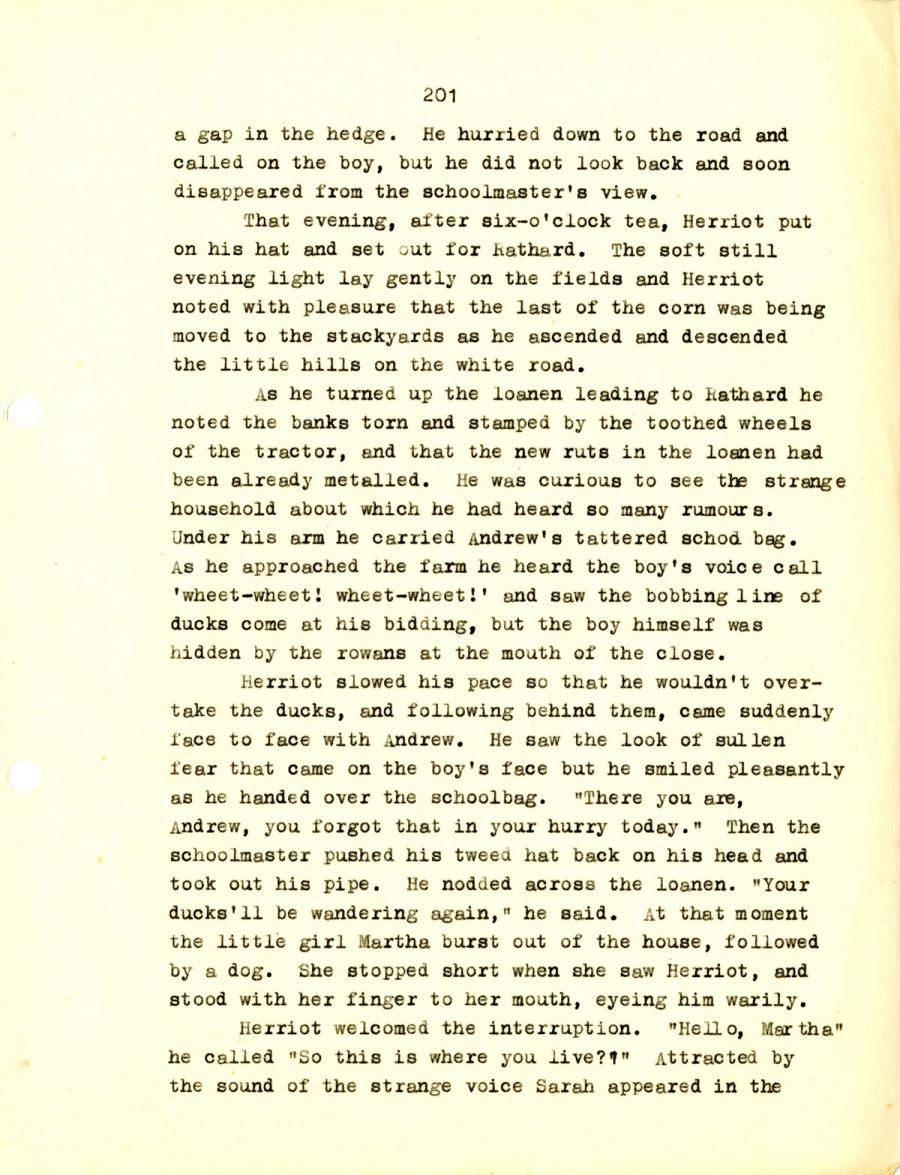 a gap in the hedge. He hurried down to the road and
called on the boy, but he did not look back and soon
disappeared from the schoolmaster's view.

That evening, after six-o'clock tea, Herriot put
on his hat and set out for Rathard. The soft still
evening light lay gently on the fields and Herriot
noted with pleasure that the last of the corn was being
moved to the stackyards as he ascended and descended
the little hills on the white road.

As he turned up the loanen leading to Hathard he
noted the banks torn and stamped by the toothed wheels
of the tractor, and that the new ruts in the loanen had
been already metalled. He was curious to see the strange
household about which he had heard so many rumours.
Under his arm he carried Andrew's tattered school. bag.
As he approached the farm he heard the boy's voice call
'wheet-wheet! wheet-wheet!' and saw the bobbing line of
ducks come at his bidding, but the boy himself was
hidden by the rowans at the mouth of the close.

Herriot slowed his pace so that he wouldn't over-
take the ducks, and following behind them, came suddenly
face to face with Andrew. He saw the look of sullen
fear that came on the boy's face but he smiled pleasantly
as he handed over the schoolbag. "There you are,
Andrew, you forgot that in your hurry today." Then the
schoolmaster pushed his tweed hat back on his head and
took out his pipe. He nodded across the loanen. "Your
ducks'll be wandering again," he said. At that moment
the little girl Martha burst out of the house, followed
by a dog. She stopped short when she saw Herriot, and
stood with her finger to her mouth, eyeing him warily.

Herriot welcomed the interruption. "Hello, Martha"
he called "So this is where you live?7" Attracted by
the sound of the strange voice Sarah appeared in the