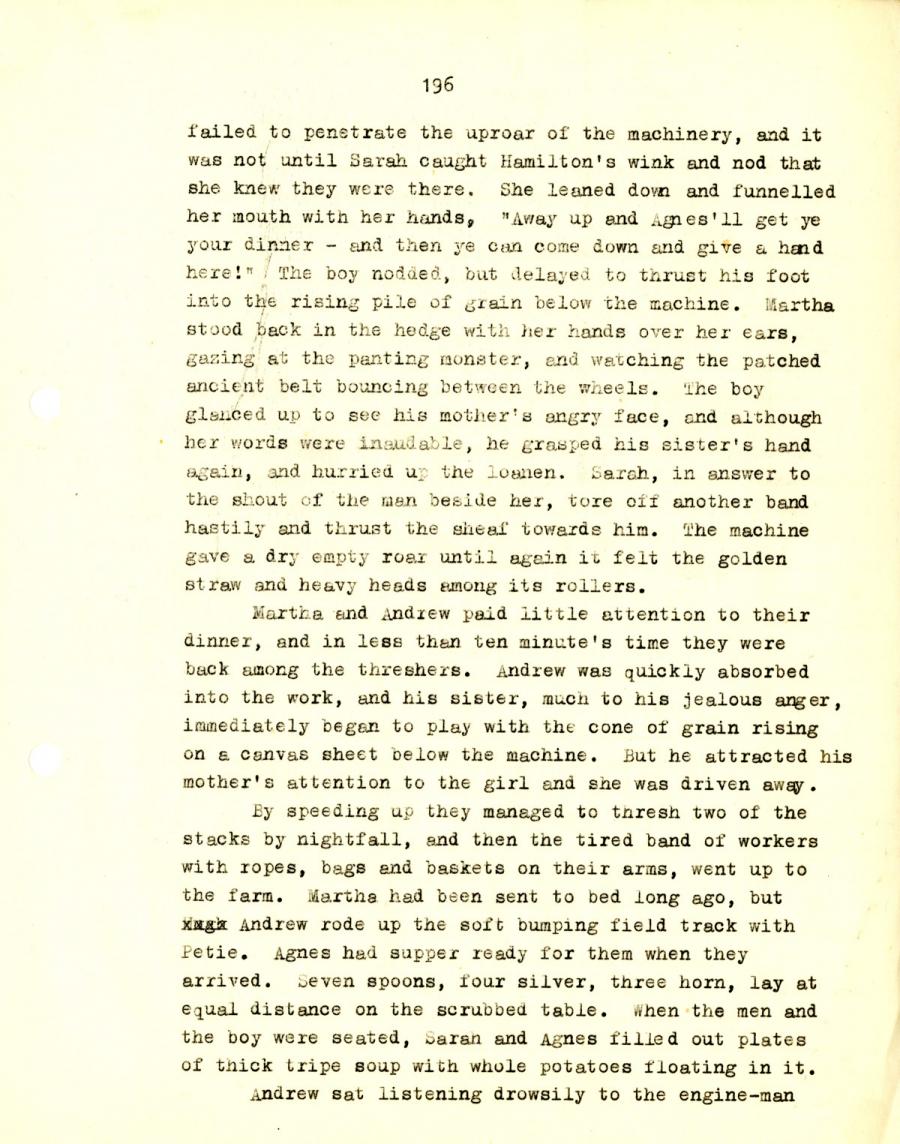 failed to penetrate the uproar of the machinery, and it
was not until Sarah caught Hamilton’s wink and nod that
she knew they were there. She leaned down and funnelled
her mouth with her hands, "Away up and Agnes'll get ye
your dinner - and then ye can come down and give a hand
here!" . The boy nodded, but delayed to thrust his foot
into the rising pile of grain below the machine. Martha
stood back in the hedge with her hands over her ears,
gazing at the panting monster, and watching the patched
ancient belt bouncing between the wheels, The boy
glanced up to see his mother’s angry face, and although
her words were inaudable, he grasped his sister's hand
again, and hurried up the loanen. Sarah, in answer to
the shout of the man beside her, tore off another band
hastily and thrust the sheaf towards him. The machine
gave a dry empty roar until again it felt the golden
straw and heavy heads among its rollers.

Martha and Andrew paid little attention to their
dinner, and in less than ten minute's time they were
back among the threshers. Andrew was quickly absorbed
into the work, and his sister, much to his jealous anger,
immediately began to play with the cone of grain rising
on a canvas sheet below the machine. But he attracted his
mother's attention to the girl and she was driven away.

By speeding up they managed to thresn two of the
stacks by nightfall, and then the tired band of workers
with ropes, bags and baskets on rheir arms, went up to
the farm. Martha had been sent to bed long ago, but
Andrew rode up the soft bumping field track with
Petie. Agnes had supper ready for them when they
arrived. Seven spoons, four silver, three horn, lay at
equal distance on the scrubbed table. When the men and
the boy were seated, Sarah and Agnes filled out plates
of thick tripe soup with whole potatoes floating in it.