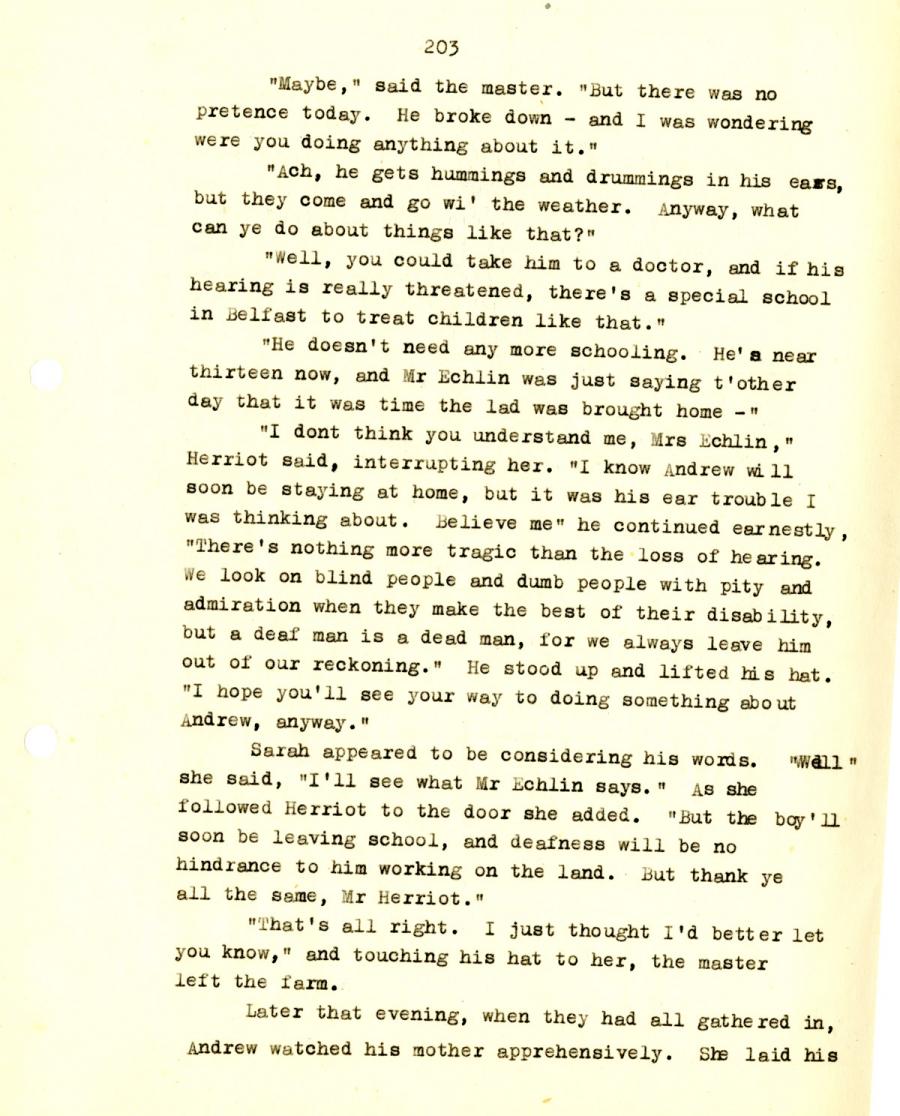 "Maybe,” said, the master. "But there was no
pretence today. He broke down - and I was wondering
were you doing anything about it."

"Ach, he gets hummings and drummings in his ears,
but they come and go wi' the weather. Anyway, what
can ye do about things like that?"

"Well, you could take him to a doctor, and if his
hearing is really threatened, there's a special school
in Belfast to treat children like that."

"He doesn't need any more schooling. He's near
thirteen now, and Mr Echiin was just saying t'other
day that it was time the lad was brought home -"

"I dont think you understand me, Mrs Echlin,"
Herriot said, interrupting her. "I know Andrew will
soon be staying at home, but it was his ear trouble I
was thinking about. Believe me" he continued earnestly,
"There's nothing more tragic than the loss of hearing.
We look on blind people and dumb people with pity and
admiration when they make the best of their disability,
but a deaf man is a dead man, for we always leave him
out of our reckoning." He stood up and lifted his hat.

"I hope you'll see your way to doing something about
Andrew, anyway."

Sarah appeared to be considering his words. 'Well"
she said, "I'll see what Mr Echlin says." as she
followed Herriot to the door she added. "But the boy'll
soon be leaving school, and deafness will be no
hindrance to him working on the land. But thank ye
all the same, Mr Herriot."

"That's all right. I just thought I'd better let
you know," and touching his hat to her, the master
left the farm.

Later that evening, when they had all gathered in,
Andrew watched his mother apprehensively. She laid his