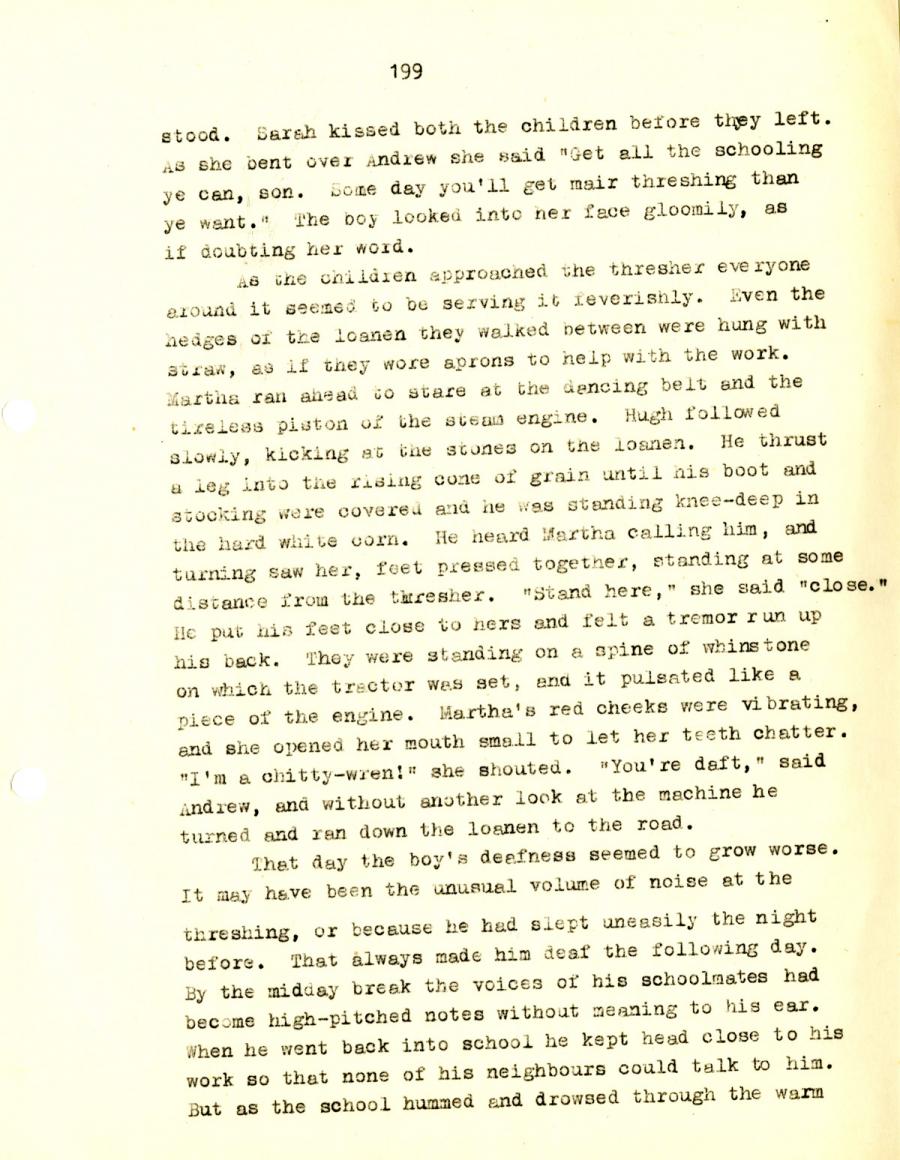 stood. Sarah kissed both the children before they left.
AS she bent over Andrew she said "Get all the schooling
ye can son.Some day you’ll get mair threshing than
ye want." The boy looked into her face gloomily, as
if doubting her word.

As the children approached the thresher everyone
around it seemed to be serving it feverishly. Even the
hedges of the loanen they walked between were hung with
straw, as if they wore aprons to help with the work.
Martha ran ahead to stare at the dancing belt and the
tireless piston of the steam engine. Hugh followed
slowly, kicking at the stones on the loanen. He thrust
a leg into the rising cone of grain until his boot and
stocking were covered and he was standing knee-deep in
the hard white corn. He heard Martha calling him, and
turning saw her, feet pressed together, standing at some
distance from the thresher. "Stand here," she said "close."
He put his feet close to hers and felt a tremor run up
his back. They were standing on a spine of whins tone
on which the tractor was set, end it pulsated like a
piece of the engine. Martha’s red cheeks were vibrating,
and she opened her mouth small to let her teeth chatter.
"I’m a chitty-wren!“ she shouted. "You’re daft," said
Andrew, and without another look at the machine he
turned and ran down the loanen to the road.

That day the boy's deafness seemed to grow worse.
It may have been the unusual volume of noise at the
threshing, or because he had slept uneasily the night
before. That always made him deaf the following day.
By the midday break the voices of his schoolmates had
became high-pitched notes without meaning to his ear.
When he went back into school he kept head close to his
work so that none of his neighbours could talk to him.
But as the school hummed and drowsed through the warm