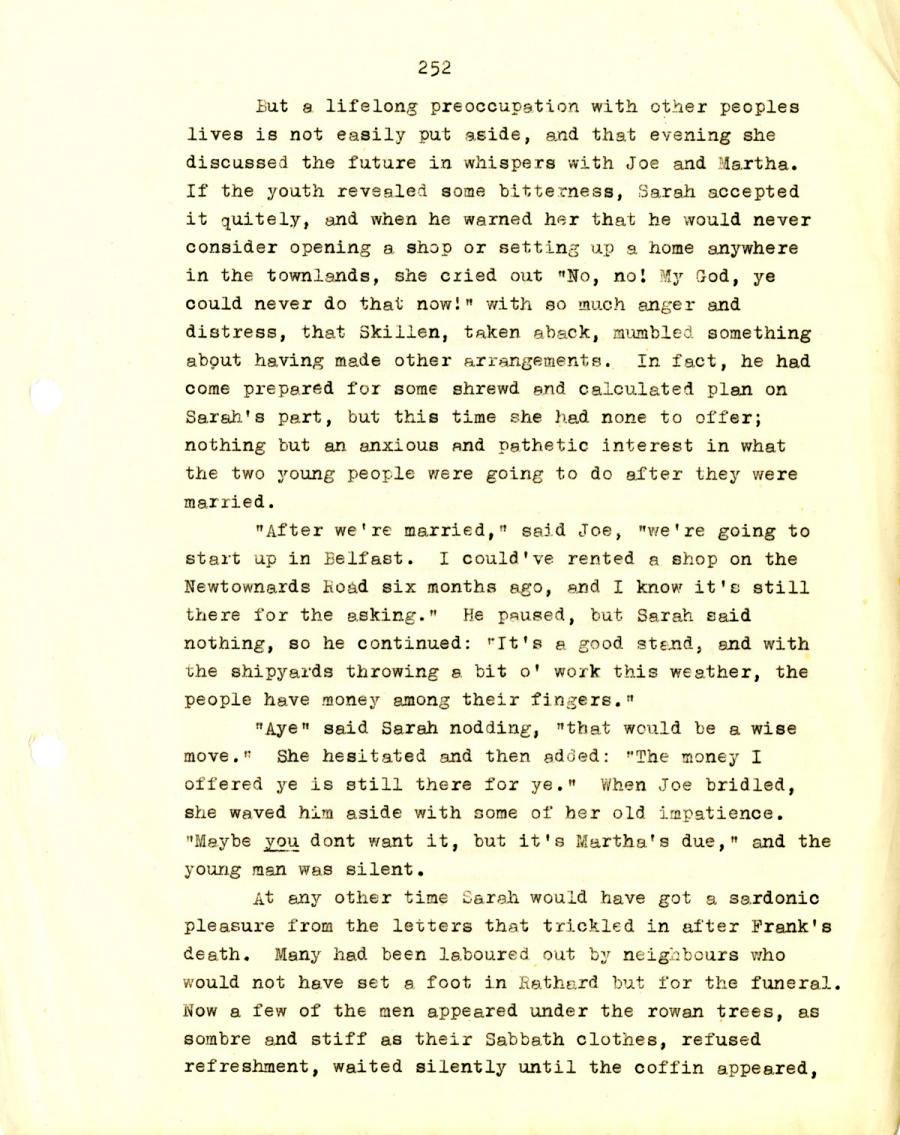 Bt a lifelong preoccupation with other peoples
lives is not easily put aside, and that evening she
discussed the future in whispers with Joe and Martha.
If the youth revealed some bitterness, Sarah accepted
it quitely, and when he warned her that he would never
consider opening a shop or setting up a home anywhere
in the townlands, she cried out "No, no! My god, ye
could never do that now!" with so much anger and
distress, that Skillen, taken aback, mumbled something
about having made other arrangements. In fact, he had
come prepared for some shrewd and calculated plan on
Sarah’s part, but this time she had none to offer;
nothing but an anxious and pathetic interest in what
the two young people were going to do after they were
married.

"After we're married," said Joe, "we're going to
start up in Belfast. I could’ve rented a shop on the
Newtownards Koad six months ago, and I know it’s still
there for the asking." He paused, but Sarah said
nothing, so he continued: "It’s a good stand, and with
the shipyards throwing a bit o’ work this weather, the
people have money among their fingers."

"Aye" said Sarah nodding, "that would be a wise
move." She hesitated and then added: "The money I
offered ye is still there for ye." When Joe bridled,
she waved him aside with some of her old impatience.
"Maybe you dont want it, but it’s Martha’s due," and the
young man was silent.

At any other time Sarah would have got a sardonic
pleasure from the letters that trickled in after Frank’s
death. Many had been laboured out by neighbours who
would not have set a foot in Rathard but for the funeral.
Now a few of the men appeared under the rowan trees, as
sombre and stiff as their Sabbath clothes, refused
refreshment, waited silently until the coffin appeared,