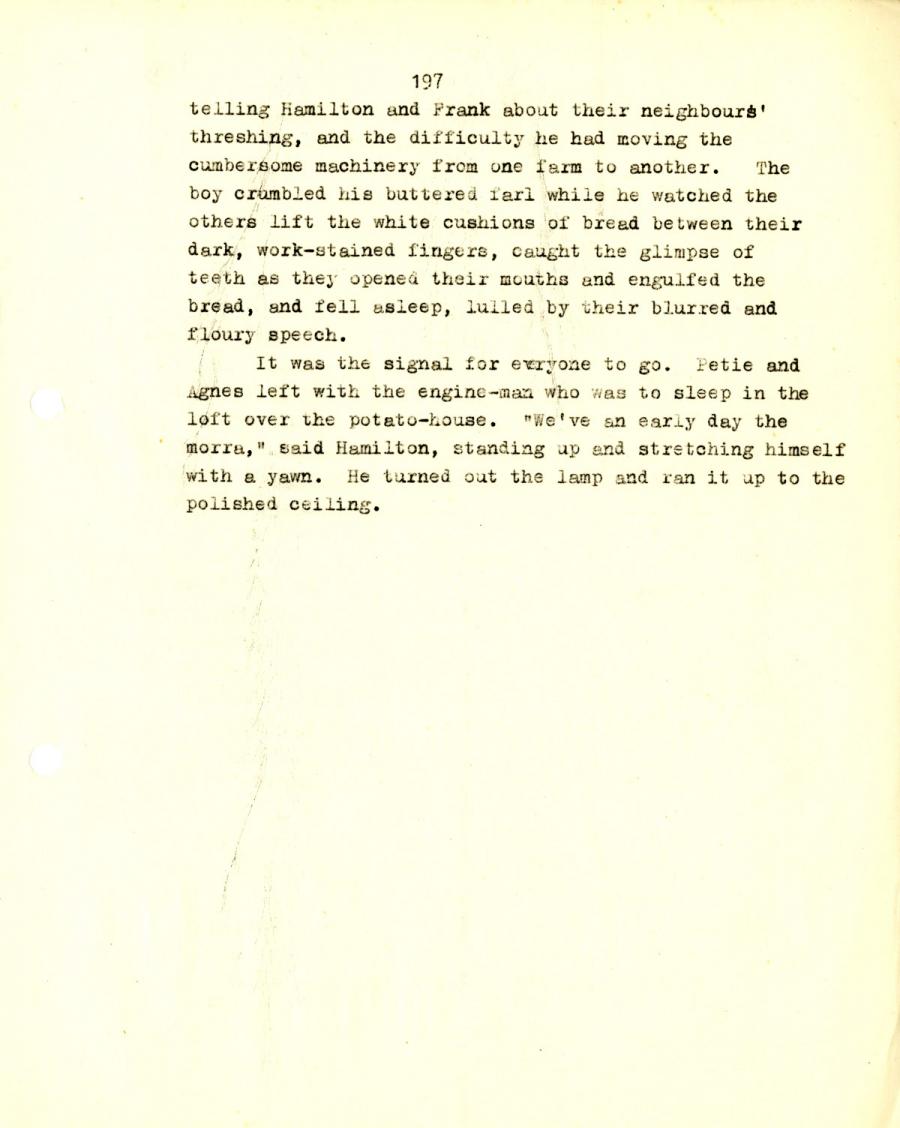 telling Hamilton and Frank about their neighbours'
threshing, and the difficulty he had moving the
cumbersome machinery from one farm to another. The
boy crumbled his buttered farl while he watched the
others lift the white cushions of bread between their
dark, work-stained fingers, caught the glimpse of
teeth as they opened their mouths and engulfed the
bread, and fell asleep, lulled by their blurred and
floury speech.

It was the signal for everyone to go. Petie and
Agnes left with the engine-man who was to sleep in the
loft over the potato-house. "We've an early day the
morra," said Hamilton, standing up and stretching himself
with a yawn. He turned out the lamp and ran it up to the
polished ceiling.