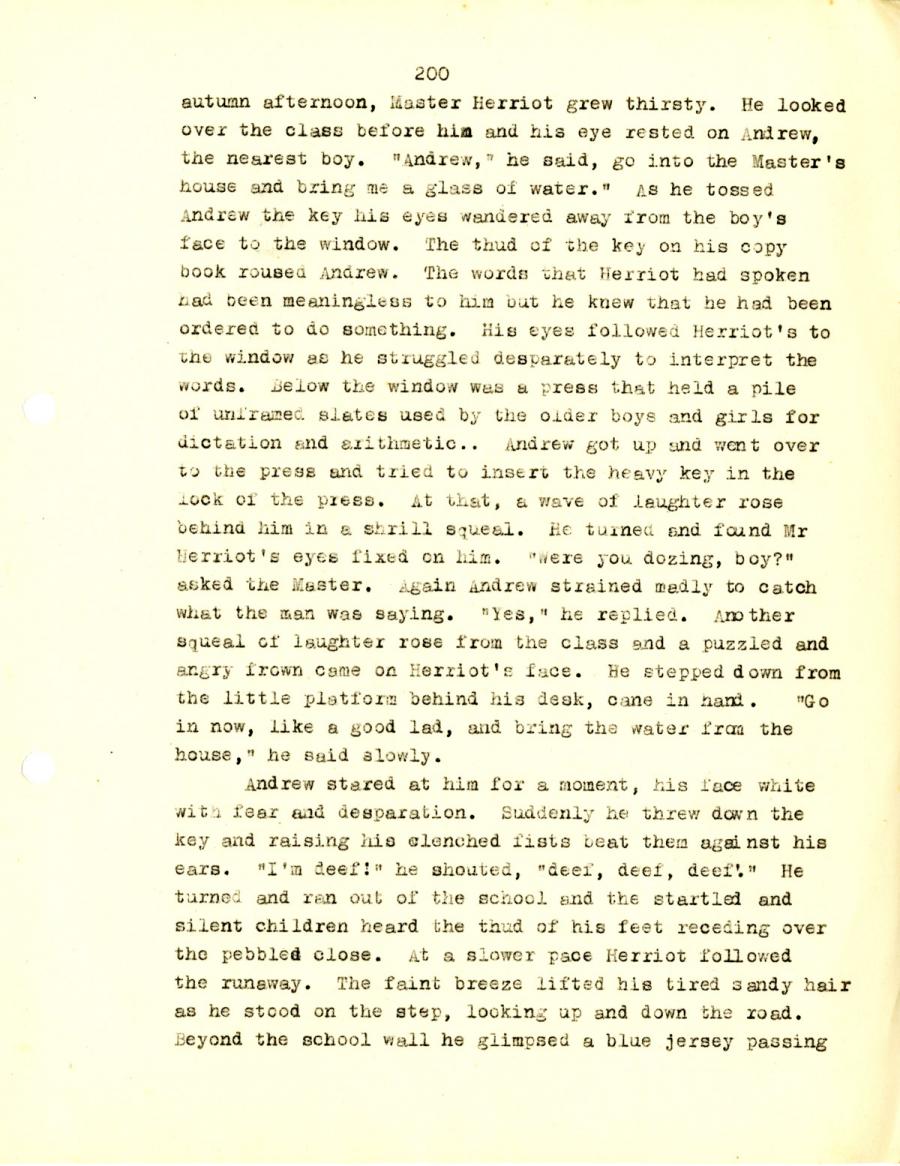 autumn afternoon, Master Hierriot grew thirsty. He looked
over the class before him and his eye rested on Andrew,
the nearest boy. "Andrew," he said, go into the Master’s
house and bring me a glass of water." as he tossed
Andrew the key his eyes wandered away’ from the boy’s
face to the window. The thud of the key on his copy
book roused Andrew. The words that Herriot had spoken
had been meaningless to him but he knew that he had been
ordered to do something. His eyes followed Herriot's to
the window as he struggled desperately to interpret the
words, below the window was a press that held a pile
of unframed, slates used by the older boys and girls for
dictation and arithmetic.. Andrew got up and went over
to the press and tried to insert the heavy key in the
lock of the press. At that, a wave of laughter rose
behind him in a shrill squeal. He turned and found Mr
Herriot’s eyes fixed on him. "."Were you dozing, boy?"
asked the Master. Again Andrew strained madly to catch
what the man was saying. "Yes," he replied. Another
squeal of laughter rose from the class and a puzzled and
angry frown came on Herriot’s face. He stepped down from
the little platform behind his desk, cane in hand . "Go
in now, like a good lad, and bring the water from the
house," he said slowly.

Andrew stared at him for a moment, his face white
with fear and deperation. Suddenly he threw down the
key and raising his clenched fists beat them against his
ears. "I’m deef!" he shouted, "deef, deef, deef’. ” He
turned and ran out of the school and the startled and
silent children heard the thud of his feet receding over
the pebbled close. At a slower pace Herriot followed
the runaway. The faint breeze lifted his tired sandy hair
as he steed on the step, looking up and down the road,
beyond the school wall he glimpsed a blue jersey passing