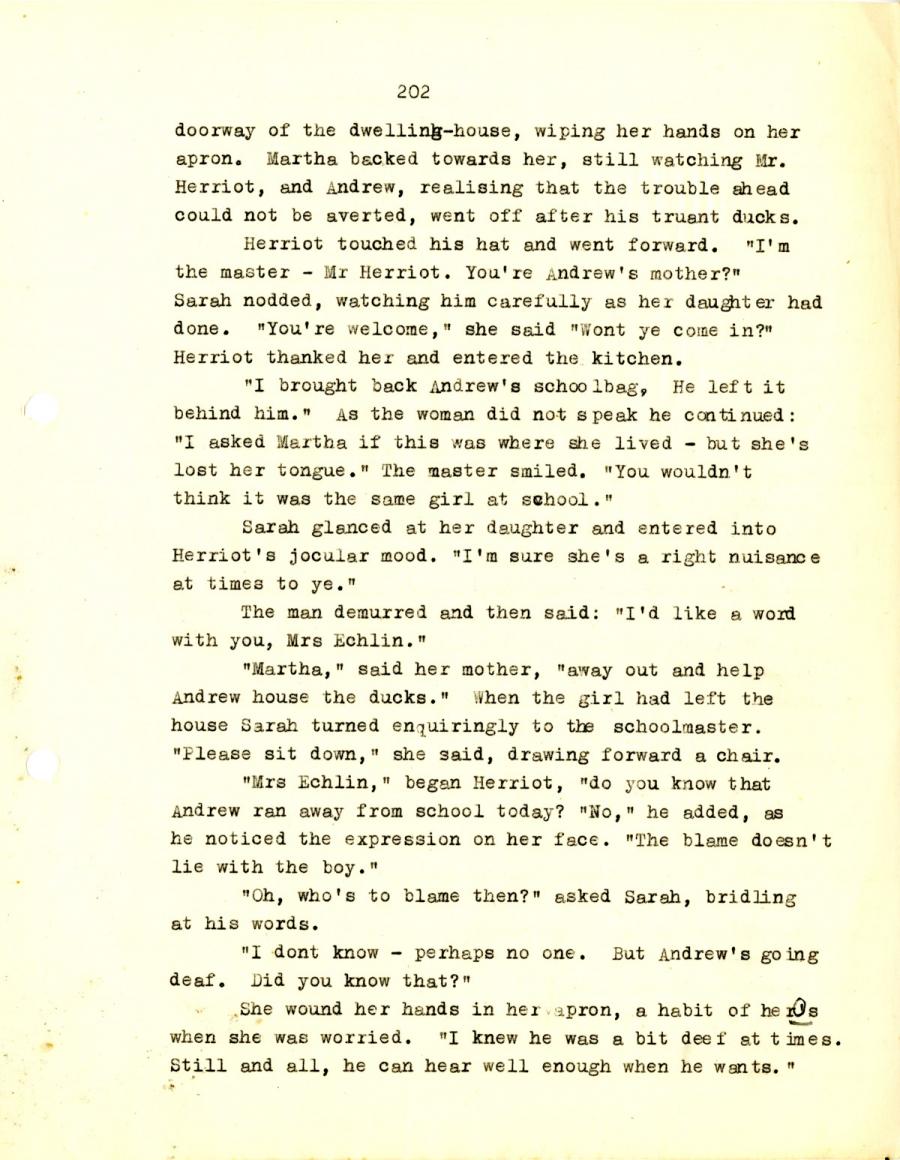 doorway of the dwelling-house, wiping her hands on her
apron. Martha backed towards her, still watching Mr.
Herriot, and Andrew, realising that the trouble ahead
could not be averted, went off after his truant ducks.

Herriot touched his hat and went forward. "I'm
the master - Mr Herriot. You're Andrew's mother?"
Sarah nodded, watching him carefully as her daughter had
done. "You're welcome," she said "Wont ye come in?"
Herriot thanked her and entered the kitchen.

"I brought back Andrew's schoolbag, He left it
behind him." As the woman did not speak he continued:
"I asked Martha if this was where she lived - but she's
lost her tongue." The master smiled. "You wouldn't
think it was the same girl at school."

Sarah glanced at her daughter and entered into
Herriot's jocular mood. "I'm sure she's a right nuisance
at times to ye."

The man demurred and then said: "I'd like a word
with you, Mrs Echlin."

"Martha," said her mother, "away out and help
Andrew house the ducks." When the girl had left the
house Sarah turned enquiringly to the schoolmaster.
"Please sit down," she said, drawing forward a chair.

"Mrs Echlin," began Herriot, "do you know that
Andrew ran away from school today? "No," he added, as
he noticed the expression on her face. "The blame doesn't
lie with the boy."

"Oh, who's to blame then?" asked Sarah, bridling
at his words.

"I dont know - perhaps no one. But Andrew's going
deaf. Bid you know that?"

She wound her hands in her apron, a habit of hers
when she was worried. "I knew he was a bit deef at times.
Still and all, he can hear well enough when he wants."