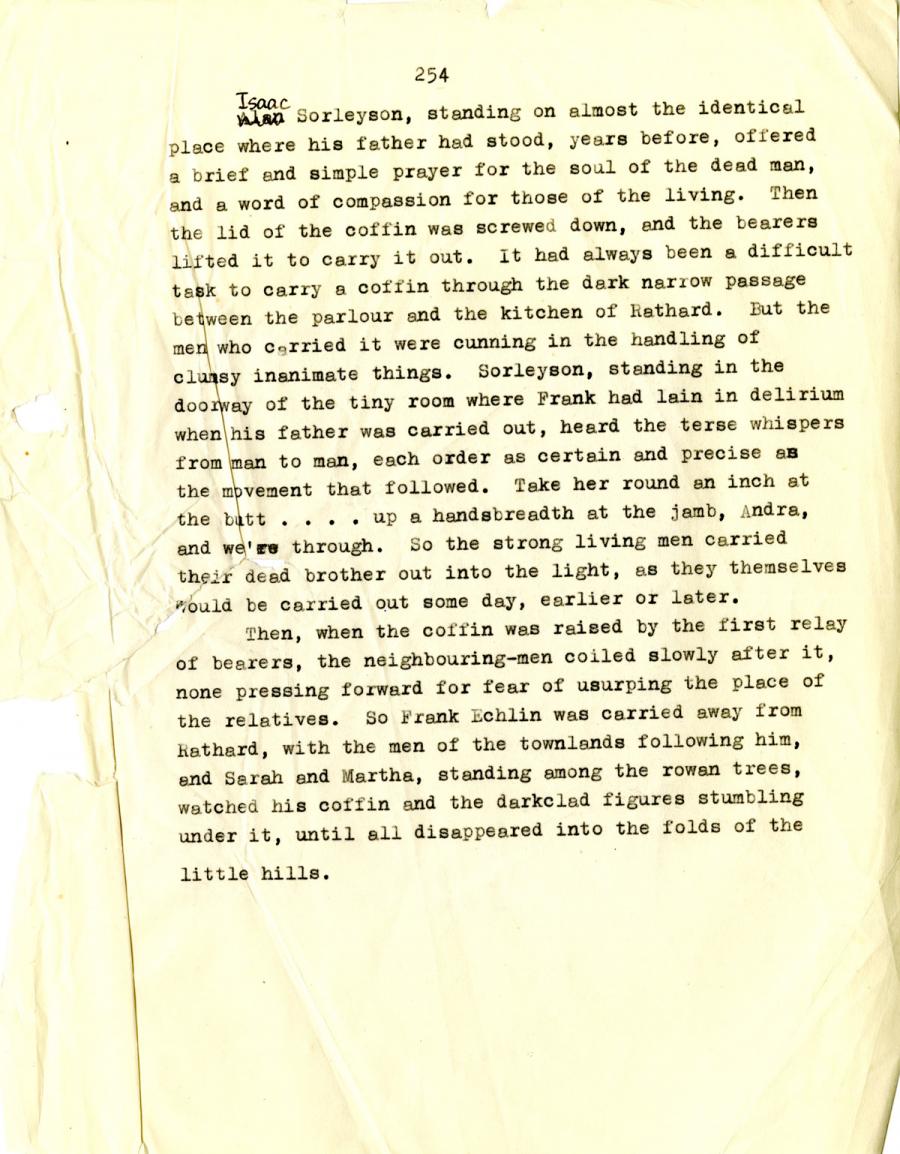 Isaac Sorleyson, standing on almost the identical
place where his father had stood, years before, offered
a brief and simple prayer for the soul of the dead man,
and a word of compassion for those of the living. Then
the lid of the coffin was screwed down, and the bearers
lifted it to carry it out. It had always been a difficult
task to carry a coffin through the dark narrow passage
between the parlour and the kitchen of Rathard. But the
men who carried it were cunning in the handling of
clumsy inanimate things. Sorleyson, standing in the
doorWay of the tiny room where Frank had lain in delirium
when his father was carried out, heard the terse whispers
from man to man, each order as certain and precise as
the movement that followed. Take her round an inch at
the butt .... up a handsbreadth at the jamb, Andra,
and we're through. So the strong living men carried
their dead brother out into the light, as they themselves
would be carried out some day, earlier or later.

Then, when the coffin was raised by the first relay
of bearers, the neighbouring-men coiled slowly after it,
none pressing forward for fear of usurping the place of
the relatives. So Frank Echlin was carried away from
Rathard, with the men of the townlands following him,
and Sarah snd Martha, standing among the rowan trees,
watched his coffin and the darkclad figures stumbling
under it, until all disappeared into the folds of the
little hills.