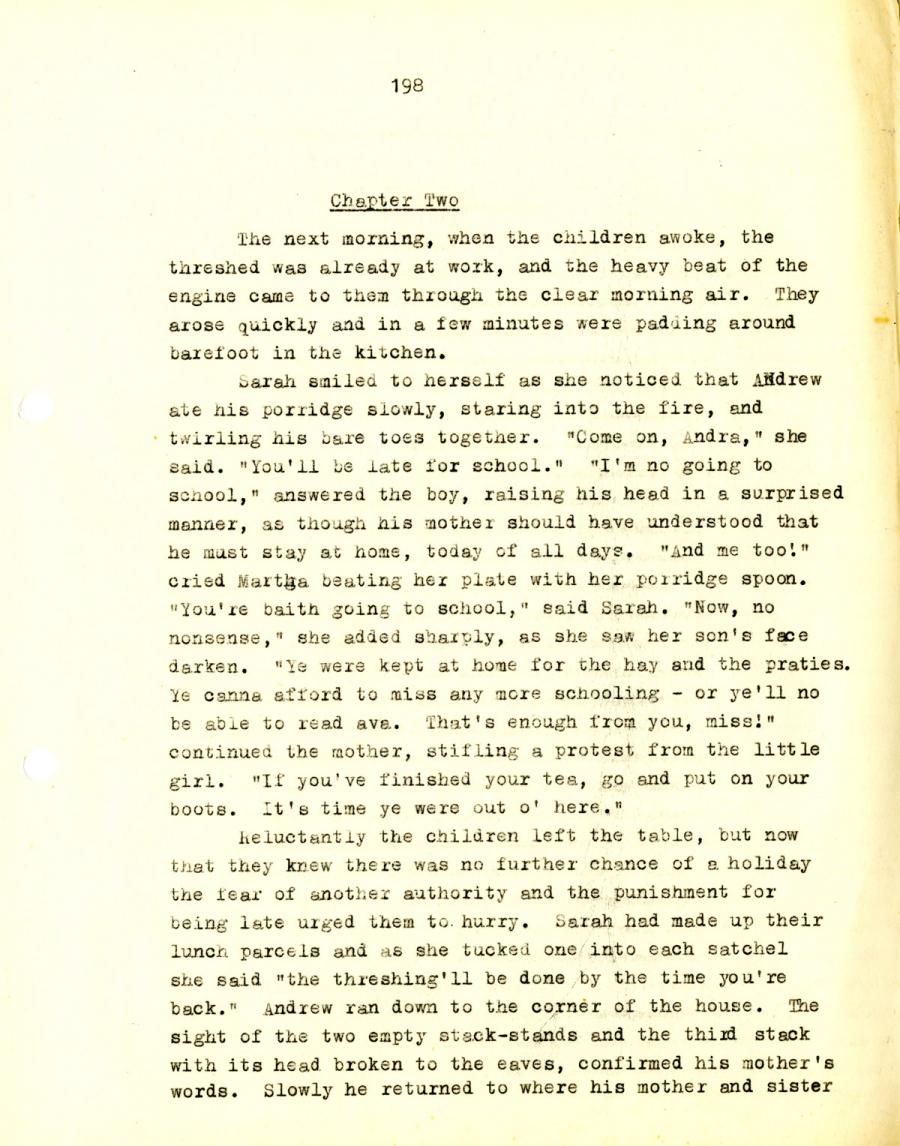 The next morning, when the children awoke, the
threshed was already at work, and the heavy beat of the
engine came to them through the clear morning air. They
arose quickly and in a few minutes were padding around
barefoot in the kitchen.

Sarah smiled to herself as she noticed that ANdrew
ate his porridge slowly, staring into the fire, and
twirling his bare toes together. '’Come on, Andra," she
said. "You'll be late for school." "I'm no going to
scnool," answered the boy, raising his heed in a surprised
manner, as though his mother should have understood that
he must stay at home, today of all days. "And me too'."
cried Martha beating her plate with her porridge spoon.
"You're baith going to school," said Sarah. "Now, no
nonsense," she added sharply, as she saw her son's face
darken. "Ye were kept at home for the hay and the praties.
Ye canna afford to miss any more schooling - or ye'll no
be able to read ava. That's enough from you, miss!"
continued the mother, stifling a protest from the little
girl. "If you've finished your tea, go and put on your
boots. It's time ye were out o' here."

Reluctantly the children left the table, but now
that they knew there was no further chance of a holiday
the fear of another authority and the punishment for
being late urged them to hurry. Sarah had made up their
lunch parcels and as she tucked one into each satchel
she said "the threshing'll be done by the time you're
back." Andrew ran down to the corner of the house. The
sight of the two empty stack-stands and the third stack
with its head broken to the eaves, confirmed his mother's
words. Slowly he returned to where his mother and sister