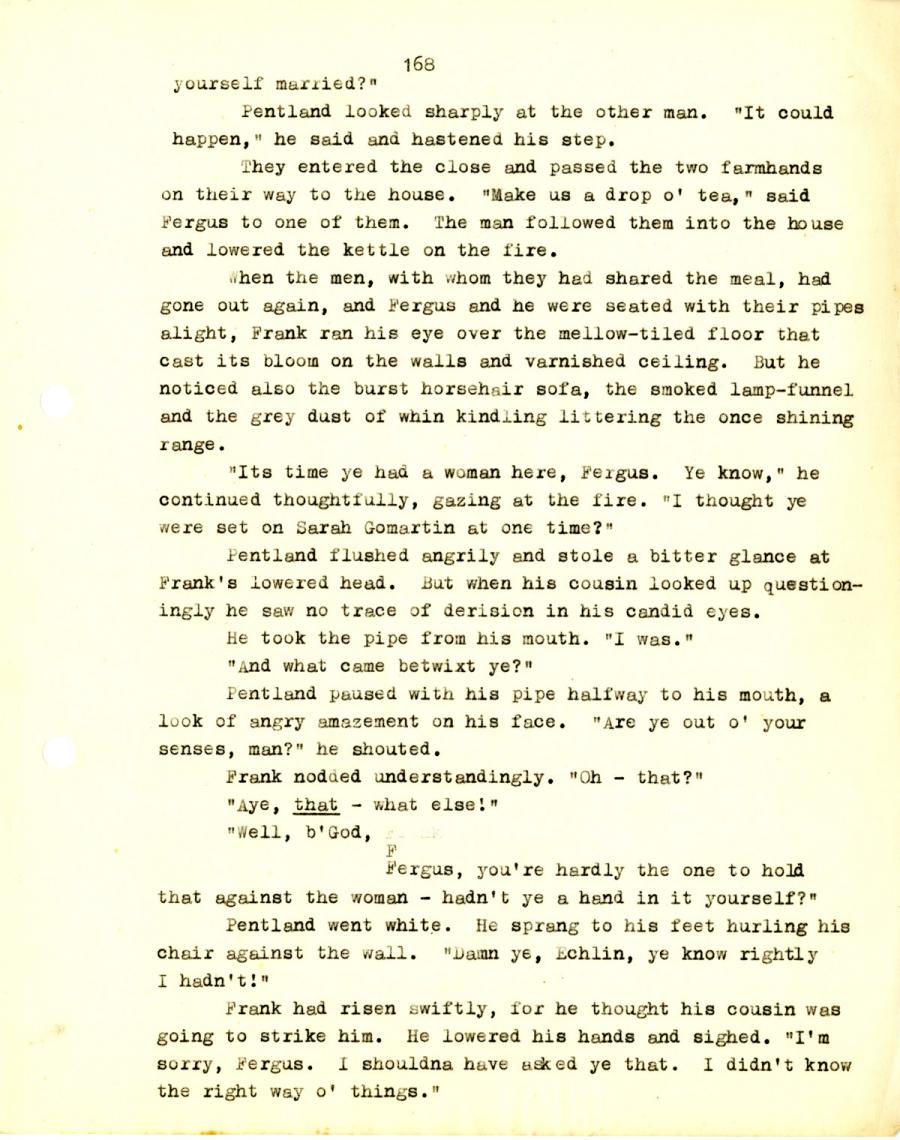 Pentland looked sharply at the other man. "It could
happen," he said and hastened his step.

They entered the close and passed the two farmhands
on their way to the house. "Make us a drop o' tea," said
Fergus to one of them. The man followed them into the house
and lowered the kettle on the fire.

When the men, with whom they had shared the meal, had
gone out again, and Fergus and he were seated with their pipes
alight, Frank ran his eye over the mellow-tiled floor that
cast its bloom on the wails and varnished ceiling. But he
noticed also the burst horsehair sofa, the smoked lamp-funnel
and the grey dust of whin kindling littering the once shining
range.

"Its time ye had a woman here, Fergus. Ye know," he
continued thoughtfully, gazing at the fire. "I thought ye
were set on Sarah Gomartin at one time?"

Pentland flushed angrily and stole a bitter glance at
Frank's lowered head. But when his cousin looked up question-
ingly he saw no trace of derision in his candid eyes.

He took the pipe from his mouth. "I was."

"And what came betwixt ye?"

Pentland paused with his pipe halfway to his mouth, a
look of angry amazement on his face. "Are ye out o' your
senses, man?" he shouted.

Fergus, you're hardly the one to hold
that against the woman - hadn't ye a hand in it yourself?"

Pentland went white. He sprang to his feet hurling his
chair against the wail, "Damn ye, Echlin, ye know rightly
I hadn't!"

Frank had risen swiftly, for he thought his cousin was
going to strike him. He lowered his hands and sighed. "I'm
sorry, Fergus. I shouldna have asked ye that. I didn't know
the right way o' things."