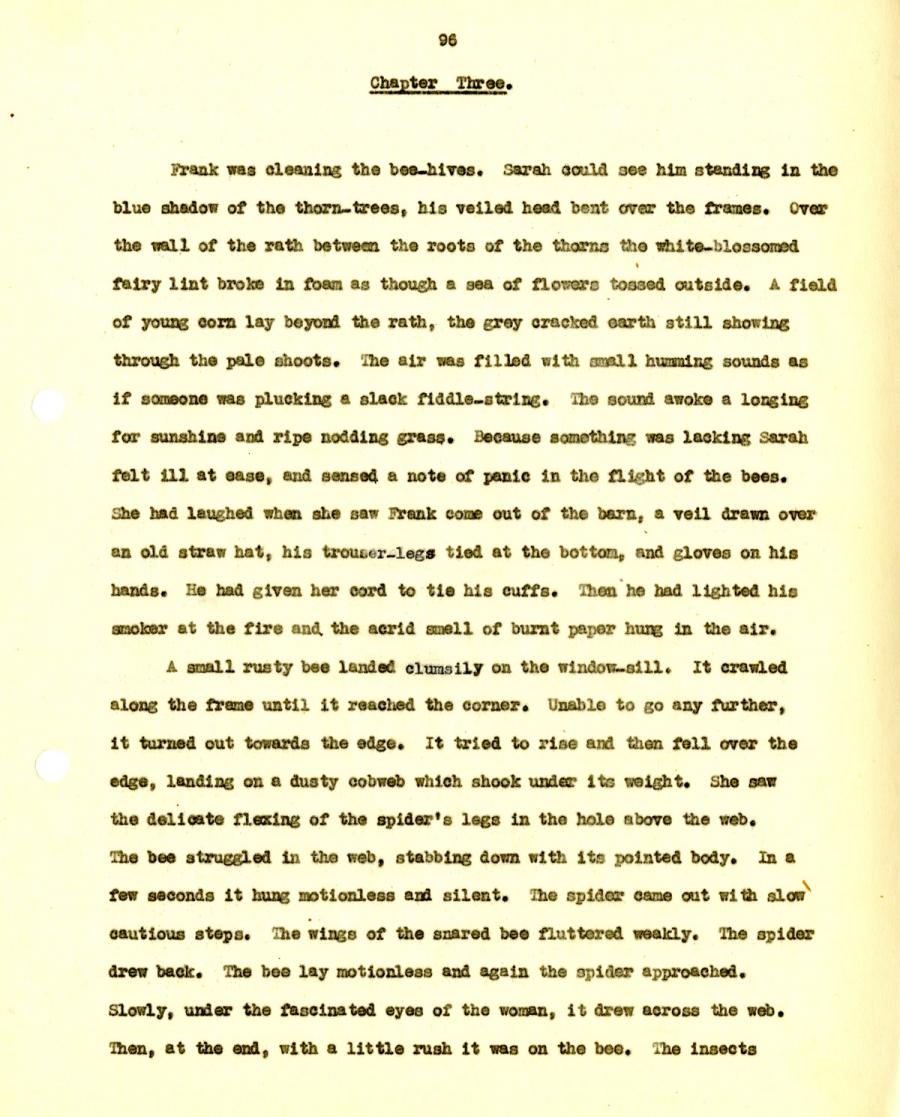 Frank was cleaning the bee-hives. Sarah could see him standing in the
blue shadow of the thorn-trees, his veiled head bent over the frames. Over
the wall of the rath between the roots of the thorns the white-blossomed
fairy lint broke in foam as though a sea of flowers tossed outside. A field
of young corn lay beyond the rath, the grey cracked earth still showing
through the pale shoots. The air was filled with small humming sounds as
if someone was plucking a slack fiddle-string. The sound awoke a longing
for sunshine and ripe nodding grass. Because something was lacking Sarah
felt ill at ease, and sensed a note of panic in the flight of the bees.

She had laughed when she saw Frank come out of the barn, a veil drawn over
an old straw hat, his trouser-legs tied at the bottom, and gloves on his
hands. He had given her cord to tie his cuffs. Then he had lighted his
smoker at the fire and, the acrid smell of burnt paper hung in the air.

A small rusty bee landed clumsily on the window-sill. It crawled
along the frame until it reached the corner. Unable to go any further,
it turned out towards the edge. It tried to rise and then fell over the
edge, landing on a dusty cobweb which shook under its weight. She saw
the delicate flexing of the spider's legs in the hole above the web.
The bee struggled in the web, stabbing down with its pointed body. In a
few seconds it hung motionless and silent. The spider came out with slow
cautious steps. The wings of the snared bee fluttered weakly. The spider
drew back. The bee lay motionless and again the spider approached.
Slowly, under the fascinated eyes of the woman, it drew across the web.
Then, at the end, with a little rush it was on the bee. The insects