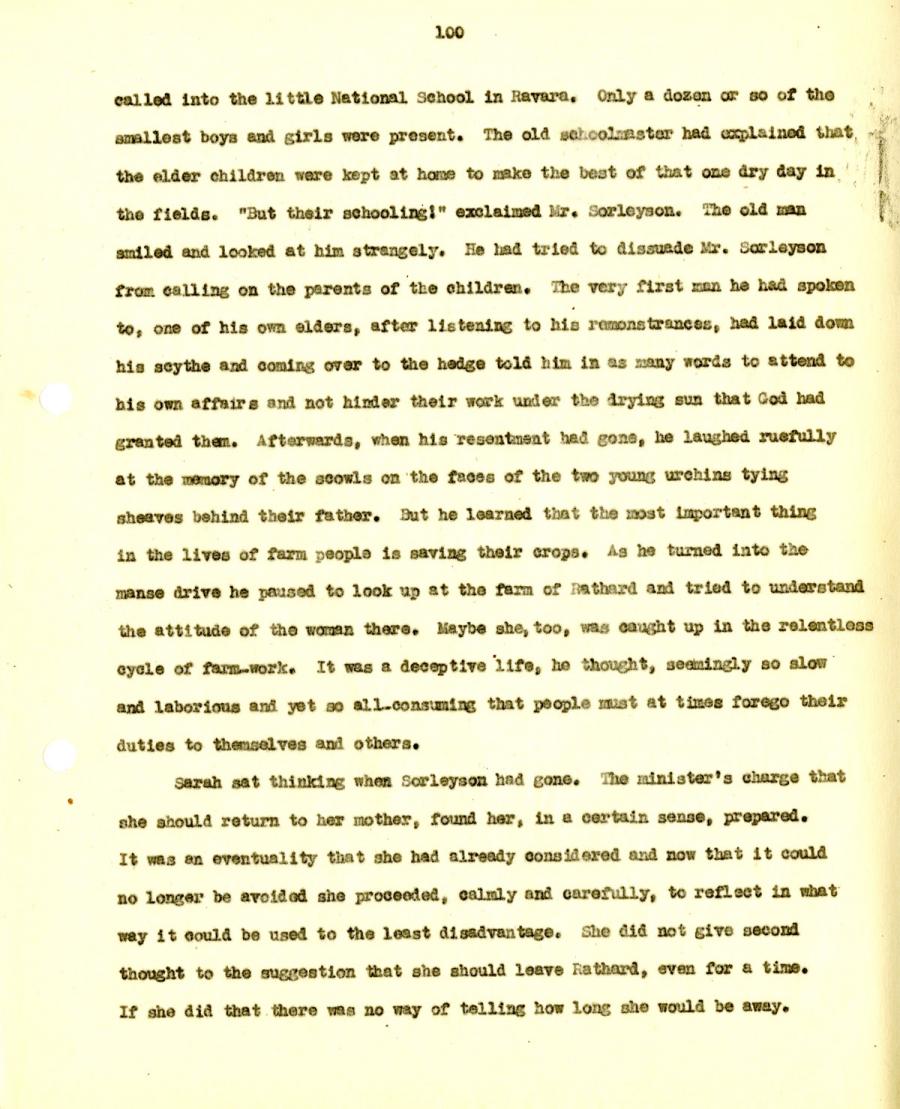 called Into the little National school in Ravare. Only a dozen or so of the

smallest boys and girls were present. The old schoolmaster had explained that -
the elder children were kept at home to make the best of that one dry day in
the fields. “But their schooling!” exclaimed Mr. Sorleyson. The old man
smiled and looked at him strangely. He had tried to dissuade Mr. Sorleyson
from calling on the parents of the children. The very first men he had spoken
to, one of his own elders, after listening to hie remonstrances, had laid down
his scythe and coming over to the hedge told him in as many words to attend to
his own affaire and not hinder their work under the drying sun that God had
granted them. Afterwards, when his resentment had gone, he laughed ruefully
at the memory of the scowls on the faces of the two young urchins tying
sheaves behind their father. But he learned that the most Important thing
in the lives of farm people is saving their crops. As he turned into the
manse drive he paused to look up at tho farm of Rathard and tried to understand
the attitude of the woman there. Maybe she, too, was caught up in the relentless
cycle of farm-work. It was a deceptive life, he thought, seemingly so slow
and laborious and yet so all-consuming that people must at times forego their
duties to themselves and others.

Sarah sat thinking when Sorleyson had gone. The minister’s charge that
she should return to her mother, found her, in a certain sense, prepared.
It was an eventuality that she had already considered and now that it could
no longer be avoided she proceeded, calmly and carefully, to reflect in what
way it could be used to the least disadvantage. She did not give second
thought to the suggestion that she should leave Rathard, even for a time.
If she did that there was no way of telling how long she would be away.