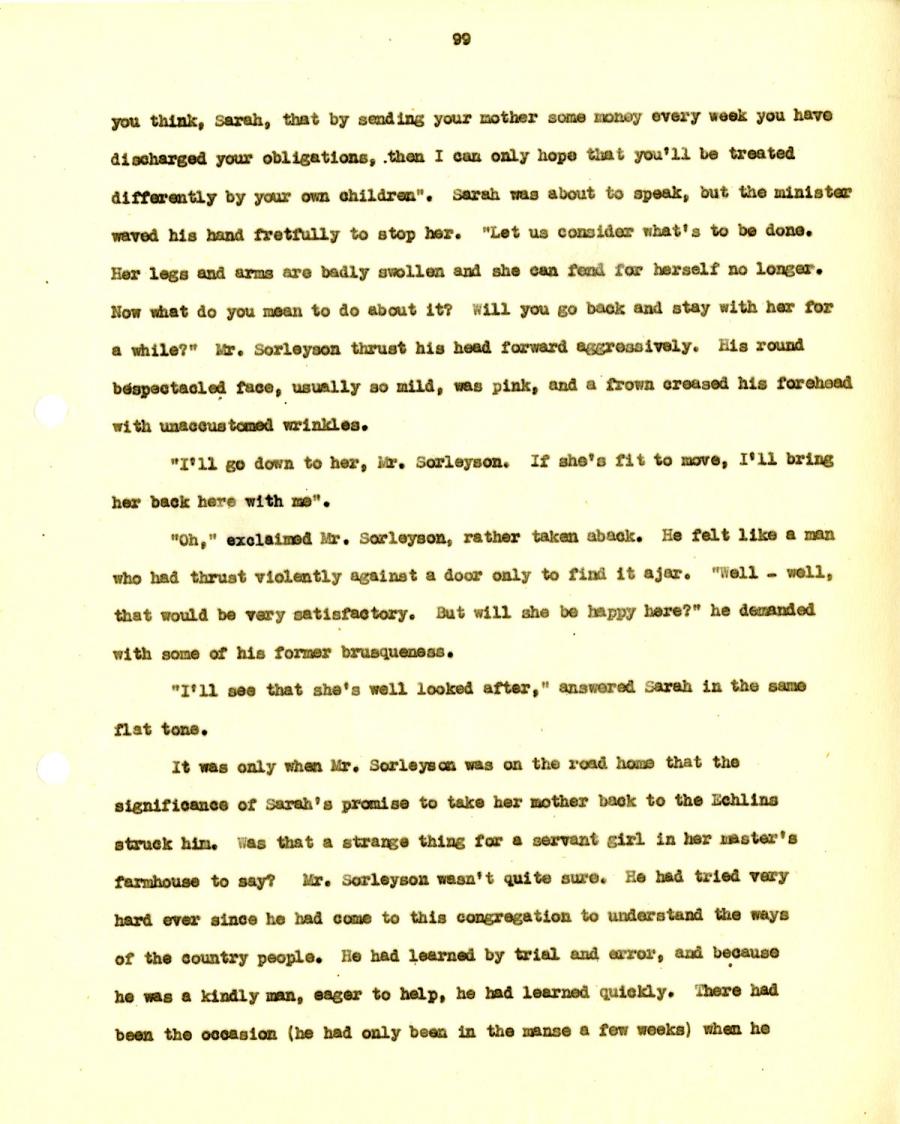 you think, Sarah, that by sending your mother some money every week you have
discharged your obligations, then I can only hope that you’ll be treated
differently by your own children". Sarah was about to speak, but the minister
waved his hand fretfully to stop her. "Let us consider what’s to be done.

Her legs and arms are badly swollen and she can fend for herself no longer.
Now what do you mean to do about it? Will you go back and stay with her for
a while?” Mr. Sorleyson thrust his head forward aggressively. His round
bespectacled face, usually so mild, was pink, and a frown creased his forehead
with unaccustomed wrinkles.

"Oh,” exclaimed Mr. Sorleyson, rather taken aback. He felt like a man
who had thrust violently against a door only to find it ajar. "Well - well,
that would be vary satisfactory. But will she be happy here?” he demanded
with some of his former brusqueness.

It was only when Mr. Sorleyson was on the road home that the
significance of Sarah’s promise to take her mother back to the Echlins
struck him. Was that a strange thing for a servant girl in her master’s
farmhouse to say? Mr. Sorleyson wasn’t quite sure. He had tried very
hard ever since he had come to this congregation to understand the ways
of the country people. He had learned by trial and error, and because
he was a kindly man, eager to help, he had learned quickly. There had
been the occasion (he had only been in the manse a few weeks) when he