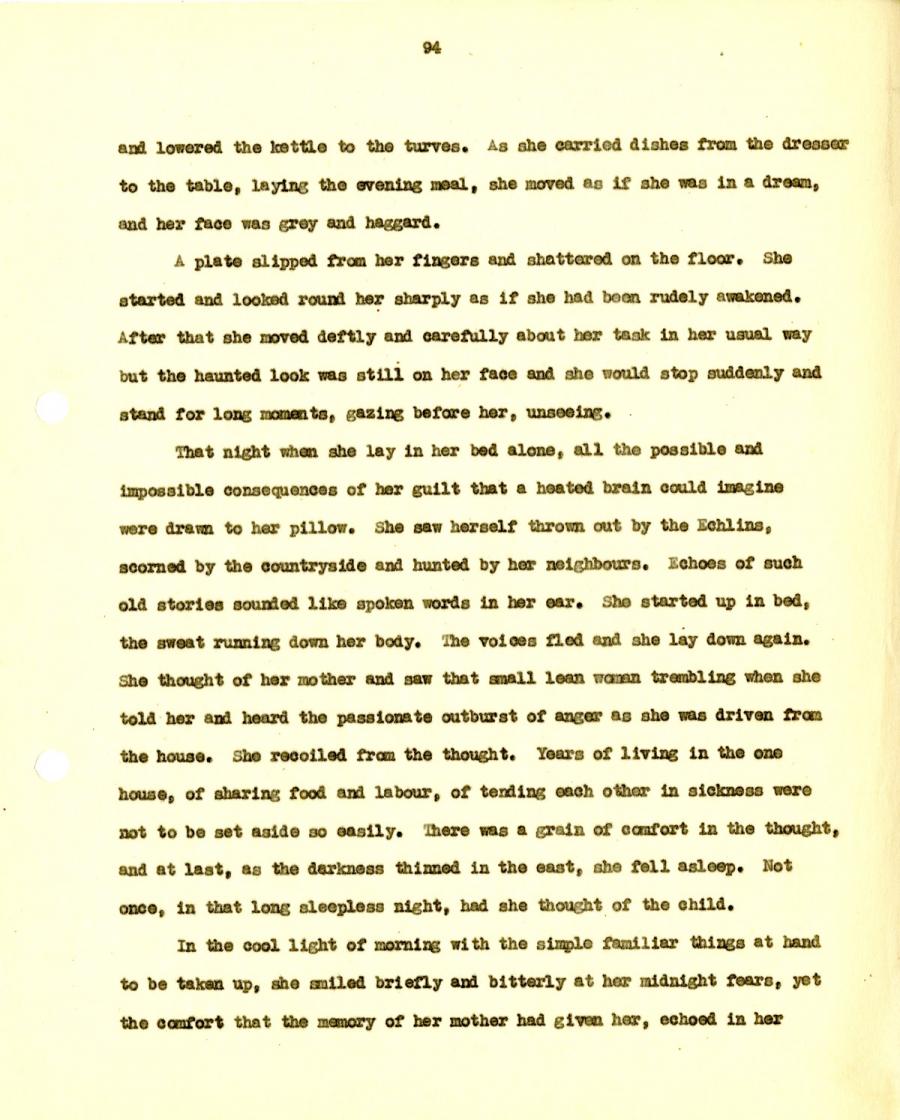 and lowered the kettle to the turves. As she carried dishes from the dresser
to the table, laying the evening meal, she moved as if she was in a dream,
and her face was grey and haggard.

A plate slipped from her fingers and shattered on the floor. She
started and looked round her sharply as if she had been rudely awakened.

After that she moved deftly and carefully about her task in her usual way
but the haunted look was still on her face and she would stop suddenly and
stand for long moments, gazing before her, unseeing.

That night when she lay in her bed alone, all the possible and
impossible consequences of her guilt that a heated brain could imagine
were drawn to her pillow. She saw herself thrown out by the Echlins,
scorned by the countryside and hunted by her neighbours. Echoes of such
old stories sounded like spoken words in her ear. She started up in bed,
the sweat running down her body. The voices fled and she lay down again.

She thought of her mother and saw that small lean woman trembling when she
told her and heard the passionate outburst of anger as she was driven from
the house. She recoiled from the thought. Years of living in the one
house, of sharing food and labour, of tending each other in sickness were
not to be set aside so easily. There was a grain of comfort in the thought,
and at last, as the darkness thinned in the east, she fell asleep. Not
once, in that long sleepless night, had she thought of the child.

In the cool light of morning with the simple familiar things at hand
to be taken up, she smiled briefly and bitterly at her midnight fears, yet
the comfort that the memory of her mother had given her, echoed in her