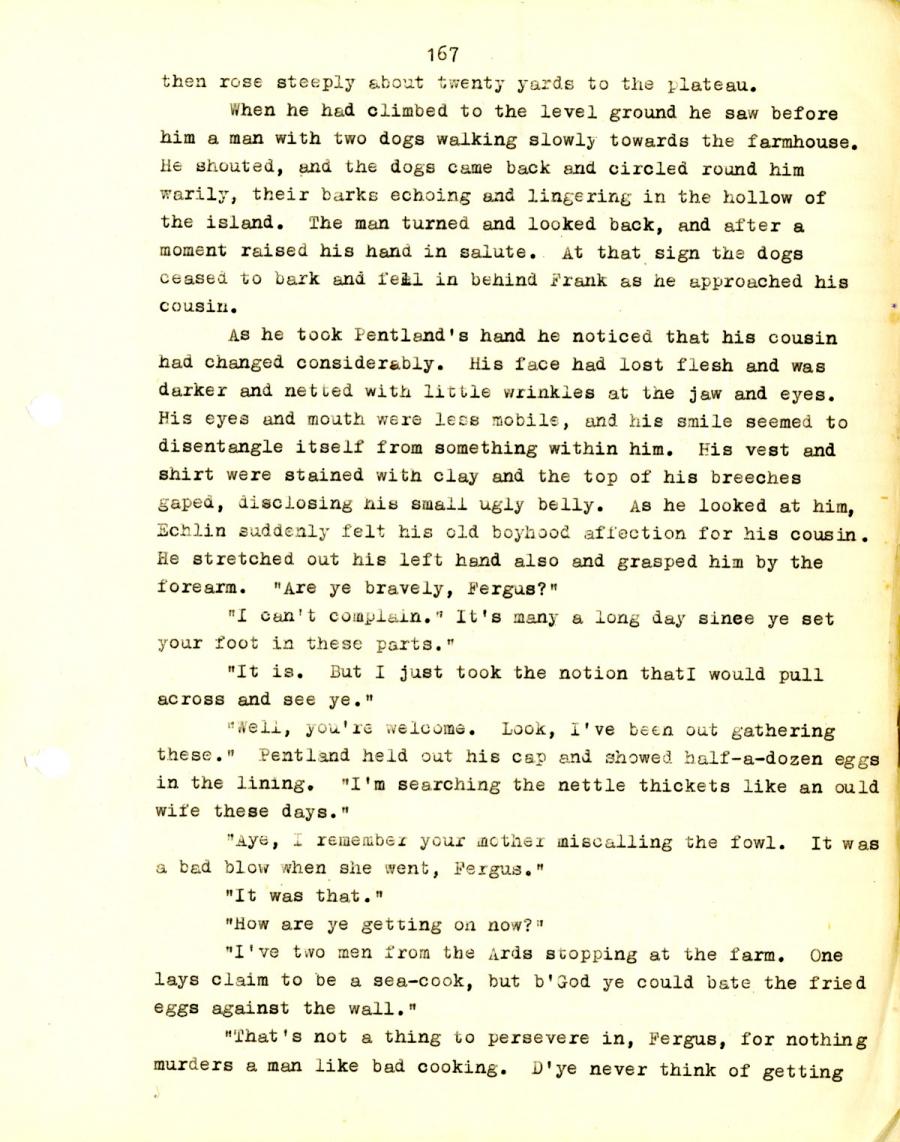 then rose steeply about twenty yards to the plateau.

When he had climbed to the level ground he saw before
him a man with two dogs walking slowly towards the farmhouse.
He shouted, and the dogs came back and circled round him
warily, their barks echoing and lingering in the hollow of
the island. The man turned and looked back, and after a
moment raised his hand in salute. At that sign the dogs
ceased to bark and fell in behind Frank as he approached his
cousin.

As he took Pentland's hand he noticed that his cousin
had changed considerably. His face had lost flesh and was
darker and netted with little wrinkles at the jaw and eyes.
His eyes and mouth were less mobile, and his smile seemed to
disentangle itself from something within him. His vest and
shirt were stained with clay and the top of his breeches
gaped, disclosing his small ugly belly. As he looked at him,
Echlin suddenly felt his old boyhood affection for his cousin.
He stretched out his left hand also and grasped him by the
forearm. "Are ye bravely, Fergus?"

"I can't complain." It's many a long day since ye set
your foot in these parts."

"It is. But I just took the notion thatl would pull
across and see ye."

"Well, you’re welcome. Look, I've been out gathering
these." Pentiand held out his cap and showed half-a-dozen eggs
in the lining. "I’m searching the nettle thickets like an ould
wife these days."

"Aye, I remember your mother miscalling the fowl. It was
a bad blow when she went, Fergus."

"How are ye getting on now?"

"I've two men from the Ards stopping at the farm. One
lays claim to be a sea-cook, but b’God ye could bate the fried
eggs against the wall."

"That's not a thing to persevere in, Fergus, for nothing
murders a man like bad cooking. D'ye never think of getting