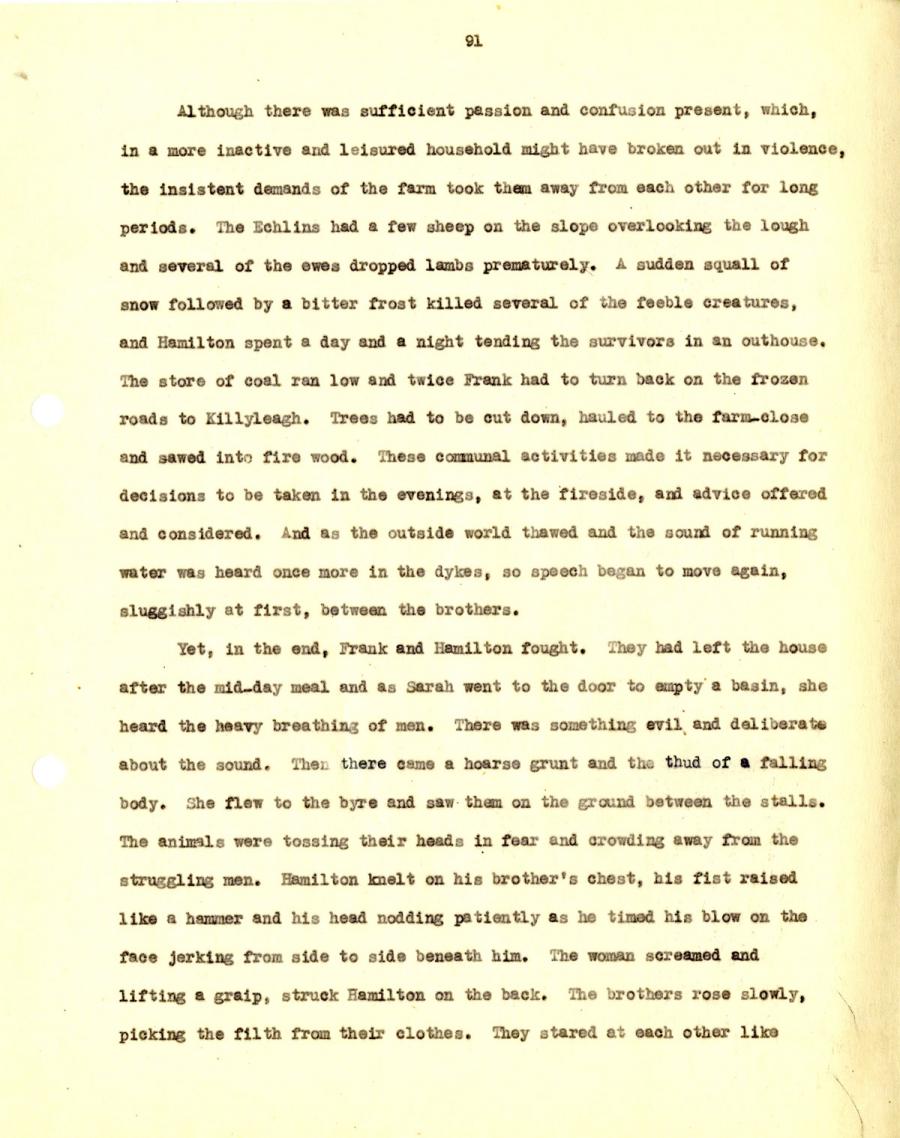 Although there was sufficient passion and confusion present, which,
in a more inactive and leisured household might have broken out in violence,
the insistent demands of the farm took thou away from each other for long
periods. The Echlins had a few sheep on the slope overlooking the lough
and several of the ewes dropped lambs prematurely. A sudden squall of
snow followed by a bitter frost killed several of the feeble creatures,
and Hamilton spent a day and a night tending the survivors in an outhouse.

The store of coal ran low and twice Frank had to turn back on the frozen
roads to Killyleagh. Trees had to be cut down, hauled to the farm-close
and sawed into fire wood. These communal activities made it necessary for
decisions to be taken in the evenings, at the fireside, and advice offered
and considered. And as the outside world thawed and the sound of running
water was heard once more in the dykes, so speech began to move again,
sluggishly at first, between the brothers.

Yet, in the end, Frank and Hamilton fought. They had left the house
after the mid-day meal and as Sarah went to the door to empty a basin, she
heard the heavy breathing of men. There was something evil and deliberate
about the sound. Then there came a hoarse grunt and the thud of a falling
body. She flew to the byre and saw them on the ground between the stalls.

The animals were tossing their heads in fear and crowding away from the
struggling men. Hamilton knelt on his brother’s chest, his fist raised
like a hammer and his head nodding patiently as he timed his blow on the
face Jerking from side to side beneath him. The woman screamed and
lifting a graip, struck Hamilton on the back. The brothers rose slowly,
picking the filth from their clothes. They stared at each other like