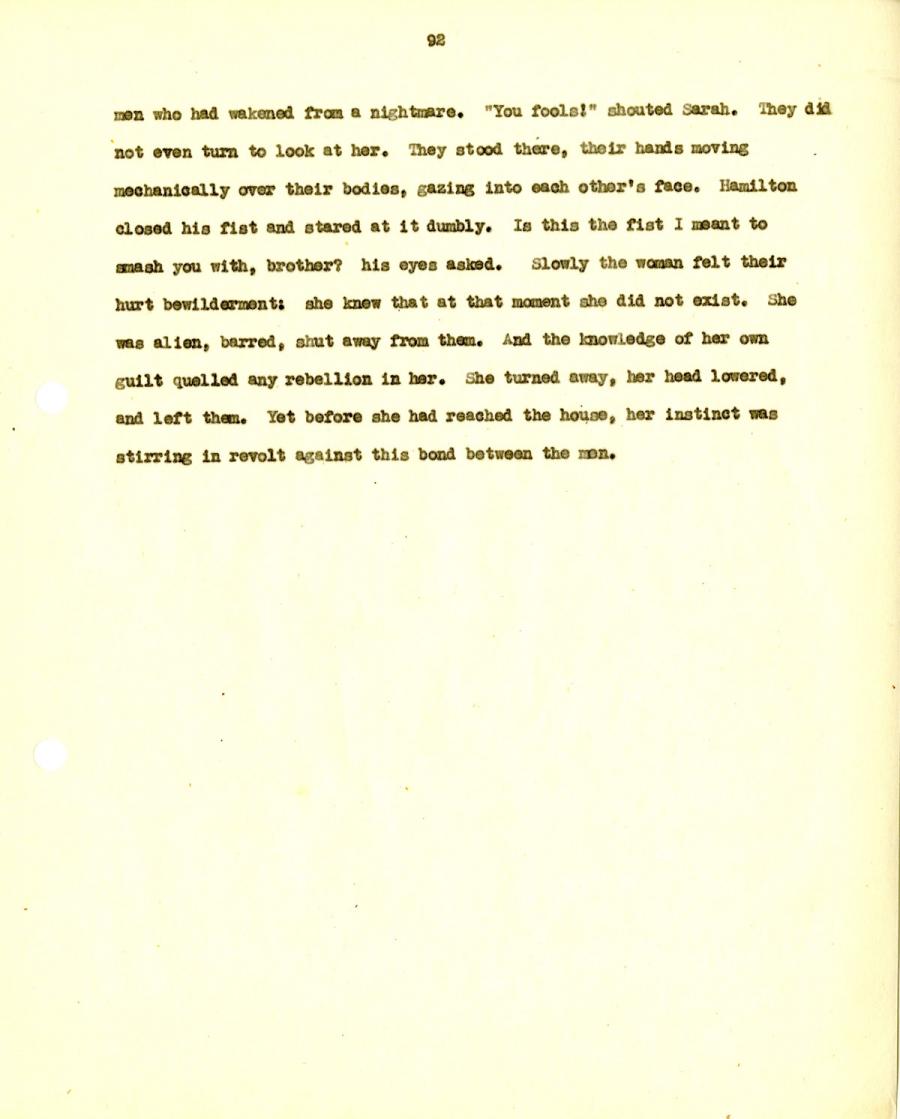 men who had wakened from a nightmare. "You fools!” shouted Sarah. They did
not even turn to look at her. They stood there, their hands moving
mechanically over their bodies, gazing into each other’s face. Hamilton
closed his fist and stared at it dumbly. Is this the fist I meant to
smash you with, brother? his eyes asked. Slowly the woman felt their
hurt bewilderment: she knew that at that moment she did not exist. She
was alien, barred, shut away from them. And the knowledge of her own
guilt quelled any rebellion in her. she turned away, her head lowered,
and left them. Yet before she had reached the house, her instinct was
stirring in revolt against this bond between the men.