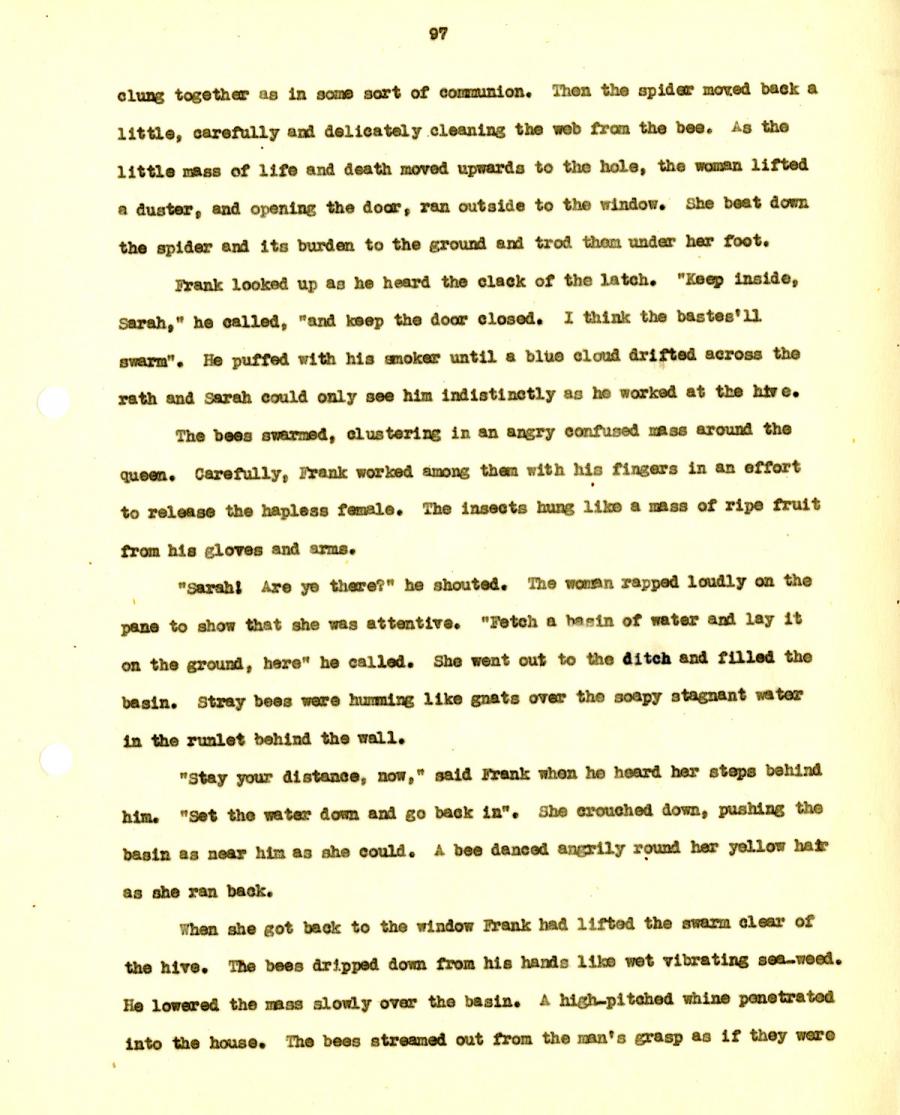 clung together as in some sort of communion. Then the spider moved back a
little, carefully and delicately cleaning the web from the bee. As the
little mass of life and death moved upwards to the hole, the woman lifted
a duster, and opening the door, ran outside to the window, she beat down
the spider and its burden to the ground and trod then under her foot.

Frank looked up as he heard the clack of the latch, "Keep inside,
Sarah," he called, "and keep the door closed, I think the bastes’ll
swarm”. He puffed with his smoker until a blue cloud drifted across the
rath and Sarah could only see him indistinctly as he worked at the hire.

The bees swarmed, clustering in an angry confused mass around the
queen. Carefully, Frank worked among them with his fingers in an effort
to release the hapless female. The insects hung like a mass of ripe fruit
from his gloves and arms,

"Sarah! Are ye there?” he shouted. The woman rapped loudly on the
pane to show that she was attentive, "Fetch a basin of water and lay it
on the ground, here" he called. She went out to the ditch and filled the
basin. Stray bees were hunming like gnats over the soapy stagnant water
in the runlet behind the wall.

"Stay your distance, now," said Frank when he heard her steps behind
him. "Set the water down and go back in". She crouched down, pushing the
basin as near him as she could. A bee danced angrily round her yellow hair
as she ran back,

When she got back to the window Frank had lifted the swarm clear of
the hive. The bees dripped down from his hands like wet vibrating sea-weed.
He lowered the mass slowly over the basin. A high-pitched whine penetrated
into the house. The bees streamed out from the man’s grasp as if they were