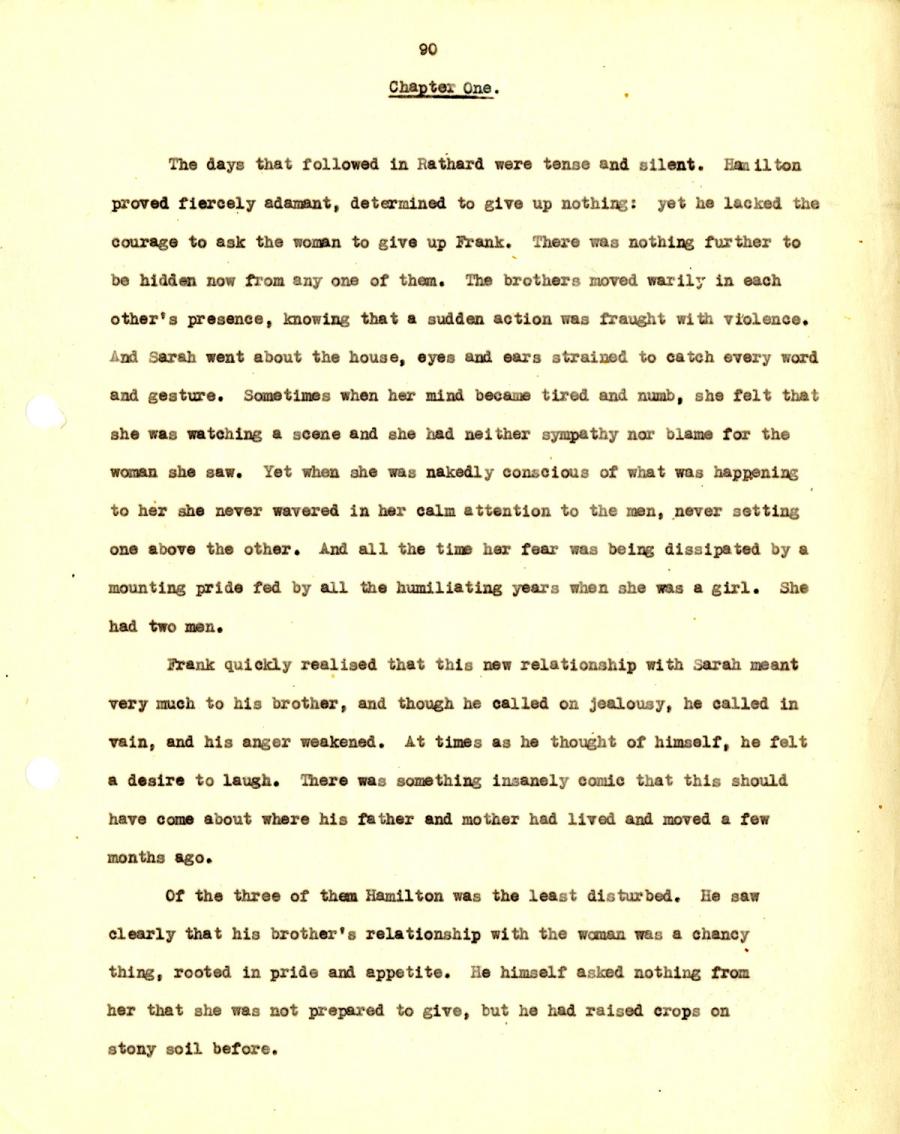 The days that followed in Rathard were tense and silent. Hamilton
proved fiercely adamant, determined to give up nothing: yet he lacked the
courage to ask the woman to give up Frank. There was nothing further to
be hidden now from any one of them. The brothers moved warily in each
other's presence, knowing that a sudden action was fraught with violence.
And Sarah went about the house, eyes and ears strained to catch every word
and gesture. Sometimes when her mind became tired and numb, she felt that
she was watching a scene and she had neither sympathy nor blame for the
woman she saw. Yet when she was nakedly conscious of what was happening
to her she never wavered in her calm attention to the men, never setting
one above the other. And all the time her fear was being dissipated by a
mounting pride fed by all the humiliating years when she was a girl. She
had two men.

Frank quickly realised that this new relationship with Sarah meant
very much to his brother, and though he called on jealousy, he called in
vain, and his anger weakened. At times as he thought of himself, he felt
a desire to laugh. There was something insanely comic that this should
have come about where his father and mother had lived and moved a few
months ago.

Of the three of them Hamilton was the least disturbed. He saw
clearly that his brother's relationship with the woman was a chancy
thing, rooted in pride and appetite. He himself asked nothing from
her that she was not prepared to give, but he had raised crops on
stony soil before.