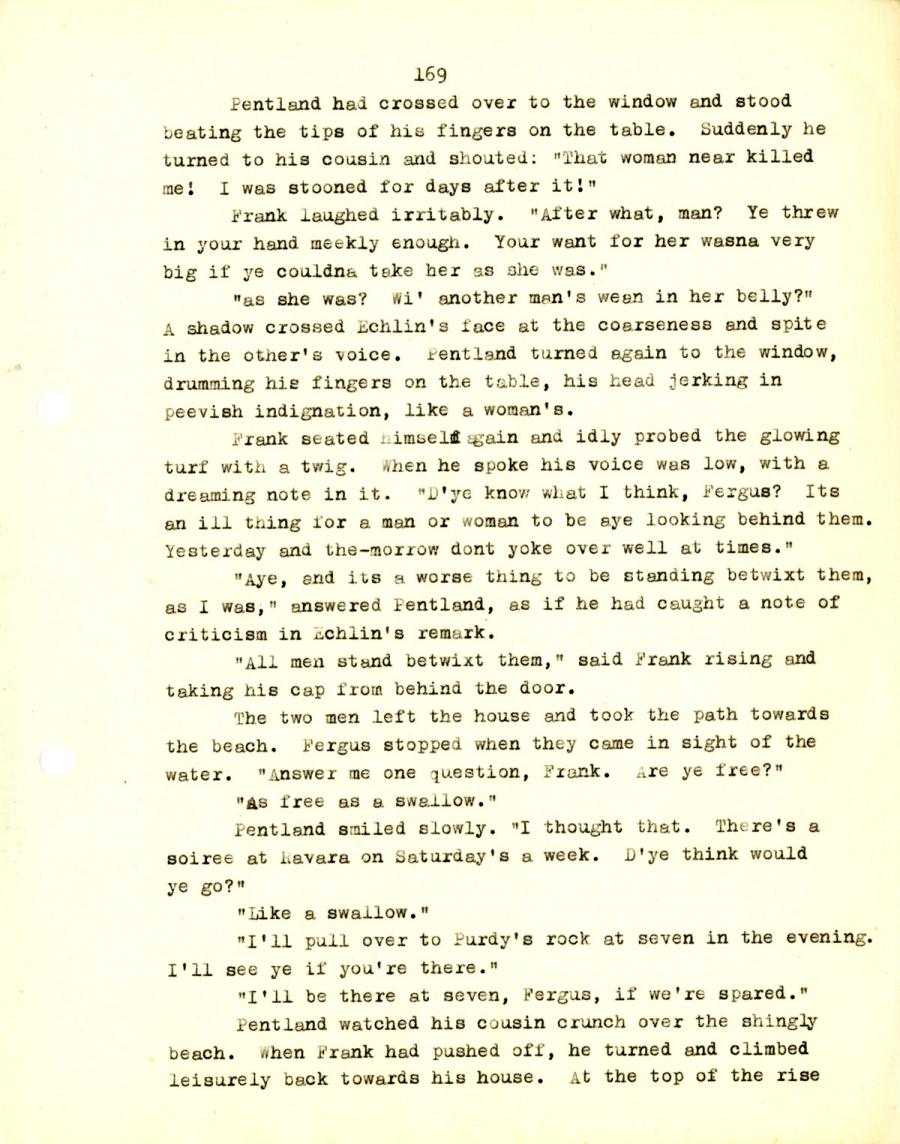 Pentland had crossed over to the window and stood
beating the tips of his fingers on the table. Suddenly he
turned to his cousin and shouted: "That woman near killed
me! I was stooned for days after it!"

Frank laughed irritably. "After what, man? Ye threw
in your hand meekly enough. Your want for her wasna very
big if ye couldna take her as she was."

"as she was? wi' another man's wean in her belly?"

A shadow crossed Echlin's face at the coarseness and spite
in the other's voice. Pentland turned again to the window,
drumming his fingers on the table, his head jerking ih
peevish indignation, like a woman's.

Frank seated himself again and idly probed the glowing
turf with a twig. When he spoke his voice was low, with a
dreaming note in it. "D’ye know what I think, Fergus? Its
an ill thing for a man or woman to be aye looking behind them
Yesterday and the-morrow dont yoke over well at times."

"Aye, and its a worse thing to be standing betwixt them
as I was," answered Pentland, as if he had caught a note of
criticism in Echlin's remark.

"All men stand betwixt them," said Frank rising and
taking his cap from behind the door.

The two men left the house and took the path towards
the beach. Fergus stopped when they came in sight of the
water. "Answer me one question, Frank. Are ye free?"

Pentland smiled slowly. "I thought that. There's a
soiree at Ravara on Saturday's a week. D'ye think would
ye go?"

"I'll pull over to Purdy's rock at seven in the evening
I'll see ye if you're there."

"I’ll be there at seven, Fergus, if we're spared."

Pentland watched his cousin crunch over the shingly
beach. When Frank had pushed off, he turned and climbed
leisurely back towards his house. At the top of the rise