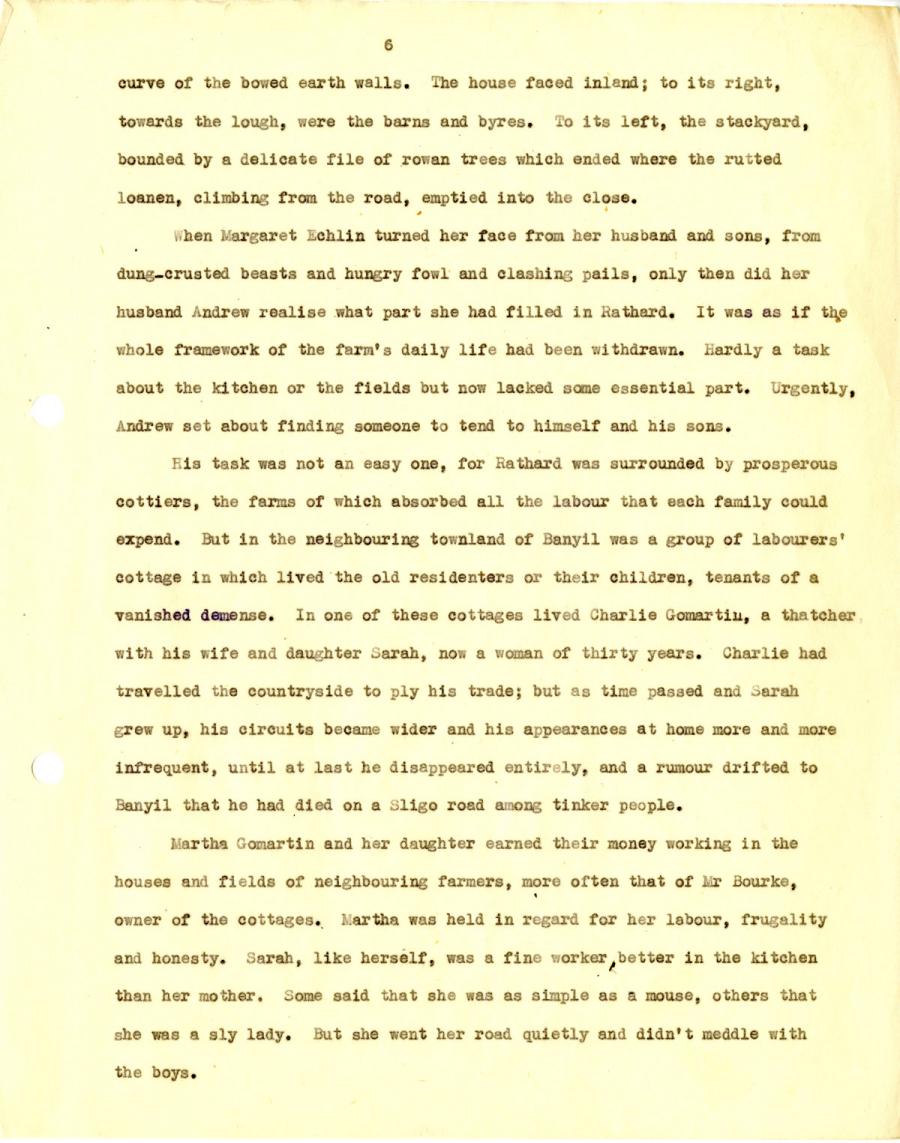 curve of the bowed earth walls. The house faced inland; to its right,

towards the lough, were the barns and byres. To its left, the stackyard,

loanen, climbing from the road, emptied into the close.

When Margaret Echlin turned her face from her husband and sons, from

dung-crusted beasts and hungry fowl and clashing pails, only then did her

husband Andrew realise what part she had filled in Rathard. It was as if the

whole framework of the farm’s daily life had been withdrawn, hardly a task

about the kitchen or the fields but now lacked some essential part. Urgently,

Andrew set about finding someone to tend to himself and his sons.

His task was not an easy one, for Rathard was surrounded by prosperous

cottiers, the farms of which absorbed all the labour that each family could

expend. But in the neighbouring townland of Banyil was a group of labourers'

cottage in which lived the old residenters or their children, tenants of a

vanished demense. In one of these cottages lived Charlie Gomartin, a thatcher

with his wife and daughter Sarah, now a woman of thirty years. Charlie had

travelled the countryside to ply his trade; but as time passed and Sarah

grew up, his circuits became wider and his appearances at home more and more

infrequent, until at last he disappeared entirely, and a rumour drifted to

Banyil that he had died on a Sligo road among tinker people.

Martha Gomartin and her daughter earned their money working in the

houses and fields of neighbouring farmers, more often that of Mr Bourke,

owner of the cottages. Martha was held in regard for her labour, frugality

and honesty. Sarah, like herself, was a fine worker^better in the kitchen

than her mother. Some said that she was as simple as a mouse, others that

she was a sly lady. But she went her road quietly and didn't meddle with