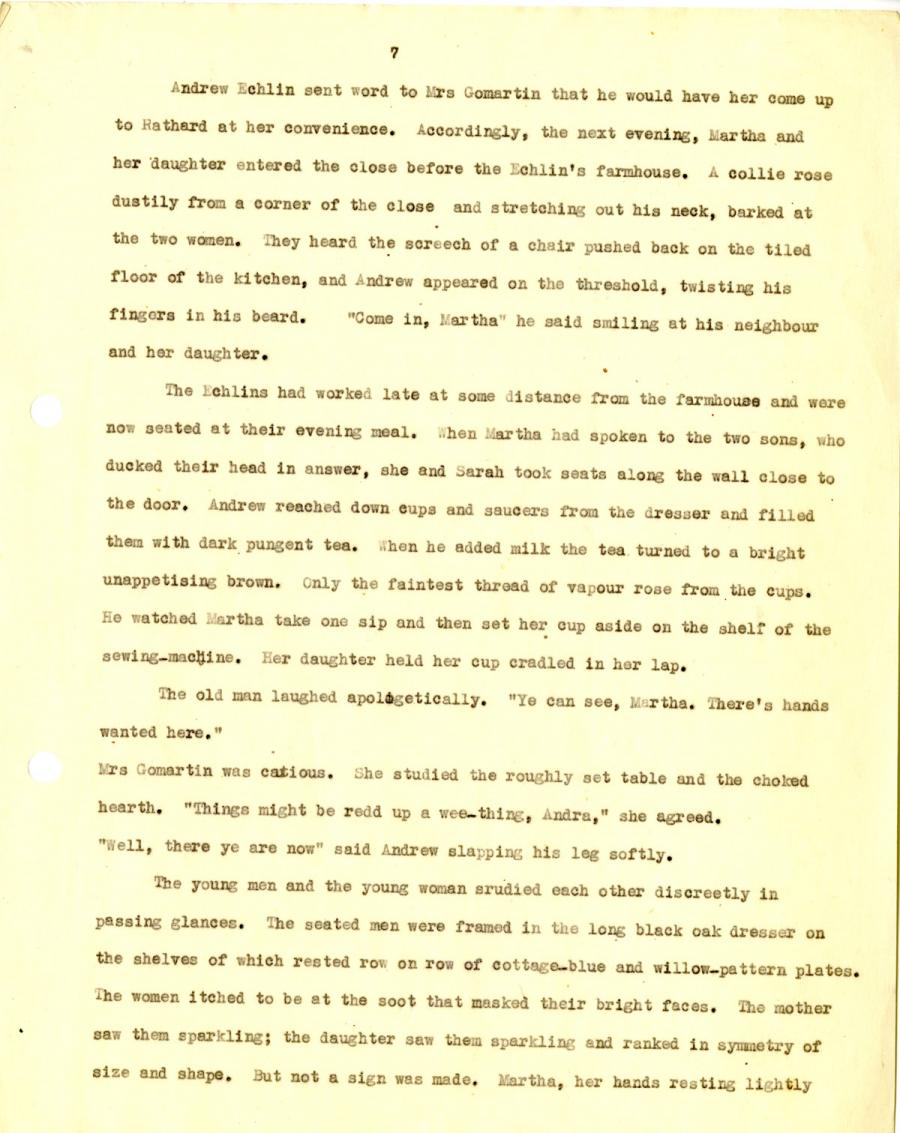 to Rathard at her convenience. Accordingly, the next evening, Martha and

her daughter entered the close before the Echlin's farmhouse. A collie rose

dustily from a corner of the close and stretching out his neck, barked at

the two women. They heard the screech of a chair pushed back on the tiled

floor of the kitchen, and Andrew appeared on the threshold, twisting his

fingers in his beard. “Come in, Martha" he said smiling at his neighbour

now seated at their evenly meal. When Martha had spoken to the two sons, who

ducked their head in answer, she and Sarah took seats along the wall close to

the door. Andrew reached down cups and saucers from the dresser and filled

them with dark pungent tea. ..hen he added milk the tea turned to a bright

unappetising brown. Only the faintest thread of vapour rose from the cups.

sewing-machine, her daughter held her cup cradled in her lap.

MrS Gomartin was cautious. She studied the roughly set table and the choked

hearth. "Things might be red up a wee-thing, Andrew,” she agreed,

passing glances. The seated men were framed in the long black oak dresser on

the shelves of which rested row on row of cottage-blue and willow-pattern plates,

the women itched to be at the soot that masked their bright faces. The mother

size and shape. But not a sign was made. Martha, her hands resting lightly