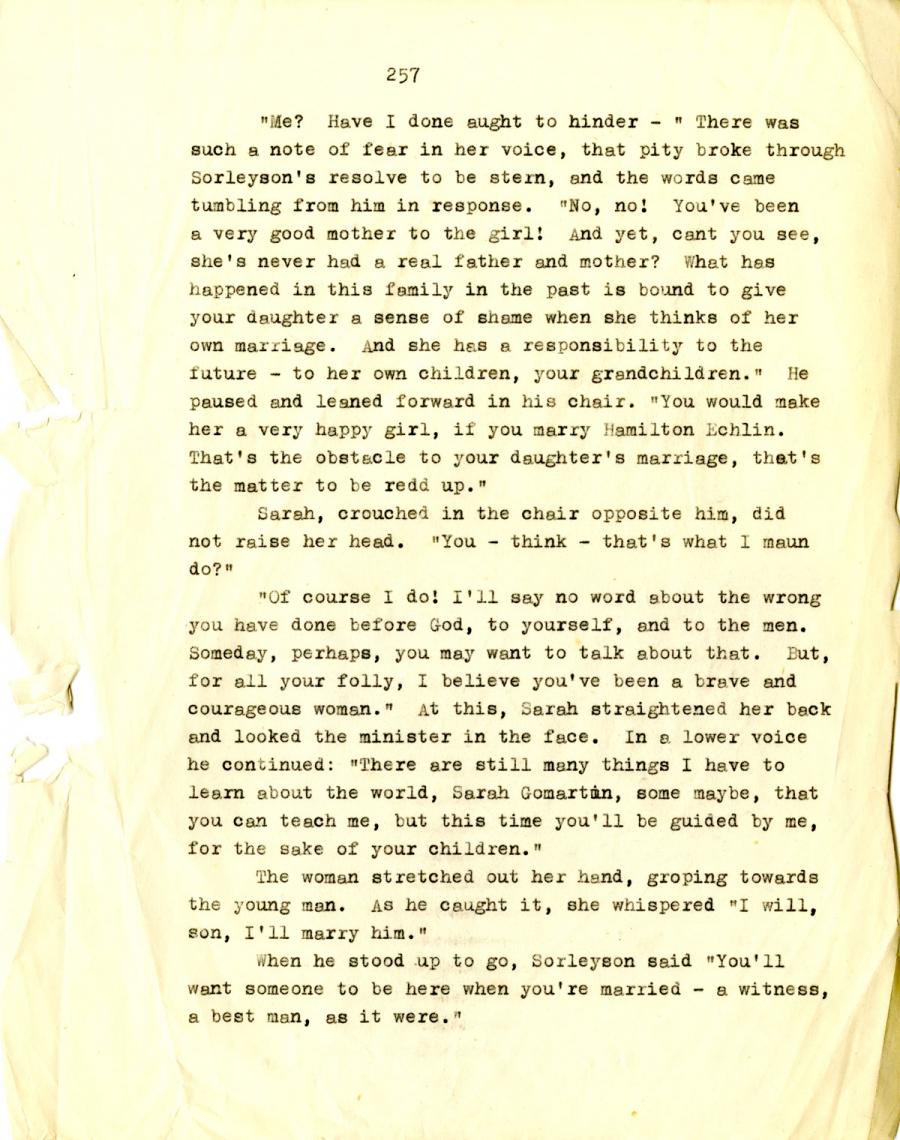 "Me? Have I done aught to hinder - " There was
such a note of fear in her voice, that pity broke through
Sorleyson's resolve to be stern, and the words came
tumbling from him in response. "No, no! You've been
a very good mother to the girl! And yet, cant you see,
she's never had a real father and mother? What has
happened in this family in the past is bound to give
your daughter a sense of shame when she thinks of her
own marriage. And she has a responsibility to the
future - to her own children, your grandchildren." He
paused and leaned forward in his chair. "You would make
her a very happy girl, if you marry Hamilton Echlin.
That's the obstacle to your daughter's marriage, that's
the matter to be redd up."

Sarah, crouched in the chair opposite him, did
not raise her head. "You - think - that's what 1 maun
do?"

"Of course I do! I'll say no word about the wrong
you have done before God, to yourself, and to the men.
Someday, perhaps, you may want to talk about that. But,
for all your folly, I believe you've been a brave and
courageous woman." At this, Sarah straightened her back
and looked the minister in the face. In a lower voice
he continued: "There are still many things I have to
learn about the world, Sarah Gomartun, some maybe, that
you can teach me, but this time you'll be guided by me,
for the sake of your children."

The woman stretched out her hand, groping towards
the young man. As he caught it, she whispered "I will,
son, I'll marry him."

When he stood up to go, Sorleyson said "You'll
want someone to be here when you're married - a witness,
a best man, as it were."