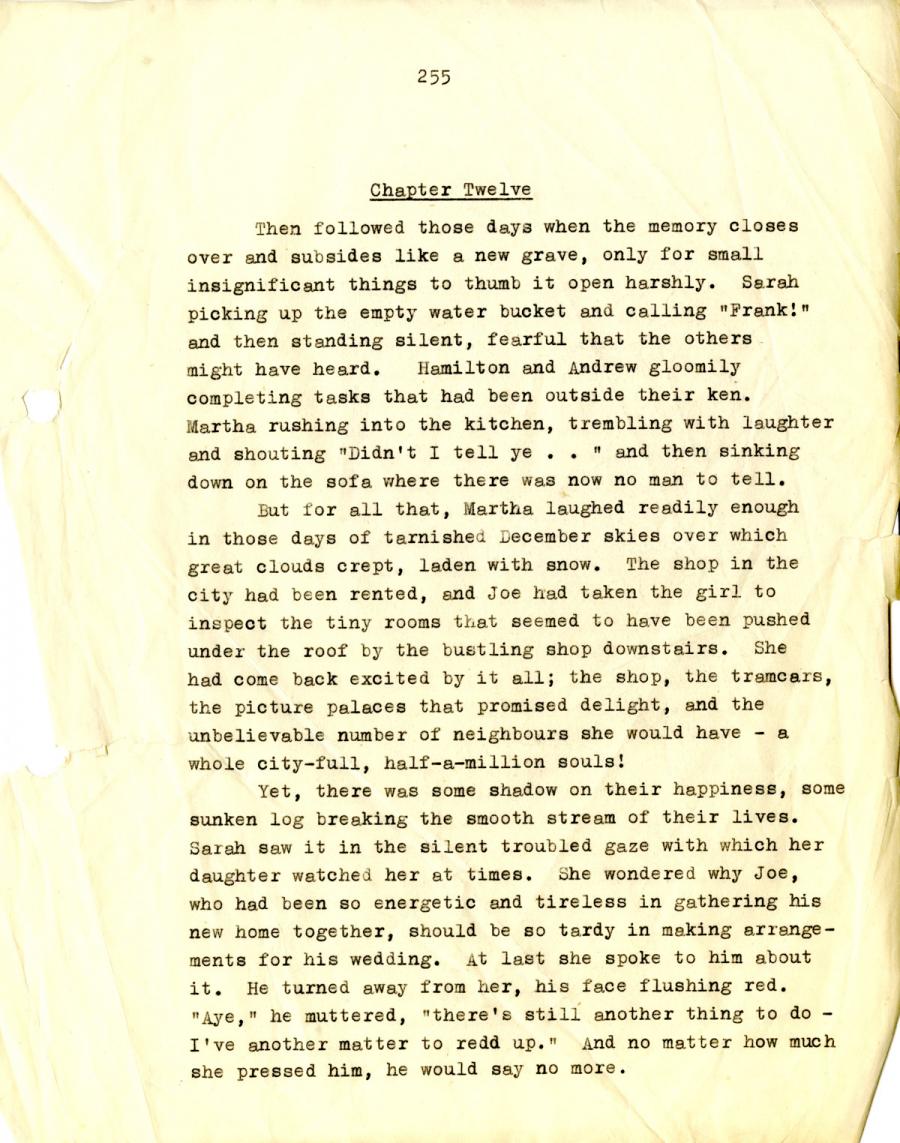 Then followed those days when the memory closes
over and subsides like a new grave, only for small
insignificant things to thumb it open harshly. Sarah
picking up the empty water bucket and calling "Frank!"
and then standing silent, fearful that the others
might have heard. Hamilton and Andrew gloomily
completing tasks that had been outside their ken.
Martha rushing into the kitchen, trembling with laughter
and shouting "Didn't I tell ye . . " and then sinking
down on the sofa where there was now no man to tell.

But for all that, Martha laughed readily enough
in those days of tarnished December skies over which
great clouds crept, laden with snow. The shop in the
city had been rented, and Joe had taken the girl to
inspect the tiny rooms that seemed to have been pushed
under the roof by the bustling shop downstairs. She
had come back excited by it all; the shop, the tramcars,
the picture palaces that promised delight, and the
unbelievable number of neighbours she would have - a
whole city-full, half-a-million souls!

Yet, there was some shadow on their happiness, some
sunken log breaking the smooth stream of their lives.
Sarah saw it in the silent troubled gaze with which her
daughter watched her at times. She wondered why Joe,
who had been so energetic and tireless in gathering his
new home together, should be so tardy in making arrange-
ments for his wedding. At last she spoke to him about
it. He turned away from her, his face flushing red.
"Aye," he muttered, "there's still another thing to do -
I've another matter to redd up." And no matter how much
she pressed him, he would say no more.