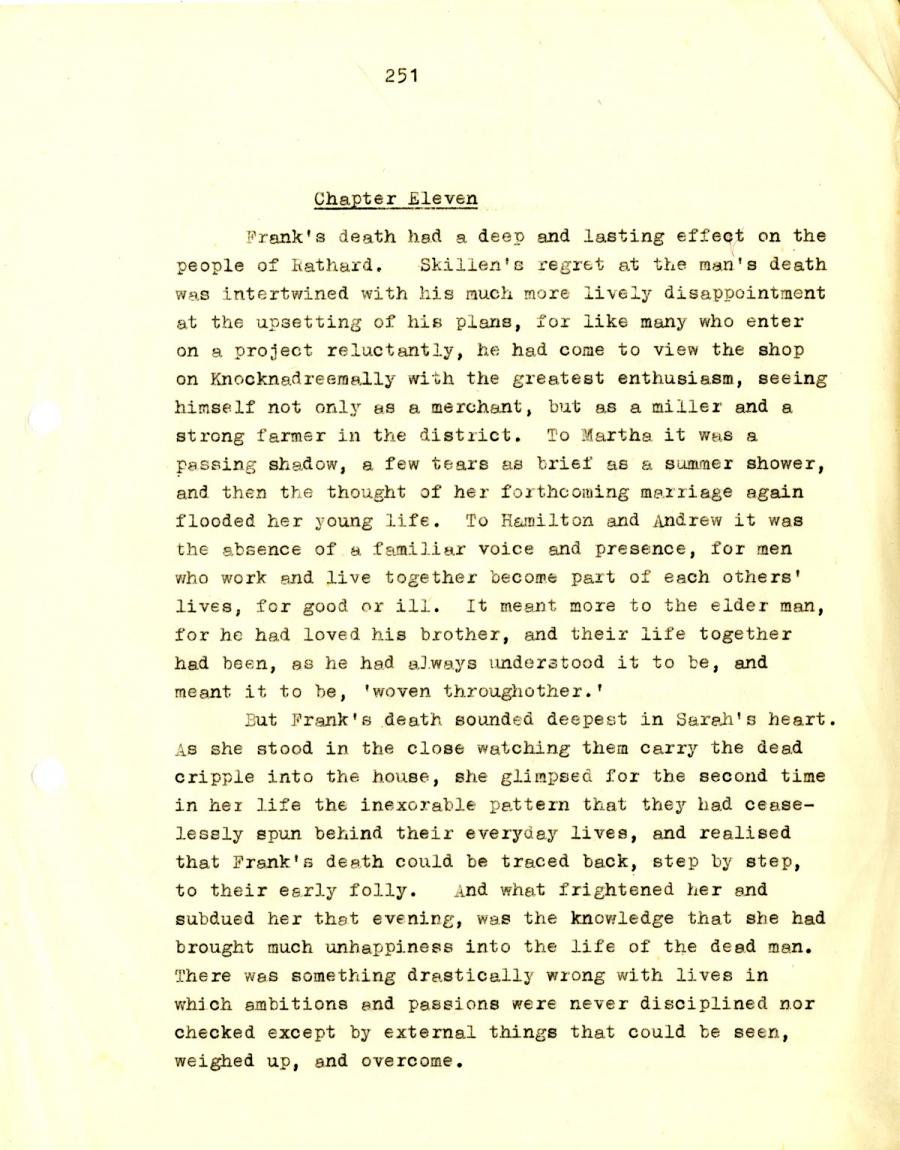 Frank's death had a deep and lasting effect on the
people of Rathard, Skillen's regret at the man's death
was intertwined with his much more lively disappointment
at the upsetting of his plans, for like many who enter
on a project reluctantly, he had come to view the shop
on Knocknadreemally with the greatest enthusiasm, seeing
himself not only as a merchant, but as a miller and a.
strong farmer in the district. To Martha it was a
passing shadow, a few tears as brief as a summer shower,
and then the thought of her forthcoming marriage again
flooded her young life. To Hamilton and Andrew it was
the absence of a familiar voice and presence, for men
who work end live together become part of each others'
lives, for good or ill. It meant more to the elder man,
for he had loved his brother, and their life together
had been, as he had always understood it to be, and
meant it to be, 'woven throughother.'

But Frank's death sounded deepest in Sarah's heart.
As she stood in the close watching them carry the dead
cripple into the house, she glimpsed for the second time
in her life the inexorable pattern that they had cease-
lessly spun behind their everyday lives, and realised
that Frank's death could be traced back, step by step,
to their early folly. And what frightened her and
subdued her that evening, was the knowledge that she had
brought much unhappiness into the life of the deed man.
There was something drastically wrong with lives in
which ambitions and passions were never disciplined nor
checked except by external things that could be seen,
weighed up, and overcome.