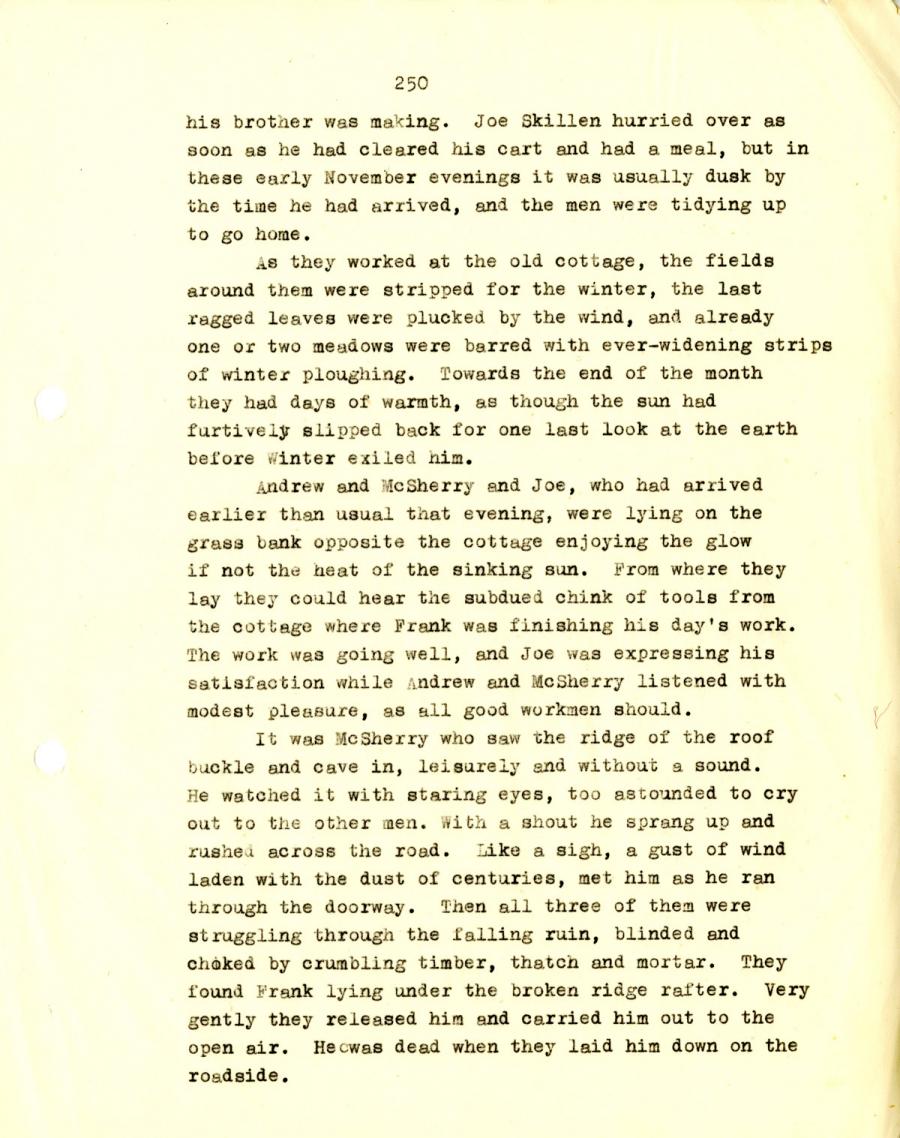 his brother was making. Joe Skillen hurried over as
soon as he had cleared his cart and had a meal, but in
these early November evenings it was usually dusk by
the time he had arrived, and the men were tidying up
to go home.

As they worked at the old cottage, the fields
around them were stripped for the winter, the last
ragged leaves were plucked by the wind, and already
one or two meadows were barred with ever-widening strips
of winter ploughing. Towards the end of the month
they had days of warmth, as though the sun had
furtively slipped back for one last look at the earth
before Winter exiled him.

Andrew and McSherry and Joe, who had arrived
earlier than usual that evening, were lying on the
grass bank opposite the cottage enjoying the glow
if not the heat of the sinking sun. From where they
lay they could hear the subdued chink of tools from
the cottage where Frank was finishing his day’s work.

The work was going well, and Joe was expressing his
satisfaction while Andrew and McSherry listened with
modest pleasure, as all good workmen should.

It was MeSherry who saw the ridge of the roof
buckle and cave in, leisurely and without a sound.
He watched it with staring eyes, too astounded to cry
out to the other men. With a shout he sprang up and
rusher across the road. Like a sigh, a gust of wind
laden with the dust of centuries, met him as he ran
through the doorway. Then all three of them were
struggling through the falling ruin, blinded and
choked by crumbling timber, thatch and mortar. They
found Frank lying under the broken ridge rafter. Very
gently they released him and carried him out to the
open air. He was dead when they laid him down on the
roadside.