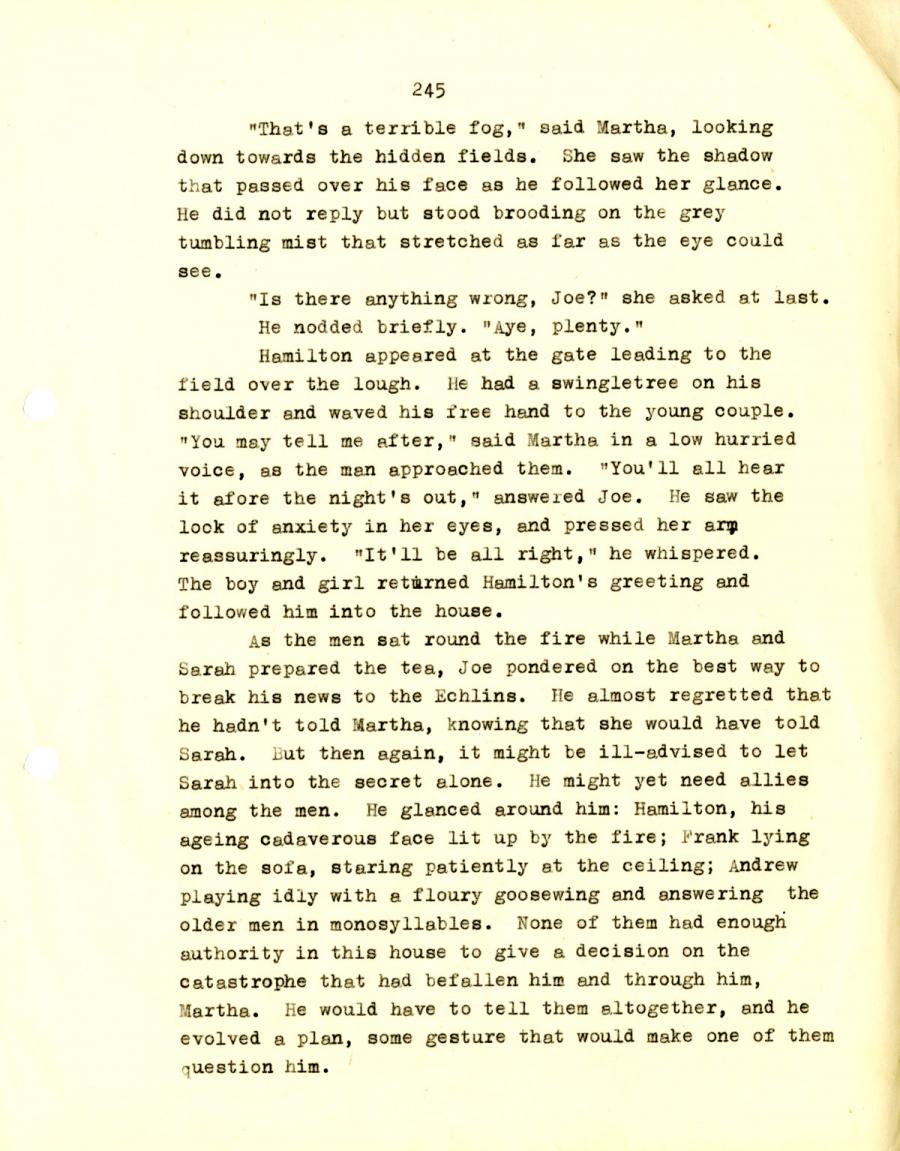 "That’s a terrible fog," said Martha, looking
down towards the hidden fields. She saw the shadow
that passed over his face as he followed her glance.
He did not reply but stood brooding on the grey
tumbling mist that stretched as far as the eye could
see.

"Is there anything wrong, Joe?" she asked at last.

Hamilton appeared at the gate leading to the
field over the lough. He had a swingletree on his
shoulder and waved his free hand to the young couple.
"You may tell me after," said Martha in a low hurried
voice, as the men approached them. "You'll all hear
it afore the night's out," answered Joe. He saw the
look of anxiety in her eyes, and pressed her arm
reassuringly. "It'll be all right," he whispered.
The boy and girl returned Hamilton's greeting and
followed him into the house.

As the men sat round the fire while Martha and
Sarah prepared the tea, Joe pondered on the best way to
break his news to the Echlins. He almost regretted that
he hadn't told Martha, knowing that she would have told
Sarah. But then again, it might be ill-advised to let
Sarah into the secret alone. He might yet need allies
among the men. He glanced around him: Hamilton, his
ageing cadaverous face lit up by the fire; .Frank lying
on the sofa, staring patiently at the ceiling; Andrew
playing idly with a floury goosewing and answering the
older men in monosyllables. None of them had enough
authority in this house to give a decision on the
catastrophe that had befallen him and through him,
Martha. He would have to tell them altogether, and he
evolved a plan, some gesture that would make one of them
question him.