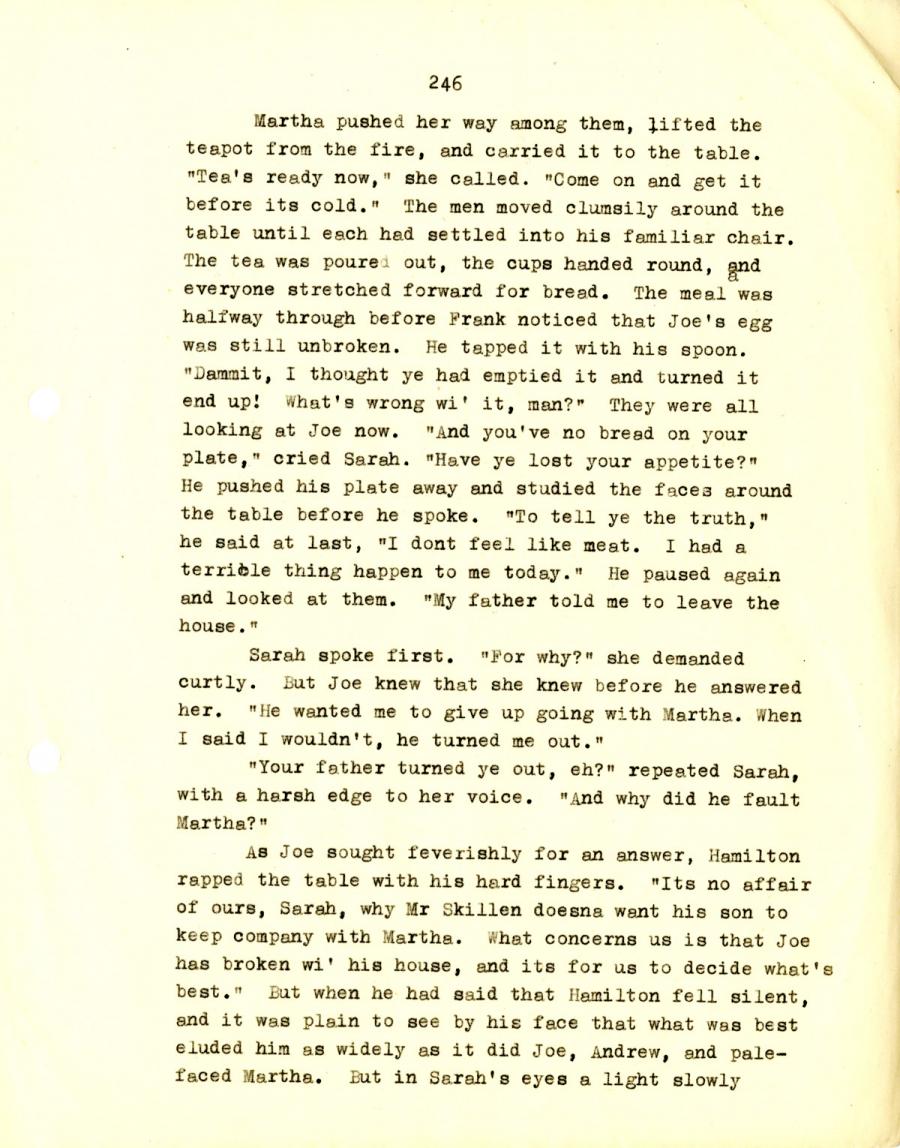 Martha pushed her way among them, lifted the
teapot from the fire, and carried it to the table.
"Tea’s ready now," she called. "Come on and get it
before its cold." The men moved clumsily around the
table until each had settled into his familiar chair.
The tea was poured out, the cups handed round, and
everyone stretched forward for bread. The meal was
halfway through before Frank noticed that Joe’s egg
was still unbroken. He tapped it with his spoon.
"Dammit, I thought ye had emptied it and turned it
end up! that's wrong wi' it, man?" They were all
looking at Joe now. "And you’ve no bread on your
plate," cried Sarah. "Have ye lost your appetite?"
He pushed his plate away and studied the faces around
the table before he spoke. "To tell ye the truth,"
he said at last, "I dont feel like meat. I had a
terrible thing happen to me today." He paused again
and looked at them. "My father told me to leave the
house."

Sarah spoke first. "For why?" she demanded
curtly. But Joe knew that she knew before he answered
her. "He wanted me to give up going with Martha. When
I said I wouldn’t, he turned me out."

"Your father turned ye out, eh?" repeated Sarah,
with a harsh edge to her voice. "And why did he fault
Martha?"
As Joe sought feverishly for an answer, Hamilton
rapped the table with his hard fingers. "Its no affair
of ours, Sarah, why Mr Skillen doesna want his son to
keep company with Martha. What concerns us is that Joe
has broken wi' his house, and its for us to decide what's
best." But when he had said that Hamilton fell silent,
and it was plain to see by his face that what was best
eluded him as widely as it did Joe, Andrew, and pale-
faced Martha. But in Sarah's eyes a light slowly