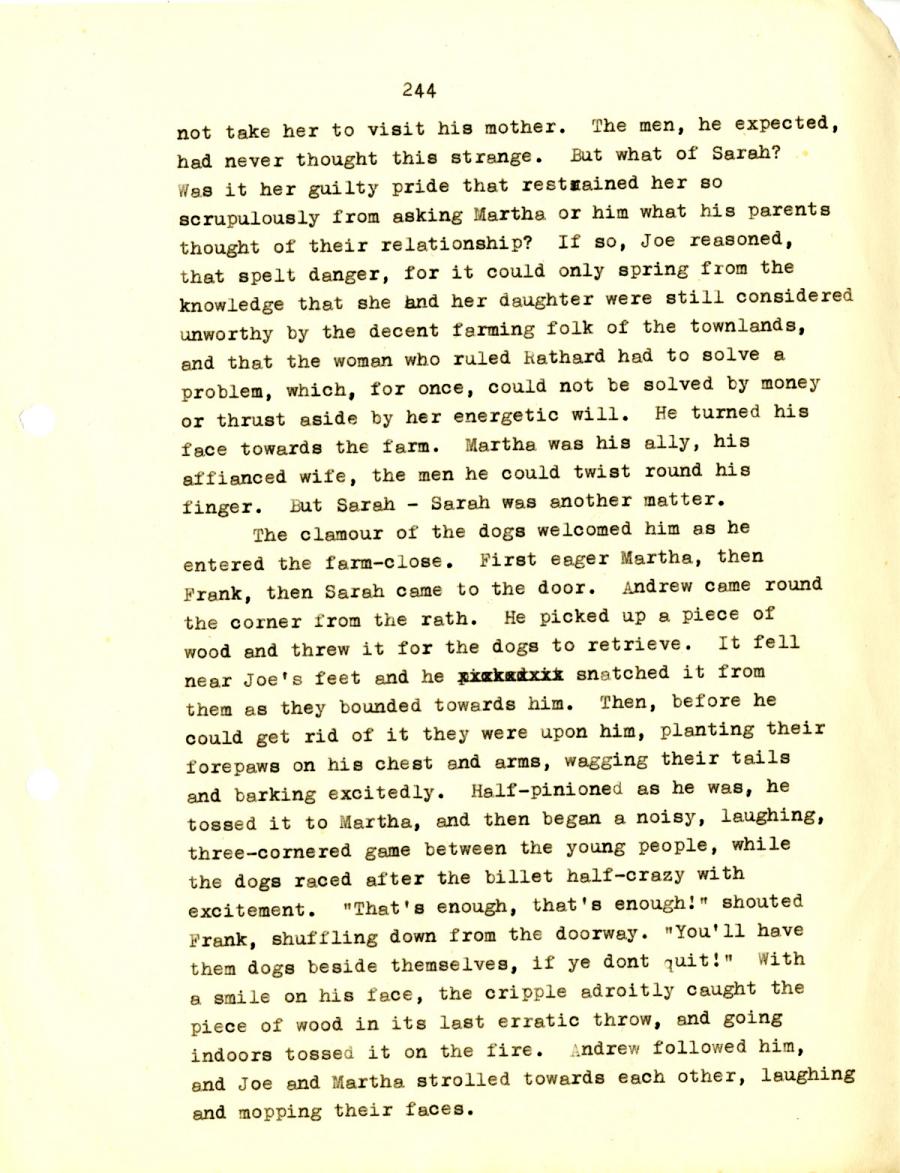 not take her to visit his mother. The men, he expected,
had never thought this strange. But what of Sarah?
Was it her guilty pride that resteained her so
scrupulously from asking Martha or him what his parents
thought of their relationship? If so, Joe reasoned,
that spelt danger, for it could only spring from the
knowledge that she and her daughter were still considered
unworthy by the decent farming folk of the townlands,
and that the woman who ruled Rathard had to solve a
problem, which, for once, could not be solved by money
or thrust aside by her energetic will. He turned his
face towards the farm. Martha was his ally, his
affianced wife, the men he could twist round his
finger. But Sarah - Sarah was another matter.

The clamour of the dogs welcomed him as he
entered the farm-close. First eager Martha, then
Frank, then Sarah came to the door. Andrew came round
the corner from the rath. He picked up a piece of
wood and threw it for the dogs to retrieve. It fell
near Joe's feet and he