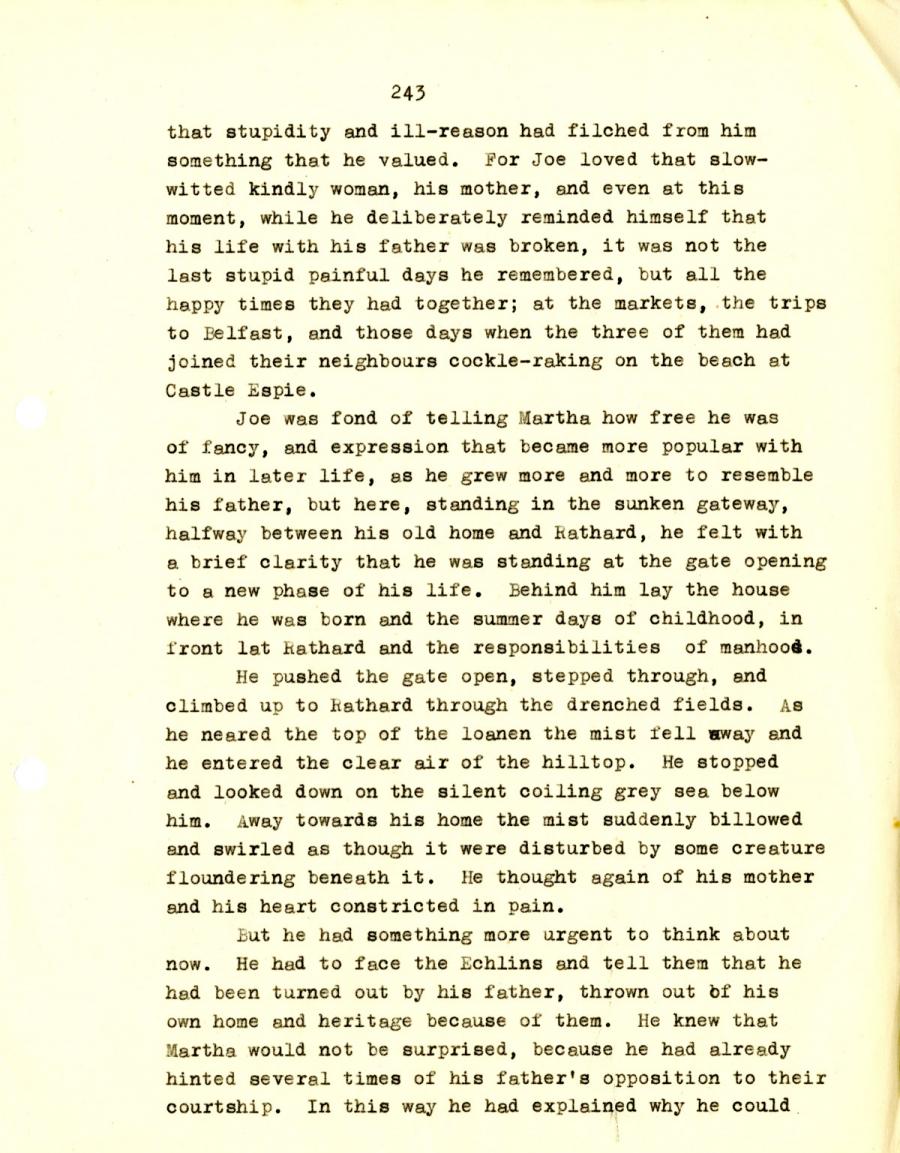 that stupidity and ill-reason had filched from him
something that he valued. For Joe loved that slow-
witted kindly woman, his mother, and even at this
moment, while he deliberately reminded himself that
his life with his father was broken, it was not the
last stupid painful days he remembered, but all the
happy times they had together; at the markets, the trips
to Belfast, and those days when the three of them had
joined their neighbours cockle-raking on the beach at
Castle Espie.

Joe was fond of telling Martha how free he was
of fancy, and expression that became more popular with
him in later life, as he grew more and more to resemble
his father, but here, standing in the sunken gateway,
halfway between his old home and Rathard, he felt with
a brief clarity that he was standing at the gate opening
to a new phase of his life. Behind him lay the house
where he was born and the summer days of childhood, in
front lay Rathard and the responsibilities of manhood.

He pushed the gate open, stepped through, and
climbed up to Rathard through the drenched fields. As
he neared the top of the loanen the mist fell away and
he entered the clear air of the hilltop. He stopped
and looked down on the silent coiling grey sea below
him. Away towards his home the mist suddenly billowed
and swirled as though it were disturbed by some creature
floundering beneath it. He thought again of his mother
and his heart constricted in pain.

But he had something more urgent to think about
now. He had to face the Echlins and tell them that he
had been turned out by his father, thrown out bf his
own home and heritage because of them. He knew that
Martha would not be surprised, because he had already
hinted several times of his father’s opposition to their
courtship. In this way he had explained why he could