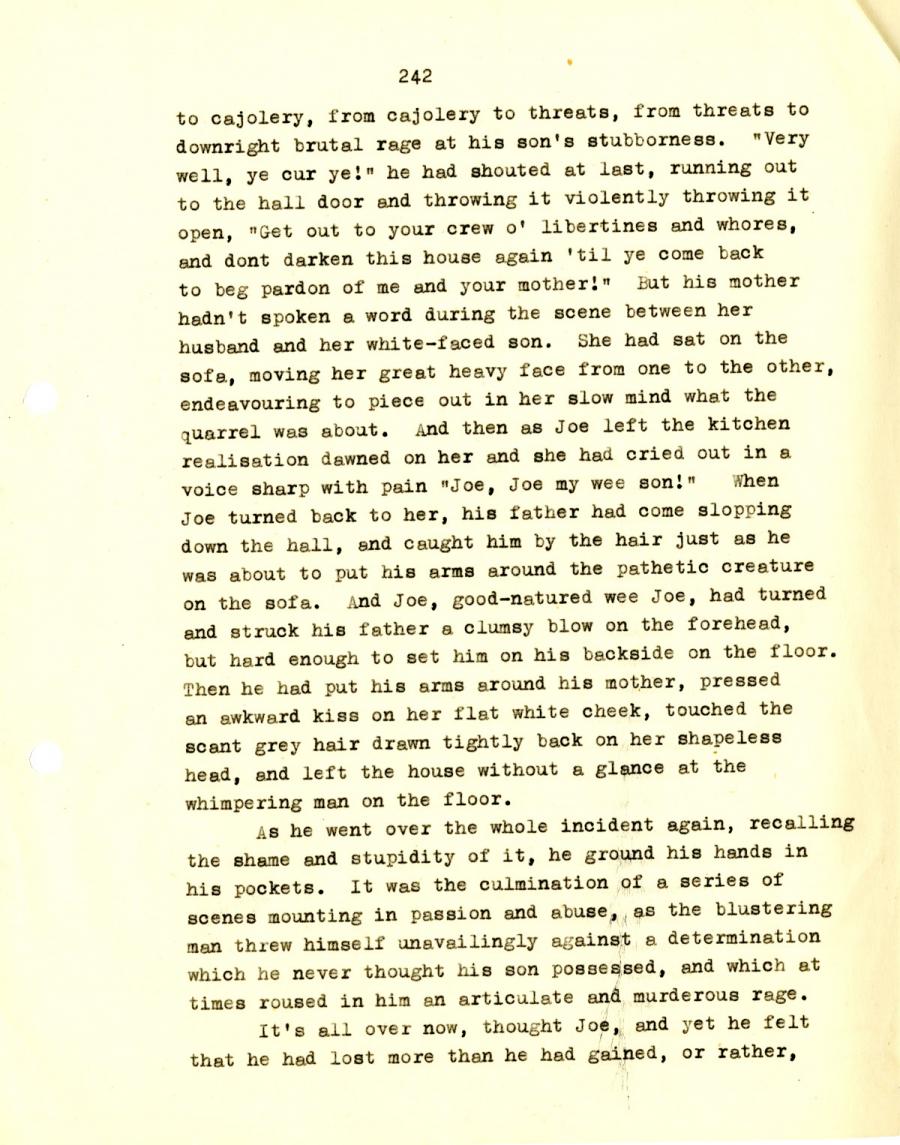 to cajolery, from cajolery to threats, from threats to
downright brutal rage at his son's stubborness. "Very
well, ye cur ye!" he had shouted at last, running out
to the hall door and throwing it violently throwing it
open, "Get out to your crew o' libertines and whores,
and dont darken this house again 'til ye come back
to beg pardon of me and your mother!" But his mother
hadn't spoken a word during the scene between her
husband and her white-faced son. She had sat on the
sofa, moving her great heavy face from one to the other,
endeavouring to piece out in her slow mind what the
quarrel was about. And then as Joe left the kitchen
realisation dawned on her and she had cried out in a
voice sharp with pain "Joe, Joe my wee son!" When
Joe turned back to her, his father had come slopping
down the hall, end caught him by the hair just as he
was about to put his arms around the pathetic creature
on the sofa. And Joe, good-natured wee Joe, had turned
and struck his father a clumsy blow on the forehead,
but hard enough to set him on his backside on the floor.
Then he had put his arms around his mother, pressed
an awkward kiss on her flat white cheek, touched the
scant grey hair drawn tightly back on her shapeless
head, and left the house without a glance at the
whimpering man on the floor.

As he went over the whole incident again, recalling
the shame and stupidity of it, he ground his hands in
his pockets. It was the culmination of a series of
scenes mounting in passion and abuse, as the blustering
man threw himself unavailingly against a determination
which he never thought his son possessed, and which at
times roused in him an articulate and murderous rage.

It's all over now, thought Joe, and yet he felt
that he had lost more than he had gained, or rather,