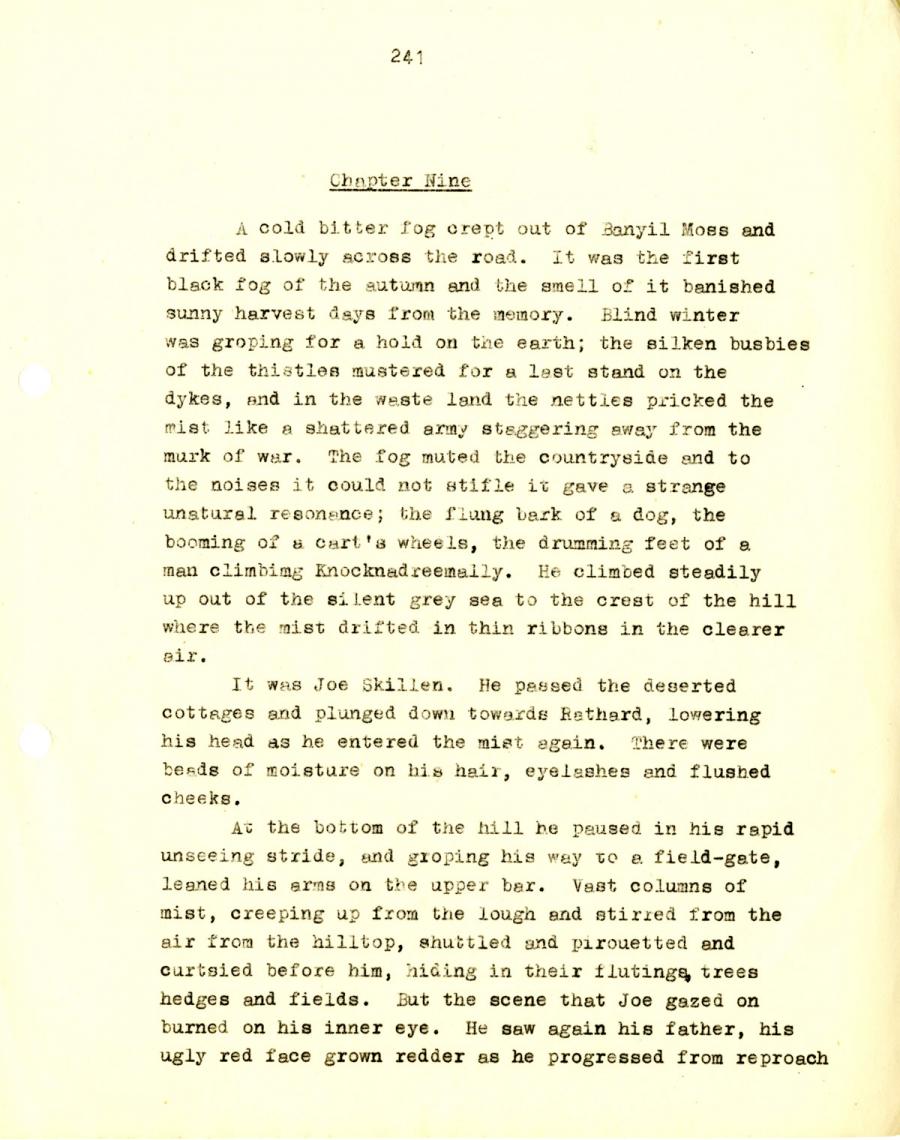 A cold bitter fog erect out of Banyil Moss and
drifted slowly across the road. It was the first
black fog of the autumn and the smell of it banished
sunny harvest days from the memory. Blind winter
was groping for a hold on the earth; the silken busbies
of the thistles mustered for a last stand on the
dykes, and in the waste land the nettles pricked the
mist like a shattered army staggering away from the
murk of war. The fog muted the countryside and to
the noises it could not stifle it gave a strange
unatural resonance; the flung bark of a dog, the
booming of a cart's wheels, the drumming feet of a
man climbimg Knocknadreemaily. He climbed steadily
up out of the si Lent grey sea to the crest of the hill
where the mist drifted in thin ribbons in the clearer
air.

It was Joe Skillen. He passed the deserted
cottages and plunged down towards Rathard, lowering
his head as he entered the mist again. There were
beads of moisture on his hair, eyelashes ana flushed
cheeks.

At the bottom of the hill he paused in his rapid
unseeing stride, and groping his way to a field-gate,
leaned his arms on the upper bar. Vast columns of
mist, creeping up from the lough and stirred from the
air from the hilltop, shuttled and pirouetted and
curtsied before him, hiding in their flutings trees
hedges and fields. But the scene that Joe gazed on
burned on his inner eye. He saw again his father, his
ugly red face grown redder as he progressed from reproach