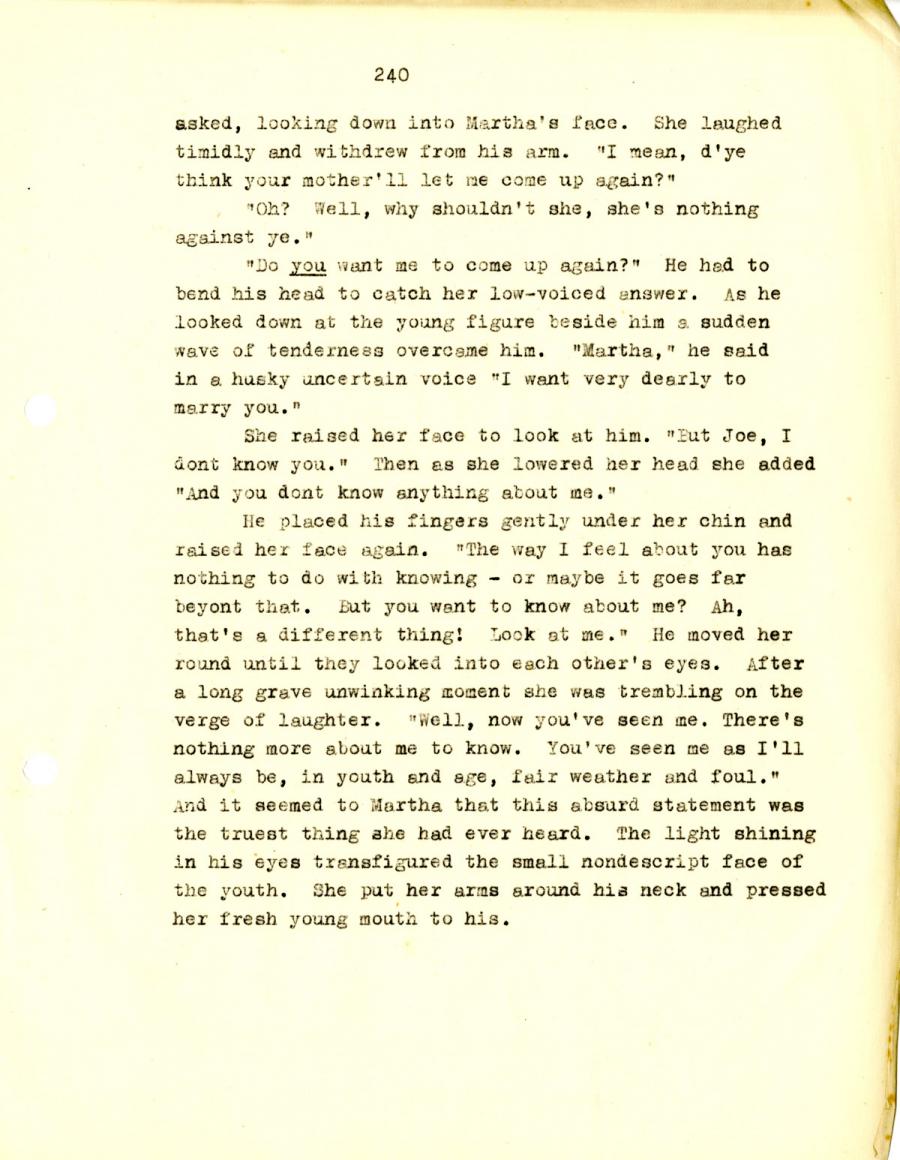 asked, looking down into Martha’s face. She laughed
timidly and withdrew from his arm. ’’I mean, d’ye
think your mother’ll let me come up again?”

”Oh? Well, why shouldn't she, she’s nothing
against ye."

"Do you want me to come up again?” He had to
bend his head to catch her low-voiced answer. As he
looked down at the young figure beside him a sudden
wave of tenderness overcame him. "Martha,” he said
in a husky uncertain voice ”I want very dearly to
marry you."

She raised her face to look at him. "But Joe, I
dont know you." Then as she lowered her head she added
"And you dont know anything about me.”

He placed his fingers gently under her chin and
raised her face again. "The way I feel about you has
nothing to do with knowing - or maybe it goes far
beyond that. But you went to know about me? Ah,
that's a different thing! Look at me.” He moved her
round until they looked into each other's eyes. After
a long grave unwinking moment she was trembling on the
verge of laughter. "Well, now you’ve seen me. There’s
nothing more about me to know. You’ve seen me as I'll
always be, in youth and age, fair weather and foul."

And it seemed to Martha that this absurd statement was
the truest thing she had ever heard. The light shining
in his eyes transfigured the small nondescript face of
the youth. She put her arms around his neck and pressed
her fresh young mouth to his.