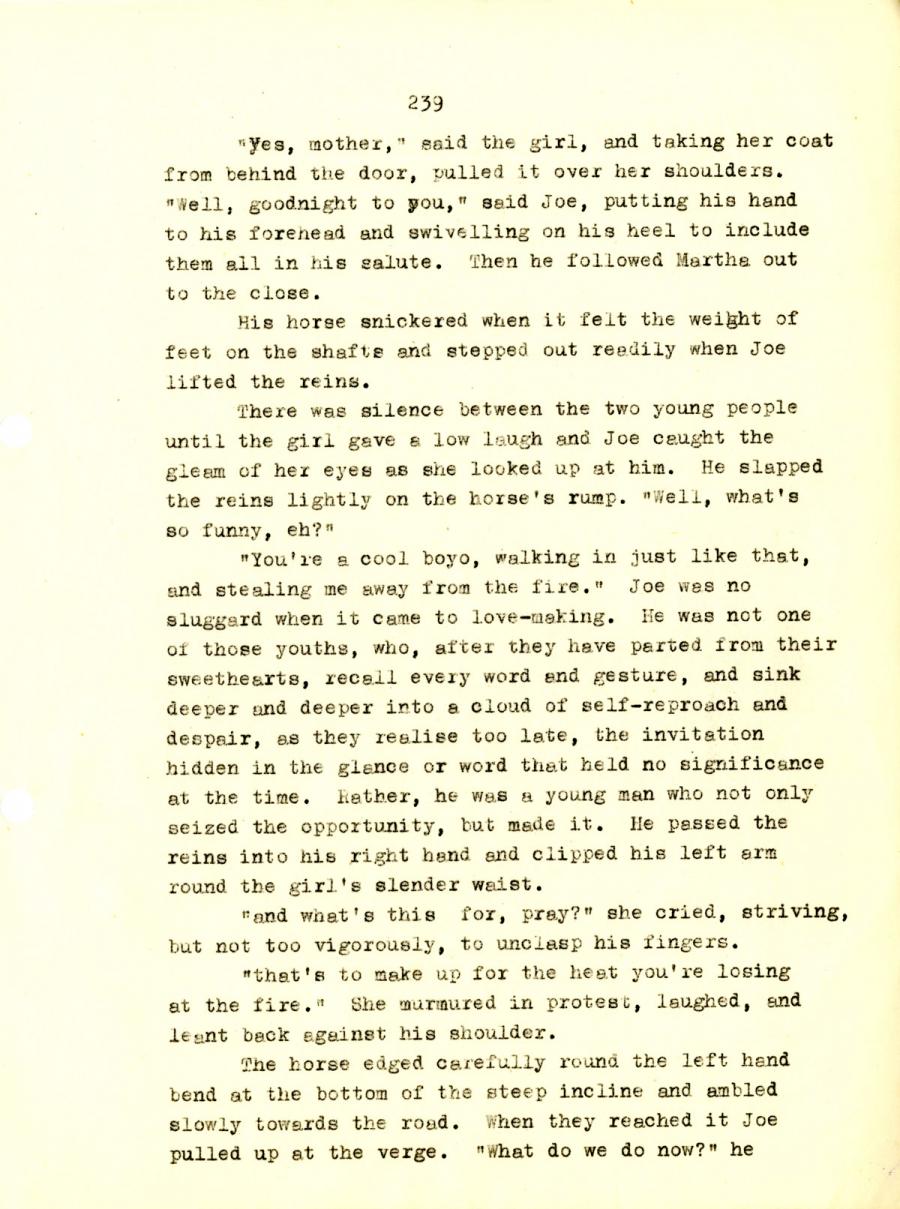 "Yes, mother," said the girl, and taking her coat
from behind the door, pulled it over her shoulders.
"Well, goodnight to you," said Joe, putting his hand
to his forenead and swivelling on his heel to include
them all in his salute. Then he followed Martha out
to the close.

His horse snickered when it felt the weight of
feet on the shafts and stepped out readily when Joe
lifted the reins.

There was silence between the two young people
until the girl gave a low laugh and Joe caught the
gleam of her eyes as she looked up at him. He slapped
the reins lightly on the horse's rump. "Well, what's
so funny, eh?

"You're a cool boyo, walking in just like that,
and stealing me away from the fire." Joe was no
sluggard when it came to love-making. He was not one
of those youths, who, after they have parted from their
sweethearts, recall every word and gesture, and sink
deeper and deeper into a cloud of self-reproach and
despair, as they realise too late, the invitation
hidden in the glance or word that held no significance
at the time. Rather, he was a young man who not only
seized the opportunity, but made it. He passed the
reins into his right hand and clipped his left arm
round the girl's slender waist.

"and what's this for, pray?" she cried, striving,
but not too vigorously, to unclasp his fingers.

"that's to make up for the heat you're losing
at the fire." She murmured in protest, laughed, and
leant back against his shoulder.

The horse edged carefully round the left hand
bend at the bottom of the steep incline and ambled
slowly towards the road. When they reached it Joe
pulled up at the verge, "What do we do now?" he