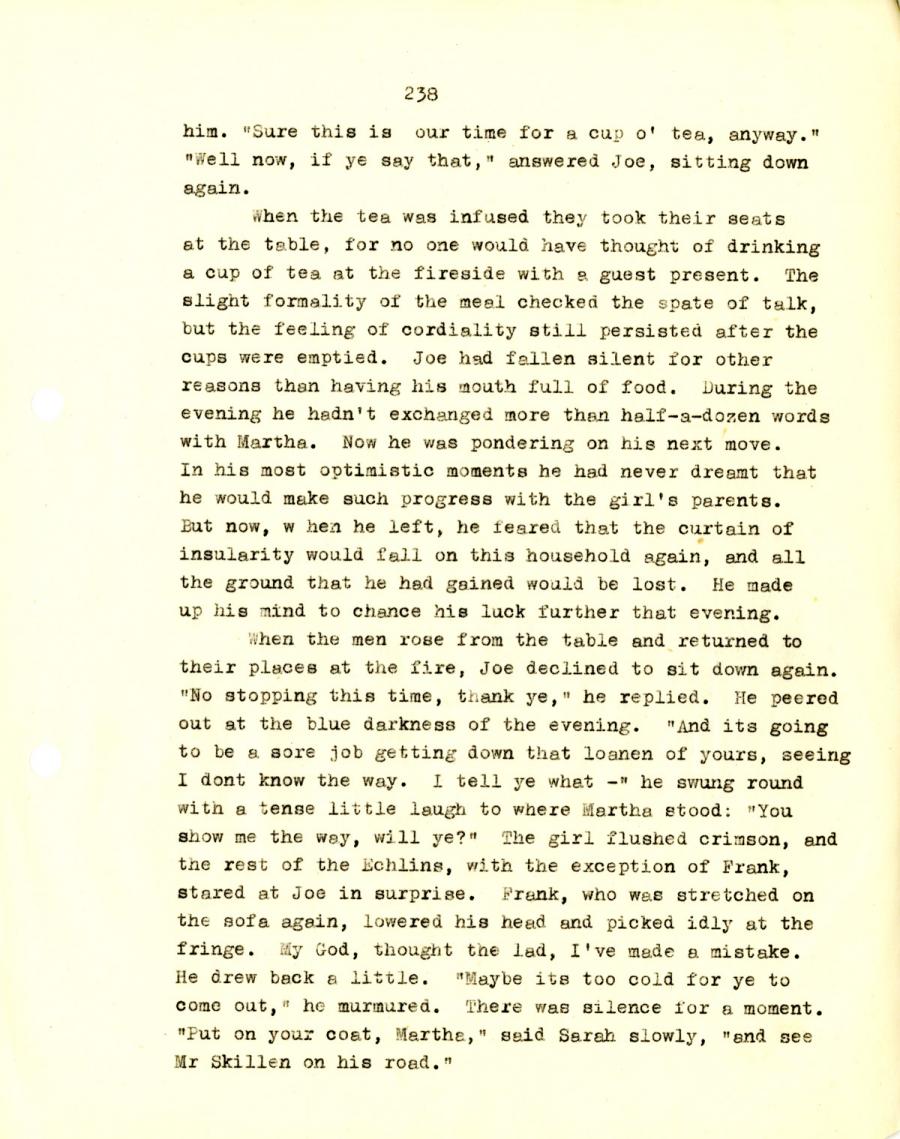 him. "Sure this is our time for a cup o’ tea, anyway."
"Well now, if ye say that," answered Joe, sitting down
again.

When the tea was infused they took their seats
at the table, for no one would have thought of drinking
a cup of tea at the fireside with a guest present. The
slight formality of the meal checked the spate of talk,
but the feeling of cordiality still persisted after the
cups were emptied. Joe had fallen silent for other
reasons than having his mouth full of food. During the
evening he hadn’t exchanged more than half-a-dozen words
with Martha. Now he was pondering on his next move.
In his most optimistic moments he had never dreamt that
he would make such progress with the girl’s parents.
But now, when he left, he feared that the curtain of
insularity would fall on this household again, and all
the ground that he had gained would be lost. He made
up his mind to chance his luck further that evening.

When the men rose from the table and returned to
their places at the fire, Joe declined to sit down again.
"No stopping this time, thank ye," he replied. He peered
out at the blue darkness of the evening. "And its going
to be a sore job getting down that loanen of yours, seeing
I dont know the way. l tell ye what he swung round
with a tense little laugh to where Martha stood: "You
show me the way, will ye?" The girl flushed crimson, and
the rest of the Echlins, with the exception of Frank,
stared at Joe in surprise. Frank, who was stretched on
the sofa again, lowered his head and picked idly at the
fringe. My God, thought the lad, I've made a mistake.

He drew back a little. "Maybe its too cold for ye to
come out," he murmured. There was silence lor a moment.
"Put on your coat, Martha," said Sarah slowly, "and see
Mr Skillen on his road."